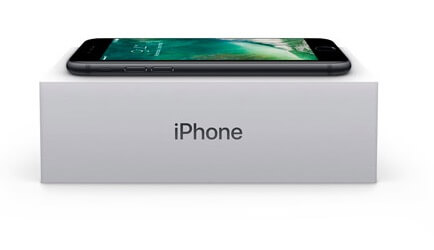 Sony Corp and Apple Inc. laid months of rumors to rest this week when they both unveiled 2016’s most anticipated gadgets. Both events took place on Wednesday the 7th and sent the internet buzzing with excitement for the year’s biggest releases. Sony showcased its PS4 Slim along with the PS4 Pro — the next generation of its flagship console. Similarly, Apple revealed the next editions of its iPhone — the iPhone 7 and 7 Plus— as well as an upgrade to its Apple Watch.

Sony officially confirmed two of the gaming world’s most talked about releases at its Playstation Meeting this week. Not only did the entertainment giant debut a slimmer version of the current PS4, but an all-new console named the Playstation 4 Pro. The PS4 Slim is set to come out next week. This compactly-housed edition of the current Playstation will go for $300. Playstation fans have the PS4 Pro to consider as well. The new machine lands in November. This greater upgrade will set buyers back $400 over the Christmas season.

Apple was just as big this week when it announced its own upgrades. A clear leader in consumer technology, the company’s iPhone releases gather millions of buyers every year, with hopefuls lining up and camping outside iStores, days before the product’s release. The new iPhone 7 range is not without its share of naysayers, but its overwhelming approval suggests it will be yet another great-selling release. Apple showed off its brand-new Apple Watch too. Reports suggest that demand for the electronic timepiece should translate nicely into the sales of its next generation.

Sony said very little about its two upcoming consoles. Although, alleged leaks and rumors offered a detailed idea of the Slim and the Pro’s specs. The PS4 was expected to be slimmed down for a long time. On Wednesday, Sony finally said that the PS4 Slim lands on September 15th. The device will start at $300.

The PS4 Pro drops later this year, which gives gamers a chance to gather the items they need to make the most of the machine’s capabilities. $400, for starters, will get you the console in November. Sony made a point of emphasizing that an HDR-compatible TV will be needed to take full advantage of the console’s features though. The Pro is pushed as fast, powerful and greater displaying gaming machine. The company also said that those who already have a PS4 don’t need to upgrade if compatibility with HDR is the only feature the are after. Next week Sony will release a firmware update that renders the PS4 HDR-compatible.

The PS4 Pro will support 4K media as well as 4K streaming. Gamers might be disappointed to know that it won’t support Ultra HD movies.  However, pre-orders are taken at select retailers and sony will reveal more of the PS4’s specs as we approach its launch.

The iPhone 7 was not nearly overshadowed though. True to the hype it builds every year, there were countless rumors making headlines with many of them being spot-on. The new device will be without a conventional 3.5mm audio port. The move is argued to offer more room for the gadget’s components. It is water resistant, too, and pushes a new line of bluetooth-powered, “floating” EarPods called AirPods. The devices also have greater storage at standard with the Plus version praised for its camera.

Apple Inc.’s iPhone 7 and 7 Plus will occupy the same prices as last year’s 6S and 6S Plus. The standard 7 will launch at $649 while the 7 Plus will go for $749. Pre-orders are now open and device start shipping on September 16th.