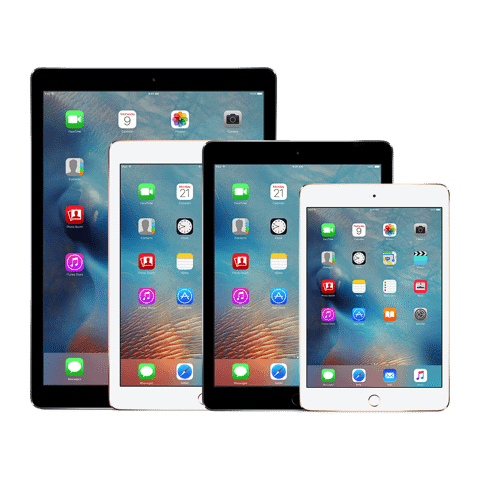 Apple Inc. is readying three new iPads, including a bezel-free 10.9-inch design, according to reports. Digital Trends reported that the company is planning to reveal the new tablets in March. On top of the new bezel-free model, the iPhone maker is expected to introduce a new 9.7-inch low-cost iPad Pro, which will be sold alongside the iPad Mini. iPads represented about 10% of the company’s revenue in the last fiscal year, according to The Motley Fool.

The bezel-free design will allow the tablet to have the same physical size as the 9.7-inch iPad Pro, while offering a larger display. The news about the bezel-free design comes from a research note obtained by MacRumors from analysts at Barclays Research.

The upcoming iPad refresh is said to replace the 9.7-inch tablet with 10.1 inch model. The new tablets will include displays supporting the wider DCI-P3 color gamut, according to reports.

Apple is rumored to add True Tone display technology to the new iPad models, allowing the devices to adjust the color temperatures of their displays in real time. True Tone is currently available on the 9.7-inch iPad Pro.

Previously, Bloomberg’s Mark Gurman reported that the new iPad would use a “faster display technology.” The high refresh rate displays will significantly improve the user experience in day-to-day usage and enhance the experience in gaming applications.

Apple is unlikely to update the iPad Mini. Analysts expect that the company will continue selling the iPad Mini 4, which made a debut in September 2015.

Rumors suggest that the new iPads will all feature 12-megapixel sensors, and will come with wide color displays.

KGI analyst Ming-Chi Kuo believes that Apple Inc. will introduce a 12.9-inch iPad Pro 2, a 10.5-inch iPad Pro, and a low-cost 9.7-inch iPad. He said in note to clients that the company will bring “revolutionary” changes to the iPad’s design in 2018 to attract more customers as iPads sales continue to decline.

Apple Inc. continued its lead of the global tablet market in the second quarter despite a decline in overall sales, according to a report from the research firm IDC.

The iPhone maker was able to sell nearly 10 million iPads during the April-June period, compared to 11 million units sold in the same quarter last year. iPad is becoming popular with corporations and governments, according to a published in The New York Times. Forrester analyst Frank Gillet told the newspaper that the company “is stronger in the enterprise market with its devices than it is with consumers.”

Analyst Kuo cut his total 2016 shipment forecast from 45–50 million to 35–40 million mainly due to a lack of new models before the end of the year. In addition, the analyst expects decline in shipments despite updated models in 2017 because of general trends in the tablet market.

Last month, Apple launched the new MacBook Pro line up at the end of October. The firm unveiled two models: a 13-inch and a 15-inch machine.