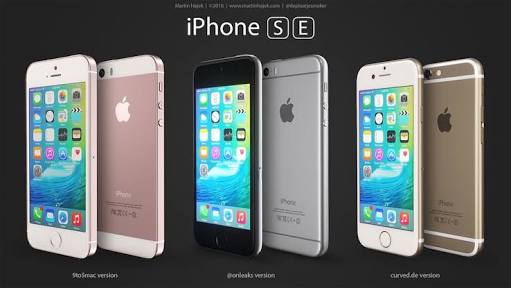 Apple Inc.  recently reported results that indicated that its 13-year run of consecutive revenue increases, disappointing even its most astute shareholders.

Its woes are still not far from over. The company has been banned from selling refurbished iPads and iPhones in India, which its CEO Tim Cook recently said would be its newest growth frontier. The Ministry of Environment and Forests has said allowing Apple to do so would violate India’s Hazardous Waste Rules 2008.

Apple had filed an application in December with the ministry’s Technical Review Committee (TRC). However, the committee turned down the request, saying that doing so would led to the accumulation of e-waste in the country.

Prakash Javadekar, the Minister for Environment and Forests in India, told the nation’s lawmakers that the Central Pollution Control Board found that India generated nearly 800,000 metric tonnes of e-waste in 2005.

Apple had applied to sell the pre-owned iPhones, which it would have sourced from China.

The ruling is set to embarrass Prime Minister Narendra Modi, who personally requested Cook to establish a manufacturing facility in India when he visited the US. Cook agreed to do so.

Sources at the TRC said the refurbished electrical and electronic appliances tend to have a shorter functional life. They also become obsolete faster, which adds to the nation’s e-waste burden. However, the TRC noted that imported refurbished electrical and electronic appliances which were less than three years old and an additional five years lifespan could be permitted to be sold in India.

This claim was denied by Apple in its application. The company said its iPhones weren’t regular refurbished smartphones, since they were built by its original equipment manufacturers. They also followed the same quality assurance and manufacturing processes as that for new devices.

The phones couldn’t also be regarded as second-hand, since they were subjected to the same standards for testing and quality as new devices. The phones also had a one-year warranty, and had a new IMEI and serial number. Apple also defended itself, saying it stuck to high standards of recycling and e-waste control.

It is understandable why Apple wants to increase its footprints in the Indian market. While growth in China has slowed down, sales of iPhones in India grew. iPhone sales fell 11 percent in China, but rose by 56 percent in India.

TRC’s decision is still unlikely to discourage Apple from its plans to establish a technology development centre for $25 million. The centre will be located in the Indian city of Hyderabad.

So far, Apple is awaiting a clearance by the Indian government to begin setting up the centre, which will cover an estimated 250,000 square feet. Apple will create maps at the centre, which users can use on their Mac computers and iPhones.

In other news, it is worth noting that while Apple sold 51.1 million iPhones in the previous quarter, the figure is impressive. It is clear that the figure lags behind the 61.1 million iPhones sold in the similar quarter a year earlier, but it is no reason for alarmist investors to call for Cook’s ouster.

It just beats logic to fire a CEO who marshaled his team to generate more revenue than Facebook Inc. , Alphabet Inc.’s Google and Microsoft Corporation combined in the same quarter.

However, the reality remains that Apple will have to find a way to convince investors that iPhone still retains its market appeal.

Apple could boost sales of the iPhone in various ways, such as releasing the much-awaited iPhone 7. This device could mark the start of a huge upgrade development cycle.

And then there is the 1.2 billion-people Indian market. Considering how iPhone sales once tremendously boomed in China, Cook is confident that India could replicate the same feat in India.

Not as Easy as It Seems

On the surface, this idea looks sensible. Not until a deeper analysis reveals that the market realities between India and China a few years ago are markedly different.

As shown above, Apple failed to capture India’s emerging smartphone market using affordable refurbished iPhones. Thankfully, Apple has released the iPhone SE, which though cheaper than the iPhone 6S, is a bit costlier than a used iPhone 5S. Still, the iPhone SE price could help it capture a sizeable share of the market.

Moreover, while India and China both have at least 1 billion people, the Indian economy is less developed. This means the number of people who can acquire an iPhone in India are fewer than were in China when iPhone was launched in that market.

Pew Research noted that less than 2 percent of Indian people make at least $20 per day. This means Apple has a lot of work cut out for it in its quest to make inroads in India. An expanded presence there doesn’t mean that the company’s executives at Cupertino, Calif. will toast to another round of increased quarterly revenues.