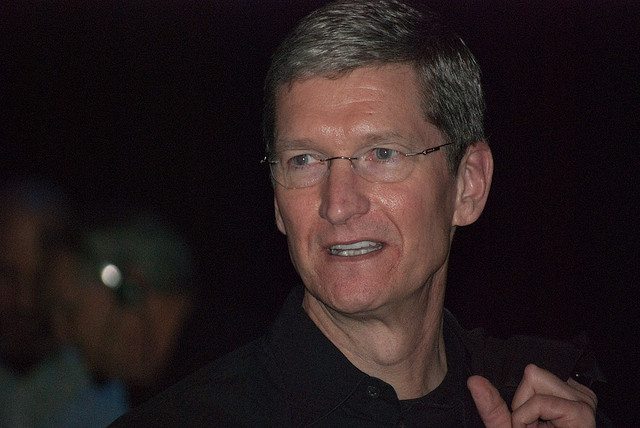 Update 16:07 EDT: Remember that Apple will probably keep us waiting until around 16:30 EDT. That’s the usual trend. If you’re looking for something to do until then, have a look at Chipotle after hours.

Update 16:08 EDT: You could also have a look at GoPro after hours. Bad day for the new guys. Apple, Microsoft  and Yahoo! still to report.

Update 16:11 EDT: Looks like Yahoo missed too. 16c VS 18c. Stock down a fraction right now, but the real value is still in Alibaba.

Update 16:12 EDT: Microsoft beat 62 cents versus 56 expected by Wall Street. Shares are down after hours, back to last week’s levels.

Update 16:13 EDT: Shares are now up a fraction in After-market, but we’re still waiting for the numbers.

Update 16:23 EDT: We’re getting there now, just a few more minutes. GoPro shares have bounced back, but Chipotle is still massacred. Maybe Apple being the new Chipotle isn’t such a good thing.

Update 16:32 EDT: Wall Street clearly had a big beat priced in. The stock is getting wiped right now.

Update 16:34 EDT: looks like the Q4 guidance triggered the drop. Apple says revenue will hit $49-$50bn next quarter. That might mean no iPhone release in September.

Update 16:36 EDT: iPhone sales came in at 47.5m, below Wall Street’s view of closer to 50m, some times Apple gets guidance right.

Update 16:37 EDT: Watch sales also look really low. “Other” sales cam in at $2.6bn, ahead of $1.7bn last quarter. That means something like $900m in Watch sales, about half what Wall Street as looking for.

Update 16:40 EST: Apple shares have recovered a little, but things really do look bad for the firm right now. It’s going to be an interesting night, and Wednesday, on Wall Street. The conference call is at 5 PM EST.

Apple Inc.  will reveal its earnings for the three months through June after the market closes in New York on Tuesday July 21. The firm is expected to have a great quarter, but Wall Street isn’t worried about that. The performance of the firm in the year ahead is what really matters, and the numbers this afternoon may give us some insight into that.

Wall Street is looking for Apple to show earnings of $1.80 per share by consensus this afternoon. Revenue is expected to come in at $49.3bn. In the same three months of 2014 Apple showed earnings of $1.28 per share on sales of $37.43bn. We’ll update live here when all the numbers come in. Remember that Apple likes to keep Wall Street waiting, so tweeting Tim Cook isn’t going to make them release the report any sooner.

Wall Street is guiding for sales of 49m iPhones from Apple during the quarter, and that’s the number everyone’s going to be looking at first. iPad sales are set to come in around 10m, but Wall Street seems to have stopped caring about the weakness in the business. Tim Cook has promised that a fix for the tablet trouble is coming, and for now traders just have to believe him.

Gross margins, another number that analysts are obsessed with, will likely be talked about after the numbers release too. They’re thought to be heading toward the promised land of 40 percent that they hit in the March quarter. Wall Street is looking for 39-40 percent this afternoon.

How about those Watch numbers?

One of the big questions heading into this afternoon’s report is whether Apple will release its Watch numbers. The firm has said that the sales numbers won’t be clearly seen in its reports, but that doesn’t mean he, or Luca Maestri, won’t wax on about great demand for the gadget this afternoon.

A good bet is that Apple   won’t show off the numbers from the Watch, and the accounting will hide them from the analysts of Wall Street. Apple tends to be full of surprises, however so Tim Cook might change his mind.

Wall Street knows how great the sales of the iPhone 6 were, and most don’t expect Apple   to be able to keep growing its phones sales at the amazing rate of 2015. That means that more attention will be paid to other businesses this time around.

With the Apple Watch likely hidden from view, and iPad sales looking very weak heading into the reveal, it’s not clear what segment analysts are going to get excited about. New business, like Apple Music and Apple Pay, hasn’t grown enough to generate cash.

In the case of Music the business hasn’t started charging just yet, meaning that it’s been burning cash since launch. Mac sales will likely come in strong for the quarter, but it’s unlikely that the PC business is going to give traders what they’re looking for after close.

This earnings report, and those from Apple for the next twelve months, are going to define a new direction for the business as iPhone growth slows down.