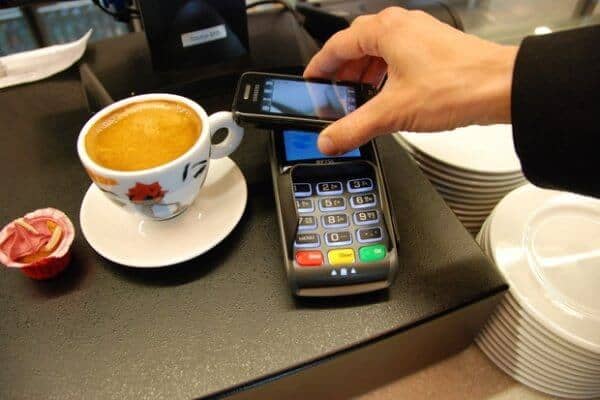 Apple Inc. (NASDAQ:AAPL) is in a battle with five of Australia’s banks. Commonwealth Bank, NAB and Westpac, three of the nation’s biggest banks, and two smaller financial institutions are not too pleased with Apple Pay. The five banks are trying to limit Apple’s tight hold on a massive revenue generator: mobile pay. At the same time, these banks are ruining their own reputations as observers accuse them of maintaining cartel behavior.

Apple’s mobile payment platform is making considerable strides in the marketplace. The contactless payment method has become a popular method of payment for consumers everywhere. Due to the overwhelming adoption rate, banks are hopping on the Apple Pay train.

The biggest complaint is that Apple is not opening up its hardware capabilities. Over the last several months, banks have complained that Apple is not permitting access to the intricacies pertaining to its NFC hardware. Simply put: banks want their apps to access Apple’s chip technology.

Despite the widespread disappointment, Apple Inc does not have any intentions to open up access to the hardware.

Moving forward, the banks in Australia want to establish dedicated third-party apps that can utilize tap-and-pay for the iPhone. What makes this interesting is that the banks don’t actually want to use Apple Pay itself.

Is this a fair practice? That will now indirectly be up to the country’s competition watchdog.

Commonwealth Bank, NAB, Westpac, Adelaide Bank and Bendigo have applied to the Australian Competition and Consumer Commission (ACCC). The reason why it’s indirect is because the banks are just seeking approval for collective bargaining power, which would allow them to combat Apple as one group. Without the go ahead from the ACCC, they would be charged with collusion. In the Land Down Under, any kind of collusion between banks is deemed illegal.

So far, the ACCC rejected the banks’ request for “interim authorization.” This means, the banks will have to wait until October to receive the final decision regarding collective bargaining power.

But are all the banks in Australia frustrated over Apple Pay? Not really.

ANZ, a bank in Australia with five million customers, is enthusiastic over Apple Pay. It claims that 20 percent of its “eligible” customers have uploaded their card details to the tech titan’s free digital wallet. The reason why ANZ isn’t as upset as its rivals is because Apple controls 41 percent of the nation’s smartphone market. Since more young people are using technologies like Apple Pay, ANZ wants a piece of the pie.

What Does Apple Inc. Think of the Battle with the Banks?

At first, Apple dismissed the initial suggestion on security concerns. Later, Apple accused the banks of acting as an unlawful cartel. Neither remarks seemed to phase the five banks working to take down Apple. Therefore, it submitted a 21-page formal submission to the ACCC. Inside, it provided additional reasons as to why the ACCC can’t enable the banks to collude.

Apple warned against permitting collusion. It said a cartel would actually amplify a current problem that has been mentioned by the ACCC: the biggest banks controlling more of the financial market.

“It’s fair to say that, even though you’ve got four main players, they do have about 85 to 90 per cent of the market share and the competition between them is not as intense as you’d expect,” Apple said.

Apple also said that talking with the four banks collectively would slow things down considerably. By taking part in sluggish discussions, the pace of innovation within the mobile wallet realm would stall.

“The only effect that the proposed collective bargaining/boycott could have is to further delay, or even block, the expansion of Apple Pay in Australia,” the submission stated. “This will put a brake on new competition, with respect to digital presentment methods and retail banking services more broadly, by stifling the incentive for existing players to develop innovative new solutions that build upon and compete against the security, privacy and convenience of Apple Pay.”

Nevertheless, Apple is looking to take a big bite into the banks’ share of the marketplace.