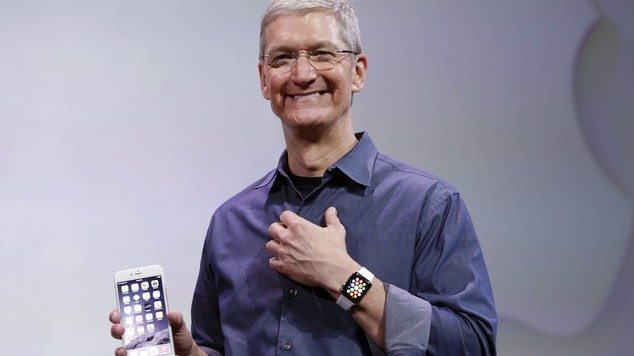 Apple Inc. (NASDAQ: AAPL) is having a hard time getting the partnerships it needs in order to make Apple Pay a worldwide phenomenon. The tech company is aiming at China right now, if statements Tim Cook made yesterday are to be believed. The CEO told the country’s Xinhua news agency, “I’m very bullish on Apple Pay in China.”

Apple is believed to be working on introducing Apple Pay into China with a number of partners. A surprise name on that lise is Jack Ma vehicle Alibaba Group Holding Ltd (NASDAQ: BABA). The Chinese e-commerce giant is apparently runs Alipay, the single biggest payment processor in China right now.

According to CNBC a deal between Apple and Alibaba Group Holding is in the works behind the scenes. Apple needs partners with financial backing in order to operate its payments system in international markets. In the United States the system has the support of many leading banks and credit card companies, including discover.

Without financial partners, Apple would have to set up its own clearing systems in each country, opening it up to an entirely new business. The company has no wish to get involved at that level because of the capital intensity and the regulatory complexity.

Should Apple actually become a bank, the Financial Industry Regulatory Authority might be able to force it to repatriate some of that $200 billion cash pile. Working with Alibaba on the ground, a company that already has set up a payment system in China, may be an ideal solution.

Last year, Alibaba’s Jack Ma let slip that he could indeed be working with Apple to bring Apple Pay to China. Ant Financial, the Alibaba subsidiary that works with AliPay, is apparently in negotiations with a Cupertino team about the coalition.

China has a much more mobile tech world than the West owing, perhaps, to tradition. The advent of the cheap smartphone meant that an Apple or a Samsung product was much more likely to be an ordinary citizen’s first contact with the internet than a Dell or HP PC. Mobile payments, too, are likely to be something that many Chinese citizens will grow up with, rather than be forced to learn.

That makes China a powerful market for Apple, and with such a grip on the smartphone market in the country, it is the Cupertino company’s battle to lose. After the most recent earnings report authored by Apple CFO Luca Maestri, Tim Arcuri, an analyst at Cowen and Company, highlighted the power of Apple pay going forward.

According to Mr. Arcuri Apple is likely to see slowdown in growth of iPhone sales as the world market simply becomes saturated. An International Data Corp survey released on Monday May 11 showed that smartphone sales in the country were already slowing in the first quarter of 2015.

That means, Mr. Arcuri continued, that Apple will have to innovated and go elsewhere for sales growth. In his mind services are key and Apple Pay, along with the new Apple streaming service Beats Music, will be key growth generators going forward.

Sundeep Bajika, the head of Apple research at Jeffries, says that Apple Pay will be the Killer App for selling the Apple Watch to the world at large.