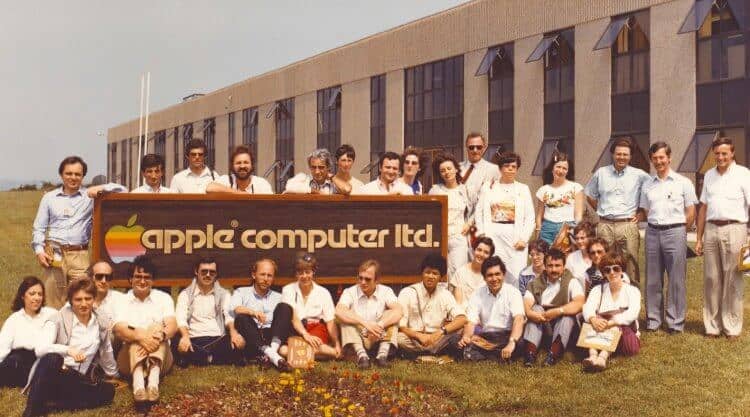 Apple Inc. (NASDAQ:AAPL) may be the famous of the firms using Ireland to lower its tax bill, but Tim Cook’s concern is far from the only business based in the country. Martin Sheehan, head of the country’s FDI agency , called IDA Ireland, says that the EU probe into the firm isn’t going to harm Ireland as a place to do business.

Mr. Sheehan made the comments to the Irish Examiner, a newspaper based in Cork where Apple conducts most of its international finances. He said that the process “hasn’t had any impact on FDI (Foreign Direct Investment) in any shape or form.” That may change as the probe goes on.

Mr. Sheehan made it clear that “The commission announced an investigation — that’s what it is, an investigation. There has been no finding.” He says that Ireland will keep to its line that there has not been any State aid to Apple business in the country. The EU is looking at the tax deals that Apple has in the country, in order to find out whether they were in breach of EU rules.

Rod Hall of JPMorgan says that if the EU finds that the deal was in breach of the law Apple may be on the hook for a $19 billion tax bill. That’s not in the interest of either Apple or Ireland, even though the state would receive that payment. The island relies heavily on capital from American firms in order to keep employment, and wages, high.

Mr. Sheehan added that Ireland’s government “has said it will defend any contrary finding aggressively.” The Examiner report, which was written by Business Editor Eamon Quinn, asked hard questions about the actual impact of the new €800, investment Apple was making in Athenry, Co. Galway.

The IDA says that Ireland is one of the best places in the world to do business, and the agency seeks to help big firms invest in the country. Tax, along with office rent, the economy and labor costs, is among the reasons that the agency gives as a good reason to invest in the state.

The IDA highlights the low 12.5% headline rate on its site, but doesn’t give much room to the kind of deal that allowed Apple to pay such a tiny rate on its income in the country.

Mr. Quinn asked Mr. Sheehan if there was any truth to the story that “data centres do not produce many jobs?” Mr. Sheean said “You can’t put €800m into a town such as Athenry without having an immediate positive economic impact.” He did not go on to say how many real, full time, jobs would be created by the data center.

Ireland needs Apple, and the rest, for jobs

Ireland attracts skilled labor from all over the European Union, and further afield, because of the scale of Apple, and other tech giant, offices in the country. Facebook, Intel, Google and Microsoft all have bases in Ireland, but the largest tech firms aren’t the only firms bringing their business to the country.

Ireland has recovered quickly and strongly from its fiscal and banking collapse brought on by the 2008 crisis and a property bubble that existed in the decade leading up to it. The State’s growth for the full year will come in at 5.4% says business group IBEC, higher than forecasts for the EU as whole and every other nation in the Union.

At a tax conference in Dublin on June 5, the country’s Taoiseach, or Prime Minister, Enda Kenny said that “Ireland will play fair, but we will play to win” the EU tax case.

Ireland’s economy is on the line. Even its 12.5% headline tax rate for firms is not enough to keep them in the country. The deals that are in place, and the tax movements that are allowed by the tax agency in the country, allow firms to lower their real tax rate.

Mr. Hall of JPMorgan says that Apple paid tax on just 1% of its sales across the world in Ireland. That tax bill is negligible for the country, but the taxes on wages that Apple pays to its workers are not.

That’s the money that Ireland is afraid of losing, and a $19bn one time payment from Apple cannot make up for the loss of mass investment into the island.

Mr. Sheehan of the IDA says that he is focused on bringing smaller, high growth firms into Ireland to secure the future of the country’s tax base. “The bet is that, because they are already in Ireland, some at least will grow and operate their international offices out of Ireland,” he told the paper.