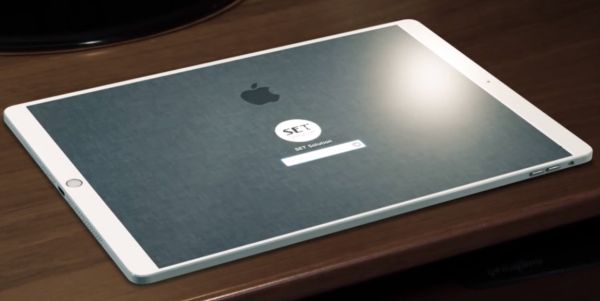 Apple Inc. (NASDAQ:AAPL) may have just launched the Apple Watch, but the rumor mill isn’t taking a breath. According to revelations today, the likelihood of an iPad Pro being released sometime this year is ever increasing thanks to a steady flow of parts from the company’s factories to rumor-mongers in Asia.

A new case, pictures of which were released today by SonnyDickinson.com, was judged by MacRumors to be the most convincing yet and possible precursors of a full iPad Pro release this year. The iPad Pro is the much speculated upon enterprise version of the iPad. The mega-tablet will apparently have a 12 inch screen and incorporate the use of a stylus.

Even if the company is working on a new tablet, there are those who believe the lifetime of the iPad is close to finished and something dramatic will need to be done in order to save it.

The big difference between the new leaked photos and the previous ones is the detail in the manufacturing of the case. The new case looks much like that of the iPad Air 2, but it comes in at more than 12 inches corner to corner.

The iPad Pro, according to most reports, will spurn the route taken by the new MacBook and include more than one port. The new case has space for two such ports, though it’s impossible to tell if they are for USB C, or Lightening 2 connectors.

MacRumors notes that though there have been many misses over the years when it’s come to the discovery of new Apple products, case designs have generally pointed in the right direction. It appears as though Apple is indeed getting ready for a full-scale assault on the enterprise market.

KGI Securities analyst Ming Chi Kuo reckons that an iPad Pro release will do almost nothing to avert the massive reduction in iPad sales he’s expecting to shift Apple business for the next couple of years. According to Kuo, who is known for his accuracy when predicting the company’s product lines, Apple is going to see a 30% decline in 2015, and that’s going to be followed by a 30% decline in 2016.

According to the financial analyst the iPad Pro will not “contribute meaningfully to shipments momentum anytime soon.” If Apple is working on an iPad Pro it may release it sometime this year, though an appearance at WWDC seems unlikely.