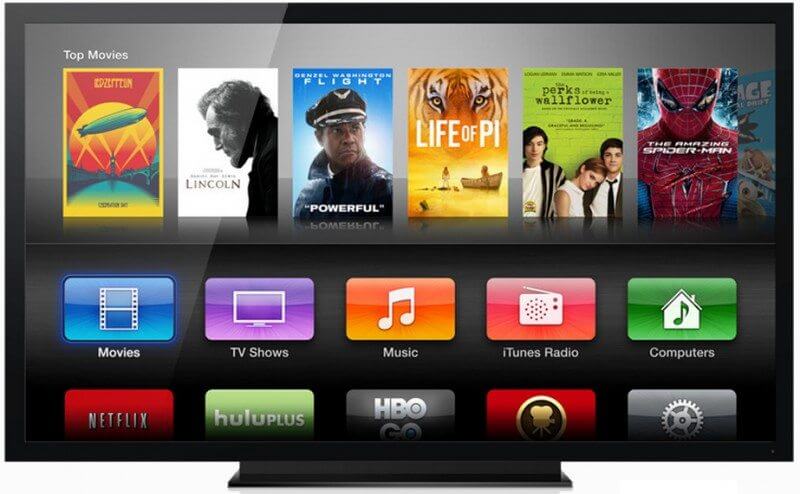 Apple Inc. (NASDAQ:AAPL) didn’t launch a new Apple TV at its WWDC keynote on June 8, and that set the firm’s HomeKit project back quite a few steps in time. A new HomeKit device, a thermostat that can be controlled with your iPhone, is set to go on sale in Apple stores around the US on Tuesday.

Without an Apple TV to center the firm’s Internet of Things experience and make it easier for the average user to understand, and want, it’s not likely that Ecobee3 smart thermostat is going to sell in the millions. The fact that it’s on sale at all raises questions about Apple’s future in the home, and the firm’s plans for connected devices.

The new Apple TV was designed to be the center of WWDC 2015 if rumors leading up to the show are to be believed. Gene Munster, a long time Apple TV bull, said that the device was going to be the star of the show. A failure to get the Apple TV streaming service up and running in time for the event appears to have set that cause back some months.

Apple is working on its own streaming platform, but it will have to secure deals with the biggest media firms in the US in order to start selling that service. In the weeks leading up to WWDC, said a report from Re/Code’s Peter Kafka, the firm was not able to ” finalize the licensing deals.”

Tim Cook and the firm’s other leaders wanted to launch the new Apple TV hardware with the TV service, and pushed back both on the delay of the soft side of the business.

The Apple TV was supposed to be more than just a streaming box, however, and it seems that Apple’s Internet of Things push has been shelved along with the Apple TV.

Despite the issues with Apple TV, CEO Tim Cook and Angel Ahrendts, head of retail at Cupertino, are pushing ahead with the sale of some devices for the home. Apple sells a lot of related products in its stores, but the Ecobee thermostat may just be a reminder of what’s missing from the firm’s shelves.

The device is a $249 Nest clone. It keeps track of the heat in your home and who’s inside and it adjusts the temperature in order to save energy. With HomeKit support, you can control the device through Siri, just like the rest of the devices that Apple has put on sale since WWDC.

The Ecobee is the third device that will work with the HomeKit software. The first two were the Caséta Lighting Starter Kit from Lutron and the HomeKit hub from Insteon. Both are aimed at those that want to add HomeKit features, meaning iPhone control, to an existing smart home.

HomeKit is still a mess

The lack of a central HomeKit hub, supplied by Apple itself, is leaving those who would like to make their home smarter without a good way to use the devices that are already on sale. Jacob Kastrenakes at The Verge reviewed the Caséta Lighting Starter Kit and the Insteon Hub on June 26. What he discovered was less than pleasing.

The big problem is the lack of central control. “Not every app lets you manage every HomeKit function” writes Kastrenakes, making using the devices in your home “less than straightforward.”

The Insteon hub caused most of the problems. “Everything went quickly awry when I tried to get the Insteon hub working,” he wrote, ” I ended up with the hub unable to reconnect to HomeKit; it also broke the Siri integration that I had set up through Lutron.”

Apple is only starting to get the HomeKit software working and those few hardware vendors that have released devices to work with it are still working out various bugs, but the real issue with the devices comes from the fractured nature of the HomeKit ecosystem right now.

iOS9, the new mobile platform that Apple is set to debut alongside the iPhone 7, will add more functions to the HomeKit platform and make it a little easier for users to get around and make useful.

The update to the mobile OS will allow HomeKit devices to be controlled by more than one variable, and it will add more complex functions to the firm’s systems. Motion sensors will also be able to work with the version of the software that ships with the iPhone 7 according to devs that have worked with iOD 9 in its beta stage already.

Getting the Apple TV right

Apple is still expected to get its new Apple TV out in 2015 by many on Wall Street. Dan Ives at FBR says that “streaming TV comes out later this year into next year.” That means that those with smart devices but no good way to use them could be waiting quite a while before getting the experience they want from their smart home.

Paul Erickson, a tech analyst with IHS, says that Apple won’t launch the new Apple TV until it’s really ready, and that could be quite a while. The firm is “probably waiting to present the most formidable proposition they could, that being new hardware alongside a new service,” he says.

That means that the hardware won’t arrive until the firm has both the streaming service and the HomeKit system right.

Looking for growth in the Internet of things

Apple is not going to be able to rely on growth from the iPhone for much longer. On Monday Deutsche Bank analyst Sherri Scribner said that the “the overall smartphone market slowing” and that means “slower growth rates for Apple.”

Tim Cook and the rest of the team at the head of Apple, must look to other spheres for growth. With the firm’s Music service and Pay heading up what Brian White of Cantor Fitzgerald calls “Planet Apple,” the firm needs another piece of hardware to drive sales and lead adoption of new services.

The Apple TV and the Apple Watch are the two devices that should drive that kind of adoption, and they have a good future ahead of them if Wall Street is believed.

Even if sales of the Watch have been slow so far, most of Wall Street, including Piper Jaffray’s Gene Munster who sees sales of just 8 million units this year, think that sales will grow quickly in the coming years.

The Apple TV is more of a mystery, as it’s not clear what kind of growth can be expected from it without seeing the device. The state of Apple’s HomeKit is, for the time being, poor because of lack of support from the firm.

Maxim Group analyst Nehal Chokshi thinks that both Google and Facebook may have a better chance to grow in the home because of their advanced machine learning AI.

“Advanced machine-learning technology algorithms, rich troves of personal-profile data, and more efficient data centers,” are the key to growing in the Internet of Things says Chokshi. Apple will only be able to beat Google on those fronts by offering something truly different.

An Apple TV that makes it easy to run a smart home, and shows those who never thought about jumping in the power of a connected world, would use Apple’s strengths to get ahead of firms with better structures behind them. For now, that device is nowhere to be seen.

Update 12:26 EST: Added pars on iOS 9 improvements to the functionality of HomeKit.