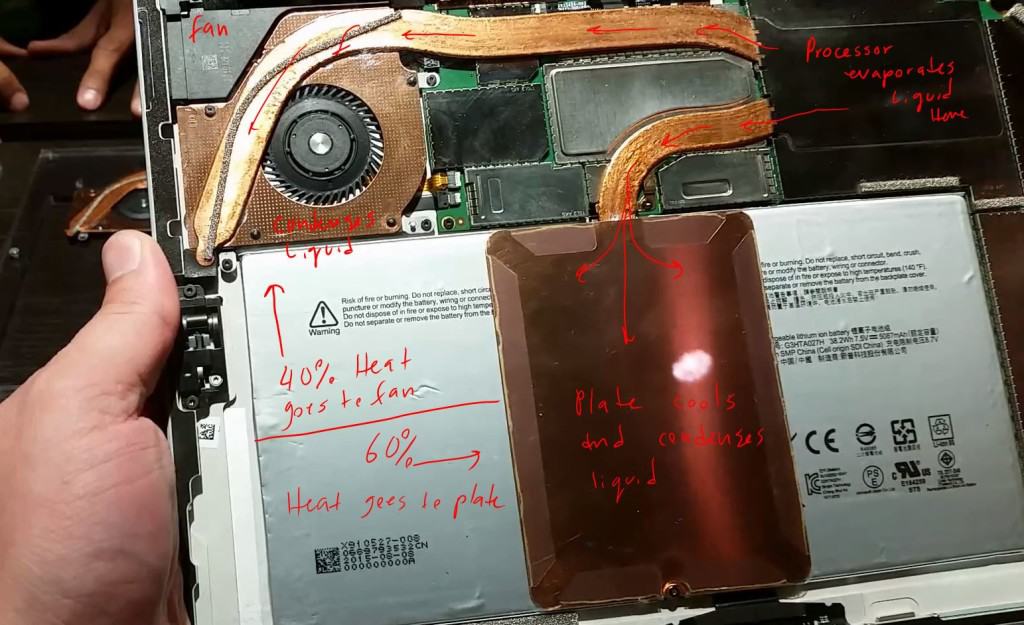 Microsoft Corporation   doesn’t exactly have a healthy hardware segment, but that’s not for want of trying. The firm revealed its new tablet, the Surface Pro 4, at an event on October 6. One of the big surprises was that the device features liquid cooling. That’s a feature that Apple Inc. just can’t compete with right now, and it could be the key to the firm’s hardware future.

Liquid cooling is, when used properly, a much more efficient way of keeping internal components, like the Intel chip used in the Microsoft Surface Pro 4, cool. That doesn’t just mean the case of the device isn’t warm to the touch, it also means it can run faster. Microsoft brags that the Surface Pro 4 is faster than the MacBook Air, and Liquid Cooling is central to that boast.

Microsoft is cooler than Apple

Liquid cooling has been, until now, more of a staple of high end PCs than of mobile devices. Microsoft has, however, found a way to put the tech inside an 8.4 mm thick tablet. That’s something to be celebrated, especially if it ends up really working.

An image of the internals of the surface Pro 4 was posted to Imgur and shows off the system developed by Microsoft . The image appears at the top of this article, and explains, in limited detail, how the process works.

A small chamber right above the processor contains liquid which evaporates as the chip gets hotter. As that happens the vapor travels to a cooling plate or a heatsink and fan. They condense the liquid, remove heat from the device, and send it back in order to keep doing the job.

Microsoft says that liquid cooling won’t just be a part of the Surface Pro 4, it will also feature in the firm’s two new premium smart phones the Lumia 950 and Lumia 950 XL. It’s impressive that the firm’s team have gotten liquid cooling into the Surface Pro 4, it will be even more incredible to see it used inside a smart phone.

This is the first time that Microsoft has really laid down a tech challenge to Apple . For the time being the firm just doesn’t have anything to compete, though that doesn’t mean it’s bound to lose the war.

The tablet market is dying, and the world appears to be waiting for somebody to come along and breath new life into it. Right now Apple  doesn’t seem like the best bet in that race. The firm’s new iPad Pro has all of the features of the Surface Pro 3, but it simply doesn’t have the software support that a full copy of Windows does.

That’s going to be key for Microsoft as it tries to sell its new range of hardware to firms who need a device solution in the new mobile world. The Surface Pro 4 isn’t just faster than the iPad Pro. If Microsoft is believed it’s actually faster than the MacBook Air, Apple’s lowest end notebook. Combine that speed with the appeal of Windows 10, and the firm may have a real chance to win the new tablet war.

It’s not clear where the new demand for tablets is going to come from, but both Apple and Microsoft are betting that business buyers will form a large part of the market from here on out.

Apple is, for the time being, still far ahead of Microsoft in the current war for the slate, but the market is shrinking. Whichever firm manages to get it growing again is going to capture an outsized share. If future growth is, as both Microsoft and Apple seem to think, going to come from enterprise, Redmond is ahead, and Apple’s likely to take a long time to reply.