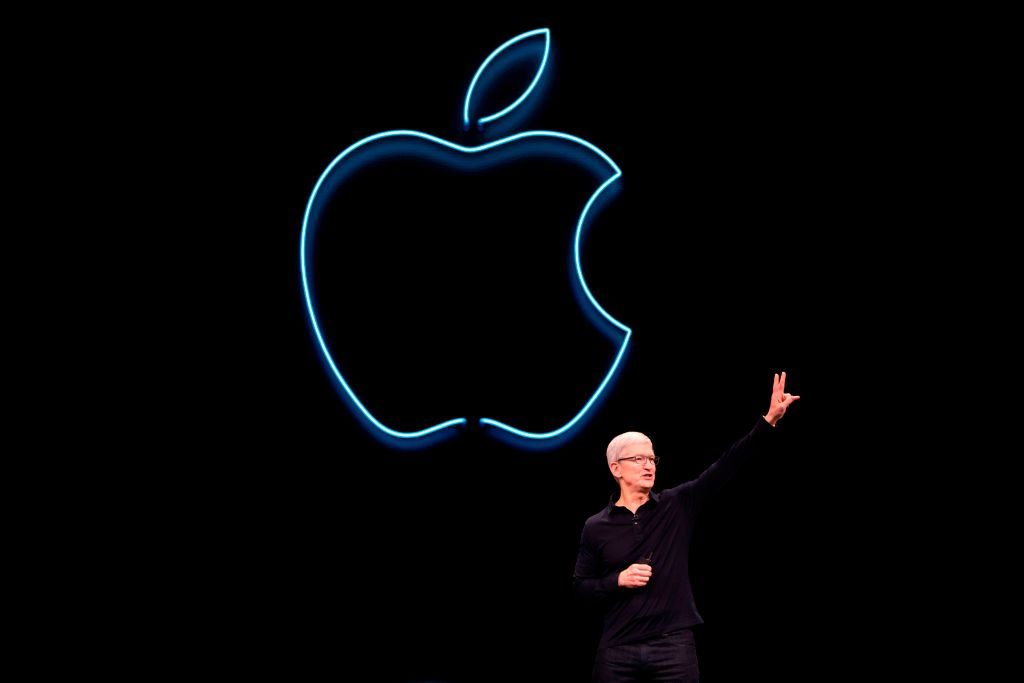 Apple (AAPL) flashed early warning signs to Wall Street about how the coronavirus might impact its first-quarter earnings that will be announced on Thursday. The global pandemic of coronavirus has hit companies with exposure to the Chinese market the hardest, bringing much economic activity to a halt and forcing store closures for the brand.

Apple, led by chief executive Tim Cook (pictured),  said it didn’t expect to meet its previously announced revenue guidance as the global pandemic disrupted iPhone production in China and negatively impacted demand in that key market in a 17 February statement.

Prior to that, the company saw iPhone sales falling 14%, year-over-year, to $142.4bn in the September-ending fiscal 2019. Analysts estimate that iPhone unit sales dropped by the same percentage, to 188 million units. Apple at the end of 2018 stopped disclosing unit shipments of iPhone on a quarterly basis.

The group is expected to see an increase of 3.3% in iPhones shipped, to 194 million, within a fairly wide range, from 175 million to 212 million, according to data firm FactSet.

Store closures outside of Greater China until March 27, followed by the US remain in place until the end of April, and have dragged its retail sales down.

As a result, the company’s top and bottom-lines are both expected to take a hit. Current estimates call for Apple’s second-quarter 2020 sales to slip 4.9% from the year-ago period to hit $55.20bn.

This estimate comes in roughly 18% below the high-end of its initial guidance—which called for between $63bn to $67bn. Apple’s second-quarter 2019 sales fell 5% and its third-quarter revenue is expected to dip nearly 2%.

Meanwhile, Apple’s adjusted quarterly earnings are projected to fall 10.2% against the prior-year quarter to hit $2.21 a share. This expected downturn looks even worse considering that Apple’s adjusted earnings per share also dipped 10% in the second quarter of fiscal 2019.

Despite grim news of the continuing economic and business slowdown due to the global health crisis, Apple remains the top pick for 2020 for many investors during the current market volatility. The company is working on new hardware and chip processors. and its earnings report is highly anticipated.

To see other stocks popular with investors and recommended by our partner stock brokers, click here.