Some Apple Inc. analysts do not appear to believe in the Trump rally, and have contrasting views when it comes to Apple, says the “Mad Money” host Jim Cramer. “At the end of the day, there is a big difference between expensive stocks, and stocks that have run. These analysts don’t seem to understand that distinction, but I think they are making a big mistake,” says Cramer.

Why Apple analysts are making a ‘big mistake’?

On Monday, Oppenheimer reiterated a buy rating on the Cupertino-based firm, but expects sales of iPhone to peak in the fiscal year 2018. Oppenheimer believes Some Apple Inc. lacks the courage to lead the next-gen of innovation, and will rather become more dependent than ever on the iPhone. Eventually, the firm said it expects Apple to “embark on a decade long malaise. The risks to the company have never been greater.” 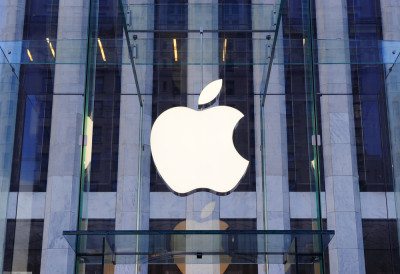 With rising competition, and slowing advances in products such as tablets, phones and PCs, fewer buyers will be upgrade or pay higher prices going ahead, the analyst firm noted. And, “cracks are showing in the Apple wall of invulnerability,” as the company nears the 10th anniversary of the iPhone next year, it said.

The “Mad Money” host was shocked. The stock is very cheap, at 10 times 2018 earnings projections. Also, there is a potential to add as much as $40 per share if the government enables its huge overseas cash hoard to repatriate to the US under Trump. In addition, Cramer is willing to speculate that Apple’s service stream, with more than 1bn users, could be huge.

Analysts downbeat on banks too

The downbeat analyst projections were not limited to Some Apple Inc. . There were several downgrades of bank stocks last week that have been huge winners since the shocking victory of Trump, notes CNBC. Major banks and the regional banks, have been downgraded as well. As per analysts, the banks have been overvalued and are way ahead of themselves.

However, Cramer says “Despite their monster moves, the banks stocks are so far behind the rest of the market it is almost laughable.” The “Mad Money” host fails to understand how the banks could be overvalued and ahead of themselves, when they are nowhere near where they stood before, specifically with the anticipation that there will be rate hikes and the president-elect will ease regulation. Cramer said that the group is a buy and not a sell.