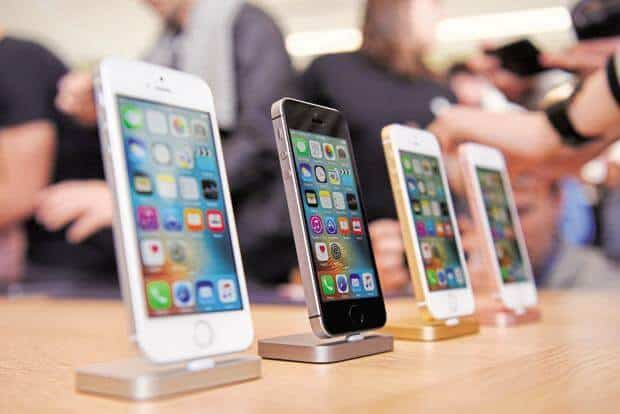 Apple Inc.  is reportedly adding new faster Wi-Fi to the iPhone 7. The firm is expected to unveil the iPhone 7 and iPhone 7 Plus this coming September. Rumors suggest that the upcoming smartphone will be similar to the iPhone 6s, but it may be a little thinner.

Based on comments from the head of one of Apple’s top chip suppliers, analysts estimate that the iPhone 7 will come with a new, much faster version of Wi-Fi known as WiGig or 802.11ad. This feature would allow for wireless video streaming at 4K ultra-high definition resolution, quicker gaming connections between devices, and other cool features, Fortune.com reported.

“I estimate the iPhone 7 could feature that,” said Neil Shah, research director at Counterpoint Technology Market Research. “It makes sense for Apple to upgrade to ad.” His expectations are based on comments from Hock Tan, CEO of wireless chip maker Broadcom Limited (NASDAQ:AVGO).

Apple is facing a legal action from the California Institute of Technology (Caltech) for allegedly infringing Wi-Fi patents.

The university filed a suit on Thurday, stating that the company used Wi-Fi chips that allegedly infringe on four of its patents, The Verge reported.

According to Caltech, Apple used and advertised gains from patented technology in almost all of its major products from the iPhone 5 forward. The university wants to block sales of those products and to recover damages from the infringement.

WiGig is known as ‘microwave Wi-Fi’. It operates in a different, much higher frequency band, 60GHz, according to Graham Harvey, head of Wi-Fi testing at Farncombe. “We expect it to provide low power, very high performance – possibly seven gigabits per second – but over only very short ranges, perhaps one to 10 metres, within a single room in fact,” according to Tech Radar.

802.11ac, the most recent Wi-Fi standard, may provide similar speeds to WiGig, but only over very short ranges in places where other Wi-Fi devices aren’t present.

According to the rumors, Apple Inc.  will release four new models this year. In addition to the iPhone 7 and iPhone 7 Plus, a third new model will also make a debut at the company’s September event. The fourth model will arrive later this year.

Mobipicker website reported that Apple will launch three iPhone 7 models, including the iPhone 7, iPhone 7 Plus, and iPhone 7 Pro.

Rumors have also suggested that Apple is also planning to introduce completely re-designed smartphones in 2017 to celebrate the 10th anniversary of iPhones.

No exact release date is known, but Apple usually reveals its smartphone in early September with sales following one week later.

Earlier, we reported that Apple Inc.  is planning to raise up to $4 billion through the sale of bonds in Taiwan and Australia. A report by Reuters suggested that the company is looking to raise $1 billion in Taiwan.

In other Apple news, the company is paying a tribute to American boxer Muhammad Ali with a full-screen homepage. Ali died on Friday at the age of 74. The quote reads: ‘The man who has no imagination has no wings’. Apple executives Tim Cook and Phil Schiller have also shown their respects on Twitter, http://9to5mac.com/