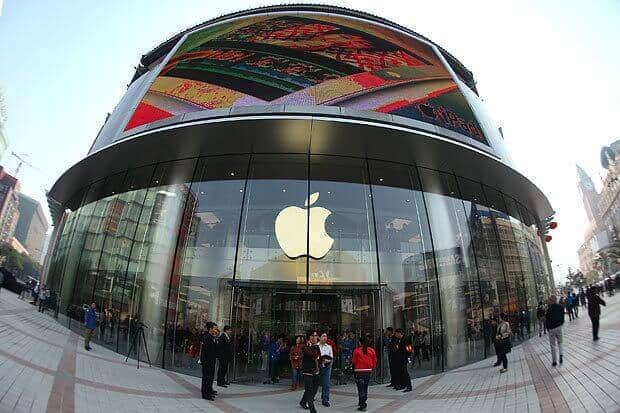 Rumors surrounding the soon to be released Apple Inc.  iPhone 7 have the attention of the media lately. Now, reports indicates that workers on one of the smartphone assembly lines in China are under intense pressure to meet tight deadlines for the iPhone 7 and Chinese workers are paying a high price.

Apple appreciates the buzz and hype that build up the demand for its products; hence, the firm doesn’t usually go out of its way to deny leaks or debunk iPhone 7 rumors. However, the recent news out of its assembly lines doesn’t sound good. The worst part is that the iPhone 7 is not likely to be spectacular; hence, it doesn’t make sense to put workers under immense pressure to make a marginally-better iPhone.

Perhaps it’s time Apple returned the assembly of its products to the U.S. forcing it hold itself to higher standards in labor relations.

Eva Dou of the Wall Street Journal reports that two workers in Foxconn Technlogy Group died in separate incidents last week. The death of two workers in a Chinese firm should ordinarily not be a cause for alarm, except that both of them work in Foxconn’s L03 production building where most of Apple Inc.’s iPhones and iPads are built.

It was reported that a 31-year old man climbed to the top of a Foxconn production building after his shift – and he jumped to his death. Investigations are still underway but co-workers have observed that assembling the iPhone 7 “is a pressure for workers, especially those with families.” More so, Geoff Crothall, a spokesman for Hong Kong-based workers’ rights group, China Labour Bulletin observes that “At times when production is being ramped up, the pressure falls on the assembly line workers… Occasionally workers will take extreme actions. We have seen this far too many times in the past.”

The other worker, Cheng Huifang tried to get to work by scaling a fence and running across a railway track after heavy rains has posed the risk of drowning on the underpass below the railway track. She tried to avoid drowning to get to work, only to be struck down by a train. An internal memo says, “When she was crossing the railroad, she was immediately struck and killed by a train.”

Why would a worker go to such great lengths to get to work? Eva Dou notes via Twitter that “Foxconn docks bonuses if you don’t show up for work, even for bad weather.” The resultant effect of a work environment run with draconian laws led to the death of a productive young woman.

Should Apple move manufacturing back to the U.S?

Apple has made a purely economic decision to keep its assembly lines in China because of the abundant pool of cheap labor. In the initial glory days of the iPhone boom, workers in the production lines earn about 5000 Yuan per month. Now, workers in the same factory earn about 1,400 Yuan a month, which is just a little over $200 per month.

Apple is one of the most profitable firms in the world, it has a market capitalization of $590B and it has a cash reserve of more than $200B stashed offshore. CEO Tim Cook is an “operations” wizard, he knows how to drive hard bargains, push supplier to their limits, and increase profit margins even though he lags on tech/marketing innovations.

Apple says it has programs in place to ensure that its suppliers do not run sweatshops. Nonetheless, the firm might need to do much more than paying lip service to ensure that it doesn’t make its profits with the sweat, blood, and life of poor Asian workers.