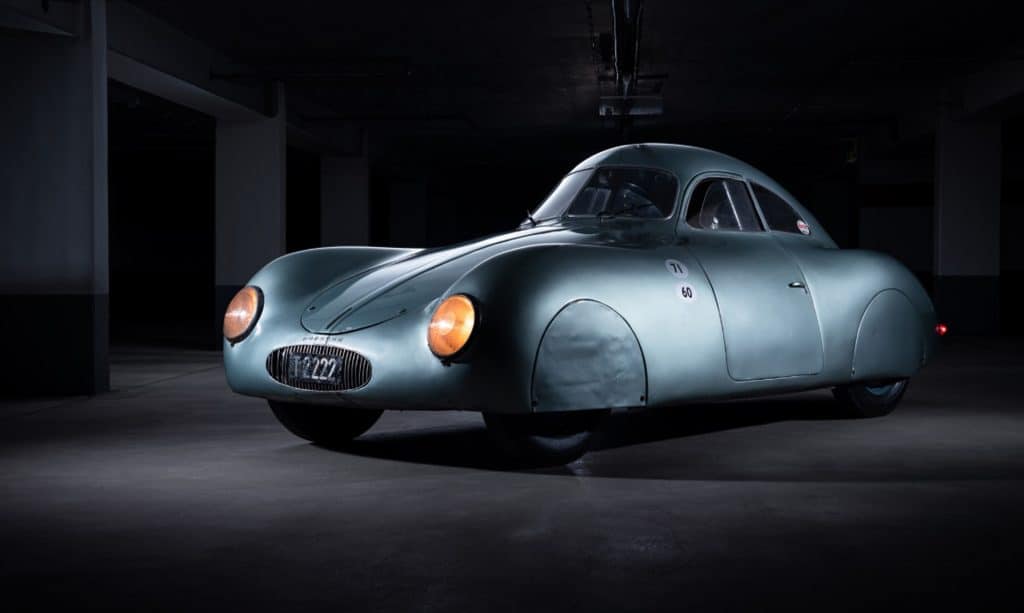 Worldwide known British-founded American auction house Sotheby’s will reportedly auction what it calls the “world’s first Porsche” automobile, which has an estimated price of $20 million. However, the company that made the vehicle states that it is not a Porsche.

The auction will be held this weekend. Yet, the German manufacturer of vehicles states that the model, which is the 1939 Porsche Type 64, is not the “first” Porsche, and for some specialists in the subject, it may not be a Porsche at all. Type 64 has a somewhat complex background, which causes some confusion.

Pioneer Ferdinand Porsche, which was a true visionary when it comes to auto engineering, began making vehicles in 1931. Since he was a member of the Nazi party, he came up with a car known at the time as the Type 64, inspired in an earlier model of Volkswagen’s Beetle, in 1939, for the political association. However, Porsche didn’t start functioning as a company until 1948.

The car was dubbed KdF-Wagen or People’s car, and it later became the famous Beetle. In 1939, as part of Nazi propaganda, Ferdinand Porsche developed  a racing version of the KdF-Wagen for the Party. It was truly ahead of its time, and it borrowed aircraft technology. However, World War II broke and the race was suspended. One of Ferdinand’s sons, Ferry, had three Type 64s but only one made it through the war, and Ferry took it as him before he started the company.

According to the automobile maker’s head of historical archives Frank Jung, the car is not the first Porsche. He offered his remarks about the matter to CNBC. Instead, he insists that the planet’s first Porsche is currently on display in Stuttgart, Germany, at the Porsche Museum, and its origins are tied to 1948. Jung says that the 356 is the first Porsche, which was used on a racetrack in Innsbruck.

Highly regarded publications such as the New York Times, the Wall Street Journal, and Top Gear have dubbed the car as the “first Porsche,” which has certainly drawn the attention of some of the most powerful and influential collectors in the world. It is not difficult to see the value in owning the planet’s first Porsche model, and there is an opportunity to do that in the RM Sotheby’s auction to be held on Saturday at Pebble Beach car week in Monterey, California.

The Most “Historically Significant” of All Porsches

The auction house, cleverly, is advertising the vehicle as the oldest one to wear the German brand’s badge. The catalog has a recognized expert in Porsche-related matters, Andy Prill, saying that the item being auctioned is the most historically significant of all Porsche vehicles.

Although he doesn’t recognize it as the true first Porsche, Jung concedes that the Type 64 is, in fact, a very important historical piece for Porsche, as it can be considered as the precursor of the brand’s first model.

The fate of Type 64 will be determined on Saturday, with investment brokers closely following the auction. Collectors will have the final word: is it really viewed as the first Porsche, or just as a historically relevant precursor of the Beetle?