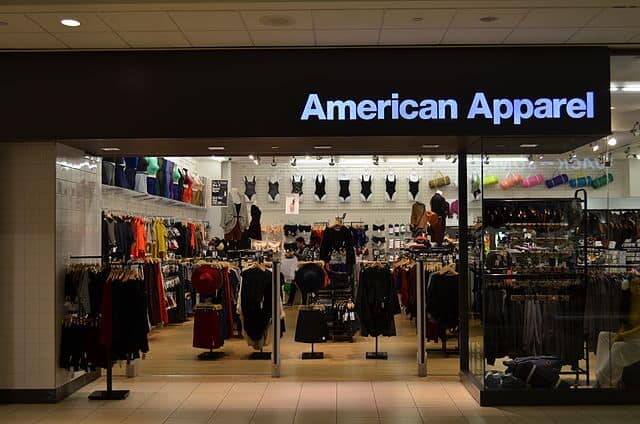 American Apparel Inc (NYSEMKT:APP) has launched a restructuring initiative to slash jobs and close stores to reduce costs by approximately $30 million over the next 18 months. The once ultra popular teen clothing retail giant warned that even with cost-saving efforts it may not reach funding requirements within the next 12 months.

The once dominant trendsetter did not disclose how many jobs would be cut or the precise number of stores it would shut down. American Apparel currently maintains a workforce of about 11,000 and nearly 300 locations.

American Apparel has been suffering over the past five years. Since 2010, it has posted losses each year, while also diminishing its market value from $540 million to $90 million.

The company plans to reverse this trend by focusing more on basic clothing items. It will also launch a new fall clothing line as part of its efforts to reinvigorate its merchandise.

Even if the clothing retailer is successful in cutting costs and boosting revenues, American Apparel warned it may have insufficient funds 12 months from now. It hinted that additional capital may have to be raised.

“… There can be no guarantee that (American Apparel) will be able to raise such additional capital,” the company said in a press release.

American Apparel was once one of the top apparel companies in the United States. It was celebrated for producing much of its clothing domestically as its competitors manufactured clothing overseas.

“We are committed to turning this company around,” said Paula Schneider, the newly selected CEO Chief Executive Officer, in a statement.

“Our primary focus is on improving the processes and product mix that have led to steep losses over the past five years. Our customers, employees, and local communities around the world believe that American Apparel is an iconic brand that deserves to succeed. My job is to make that a reality.”

The company also announced it would bring Christine Olcu on board as General Manager of Global Retail and Brad Gebhard as President of Wholesale. These individuals would launch its global retail strategy.

American Apparel stock has fallen from grace in the last 10 years. In 2006, the stock was trading close to $15 per share. Year-to-date, it has traded under the $1 mark.

This comes as American Apparel is facing 20 lawsuits from founder and former CEO Dov Charney and shareholders. He was ousted from the company last year after he was accused of inappropriately using the company’s funds. Charney was also alleged of preventing a former subordinate from publishing insulting blog posts about former employees.