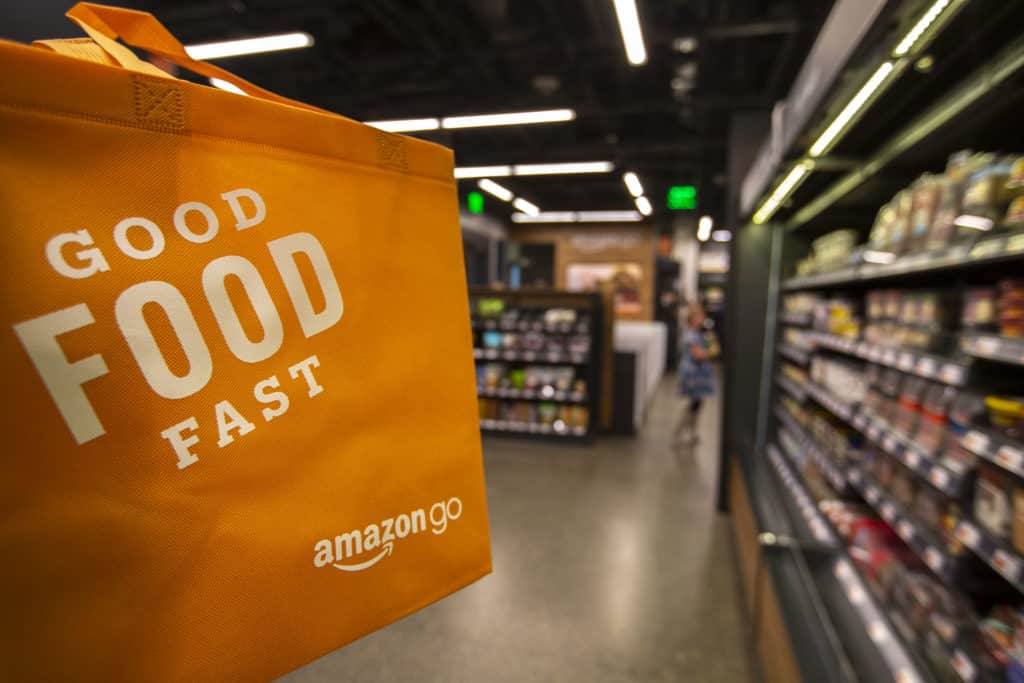 Amazon (NASDAQ: AMZN) opens its first full-size cashierless store in Seattle’s Capitol Hill on Tuesday, in line with its strategy of expanding its Main Street presence. The first full-size 10,400-square-foot Amazon Go grocery store is just a few miles from the tech giant’s downtown headquarters, and adds to the smaller 20-plus Amazon Go stores dotted scattered around major US cities.

The company will stock 5,000 different products ranging from fruits, household goods, packaged seafood, to a full liquor selection with wines and beer.  The cashierless store is outfitted with sensors, cameras and computer vision, which mean cashiers are not needed. A few staff are used to stock shelves and answer shoppers’ questions. Customers pay for goods by scanning a QR code from their Amazon mobile app at a turnstile.

Amazon’s strategy of entering into $900bn US grocery industry is a shot across the bows of established players such as Walmart, Kroger and , 7-Eleven.

“We’re just getting started here. I think what we’re trying to do here — and with all of our physical stores — is really work backwards from the customer, and deliver some differentiation, Cameron Janes,” vice president of Amazon’s physical retail division said.

Amazon has previously bought Whole Foods for $14bn along with making same-day grocery delivery a free perk for Prime members last year in an effort to expand the penetration in the grocery industry.

Amazon was looking to launch a cashierless store in 2017 but the company took years to get the complicated cashierless technology right.

Rival, 7-Eleven recently launched a cashierless store near Irving, Texas, although this store is currently open only for 7-Eleven employees for testing. Walmart is also planning to open a cashier-free store in Dallas.

Valued above $1trn, market analysts believe Amazon is in a better position to test new technologies without thinking about profitability compared to Walmart and other players. Amazon generated revenue of $84bn in the latest quarter. Its share price has soared 23 per cent over the past twelve months.