Amazon.com, Inc. may be in trouble, and the force fighting it is dangerous. On Friday a Democratic lawmaker called for Congress to investigate the firm’s purchase of Whole Foods Market, Inc . The insinuation is that Jeff Bezos’ firm is in a dominant market position and shouldn’t be allowed to expand anymore.

This is an interesting line of argument that has gained strength in 2017. Amazon.com, Inc. has actually been hit for anti-competitive action in the past. Back then, however, the move was about the firm’s place in the European e-book market. There was a much clearer argument about dominance in that case, even though it was never heard in court.

With the Whole Foods Market, Inc story the question is much more ethereal. Despite that, many opinion writers and politicians have been very ready to declare the firm monopolistic.

Can Amazon.com, Inc. be a monopoly?

The cases made by those who would see Amazon.com, Inc. castigated are various. President Donald Trump even made the case in his own way last year. The recent furore, however, has been more around the grocery market. This is an area that Jeff Bezos can pretty securely claim innocence.

Competition cases in the United States have a jumping off point called “market definition.” A firm can’t simply be a monopoly, it needs to be considered dominant in some specific market. Amazon has very little position in the grocery market, and Whole Foods is a very small player. That means dominance is impossible to demonstrate.

Interestingly enough, this could all have been prevented if the Federal Trade Commission had altered its Whole Foods Market, Inc. market definition some years ago. When the firm tried to buy Wild Oats Markets, the FTC said that the relevant market was “organic food.”

Why then does U.S. Representative David Cicilline want a hearing on the merger? It seems to have a whole lot more to do with Amazon as a whole than the grocery market.

The argument about consumers is, however, at the heart of much of competition law. If Congress tries to prove that Amazon would raise food prices that could have a major effect on the future of the deal. With the current market positioning, however, that doesn’t seem very likely.

Amazon is in a dominant position in e-commerce

One fact would clearly dominate any discussion about an Amazon.com, Inc. monopoly. In February Slice Intelligence reported that the firm accounted for 43 percent of all online retail sales. The research firm, in a key finding, added that the Washington company’s share of the market was increasing.

43 percent isn’t a monopoly, but it may be a dominant position depending on the structure of the market. When trying to get a quick measure of market dominance, economists use the Herfindahl–Hirschman Index.

This is the square of the market shares of the firms added together. That means that a less competitive, highly concentrated, industry is one in which there is one large company and many small ones. It’s possible that that’s what the e-commerce market looks like right now.

Will we see an Amazon monopoly case?

Even if Amazon.com, Inc. is seen to have a dominant position that it could abuse in e-commerce, that’s not to say that a case will be brought against it. Judges in the United States use a “rule of reason” to interpret cases like this. That means they won’t prosecute a firm’s dominance unless it produces ill effects. For Amazon, that’s a difficult case to make.

Amazon has kept prices for consumers low, something that competition law shines on. If buyers aren’t hurt, what’s the problem?

A January 2017 article in the Yale Law Journal illustrates this concept ably. The author Lina M. Khan says that the focus on consumer welfare in competition law is “unequipped to capture the architecture of market power in the modern economy.”

The article is the best case for charging Amazon.com, Inc. as a dominance-abusing firm. The only problem is, as is readily admitted by the author, it would require a change in the way that the legal profession prosecutes these cases. 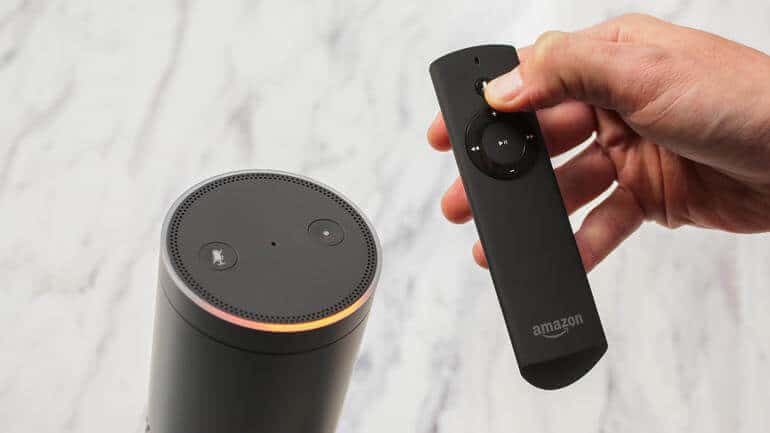 Two questions need to be answered according to Khan, “does our legal framework capture the realities of how dominant firms acquire and exercise power in the internet economy? And second, what forms and degrees of power should the law identify as a threat to competition?”

Because these questions haven’t yet been asked in court rooms, an Amazon monopoly seems like a legal stretch.

Is Amazon.com, Inc. stock in trouble?

So if you’re holding Amazon.com, Inc. stock, should you be worried? Trying to predict movements of Congress or the Federal Trade Commission is difficult, and few stock pickers have made a profit doing so. Just look at Bill Ackman’s campaign to bring down Herbalife Inc.

There is clearly a risk that Amazon.com, Inc. will be hit by some sort of anti-competitive probe. Doug Kass, a veteran stock investor, said this week that he has opened up a short position in the firm in order to avoid that risk among others.

Amazon stock will continue to flirt with legal risks as its place in the e-commerce market continues to grow. The firm’s future may be based on the outcome of those fights. Given the current practice of competition law, however, the firm is insulated from the most direct attacks on its business.

As long as Jeff Bezos keeps prices low and increases consumer welfare, Amazon appears to be safe. But if some lawyer came along and re-Borked competition law, that could change very quickly indeed.

That’s something to be concerned about for sure, but it’s not he biggest issue facing Amazon stock. Right now the firm is still growing at a rapid pace, but earnings aren’t keeping up. At some point Jeff Bezos may have to slow down. That speed bump may be to put off regulators just as much as investors.