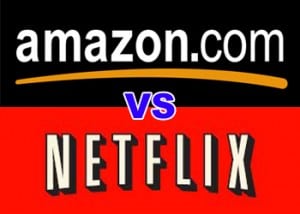 Amazon.com, Inc. (NASDAQ:AMZN) is outspending cable television networks. Alongside Netflix, Inc. (NASDAQ:NFLX), the tech titan spent more than the likes of CBS, HBO and Turner on TV programming last year, says a new report. Does this spell the end of cable TV?

There is panic at TV networks. With more consumers cutting the cord and refusing to watch hours of commercials, the tech giants are nabbing them in large numbers. It has achieved this with technology, and it is continuing to do so with new and old content.

These figures are bigger than what CBS, HBO, BBC and Turner are spending. The only companies that are spending more than the two websites are Disney and NBC, with $11.84 billion and $10.27 billion, respectively.

Does this spell the end of cable TV? Tim Westcott, senior principal analyst at IHS Technology, warned that it’s “premature” to declare the end.

“In what Netflix calls the era of internet TV, more and more consumers are watching content online, shaking the foundations of the traditional TV industry,” Westcott said in the report. “However, it’s premature to declare that the era of linear TV is already over, and Netflix and Amazon have come hard on the heels of a boom in production of original drama and comedy by the likes of AMC and FX in the US.”

When it comes to content, the online avenues are churning out greater numbers. This year alone, there have been 78 scripted basic cable shows, compared to 57 online shows. And many of these online shows are garnering critical acclaimed, such as “House of Cards,” “Mozart in the Jungle” and “Transparent.”

Interestingly enough, in 2012, there were just three online scripted shows.

When Amazon hired Woody Allen to write and direct a new series, it was obvious that the tech titan not only wanted more content but more awards. Since Allen has dozens of awards and nominations to his credit, Amazon wanted a piece of the pie.

It is no secret that Amazon wants to become the top dog in retail as well as entertainment.

But Amazon’s quest to dethrone Netflix and perhaps even YouTube in the online video landscape may require patience. Amazon is already seeing its investments pay off. This past summer, it was reported that Amazon Video is now No. 3 in Internet traffic, right behind Netflix and YouTube. This is up from the No. 8 spot in 2015.

As Amazon Prime continues to expand, Video will play a large part in this venture. With such popular shows as “Man in the Castle” and billions being invested each year, Amazon is targeting first place.

Today, 44 percent of U.S. households watch Netflix. Just 18 percent watch Amazon. This suggests Amazon has a while to go before it can overtake Netflix domestically.