Amazon.com, Inc. is reportedly expanding its Flex service to include more private drivers to deliver even standard packages to customers. Amazon Flex, created by the online retailer for its Prime Now customers, is a home delivery service somewhat similar to on-demand ride-hailing service Uber. Through Flex, drivers can use the app to sign up for shifts to pick up packages at small warehouses near metropolitan areas and deliver them to the homes of Prime Now members. The service has steadily grown and is now available in 14 cities across the US, including Seattle, Las Vegas, Phoenix and Dallas. 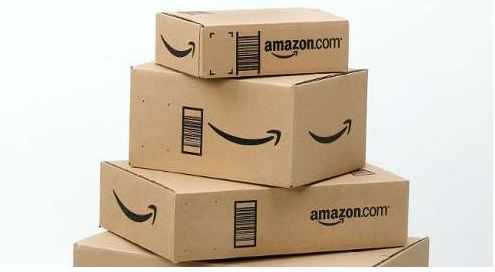 According to Reuters, the company has started inviting select members of Amazon Flex, all living in the Dallas-Fort Worth area, to sign up for a new program.

Three drivers with the Flex program in northern Texas told the news service that they recently received an email from Amazon.com, Inc. in which they were invited to participate in a new ‘opportunity to deliver Amazon.com orders’, which would be different from existing Prime Now deliveries.

‘ This new stream of packages will create new delivery opportunities,’ said Amazon in the email.

The development has been confirmed by an Amazon spokeswoman, who stated on February 17 that Flex drivers are already delivering Amazon.com packages in Texas, and not only Prime Now orders.

However, drivers joining the program will not be initially allowed to deliver for Prime Now, but later on in the year, they would be able to deliver both types of packages, the company has said.

The Seattle-based e-commerce retailer has laid out the eligibility conditions to qualify for the program- it will be mandatory for drivers to have a four-door car that is a ‘mid-sized sedan or larger’. Payments would be made at an introductory rate of $18 per hour, while the shifts can be scheduled between 8 a.m. and 4 p.m seven days a week.

The new program is definitely going to make a significant difference for drivers. Prime Now has a limited number of products compared to more than 200mn available on Amazon’s main e-commerce site. More the number of products to deliver, greater the chance to earn more money.

The move is also expected to help the online retailer have more control over its supply chain and cut down costs by routing more deliveries through its own network of contract drivers. Earlier in February, Amazon.com, Inc. reported its shipping costs had reached an all-time high of $1.85 billion during Q4 2015, and crossed $5 billion for the full year.

Another benefit of the new delivery program is that it could prove to be quite cost-effective in out-of-the-way areas where parcel delivery is done through smaller, regional couriers. These courier services usually charge an average 35% of the total shipping cost, according Rob Howard, chief executive of Grand Junction, a San Francisco-based logistics technology company.

‘This is a huge competitive advantage for Amazon. It’s not a death sentence yet for local carriers but it’s a new path,’ said Howard.

Amazon.com, Inc. executives have maintained that the company is only looking to supplement the delivery process. However, not many are buying into this statement. There have been reports of Amazon procuring freighter jets in order to build its own ‘air freight transportation operation’, as well as experimenting with package-delivery drones. All this implies that not only is the company looking to cut down shipping costs but is probably also preparing to go head-to-head against United Parcel Service, Fedex and other package deliverers. It will be very exciting to see what Amazon has in store next .