Amazon.com Inc Prime membership gives buyers an impressive 2-day delivery service at $99 per year on hundreds of thousands of items. Jeff Bezos thought 2-day delivery wasn’t fast enough and Prime Now members can enjoy 1-2 hour deliveries for an extra $7.99. The firm has built an impressive logistics and delivery system that makes shopping easier for people. Yet, underneath magic of instant deliveries lies the benign reality that Amazon might be killing thousands of other businesses.

Amazon used to be a great business client for the likes of FedEx, UPS, and USPS; but now, the online retail giant is making moves that could drive them out of business.  A heavily-cited report by Bloomberg’s Devin Leanard shows that the online retail giant has left a trail of dead and dying businesses in its impressive rise to the top. 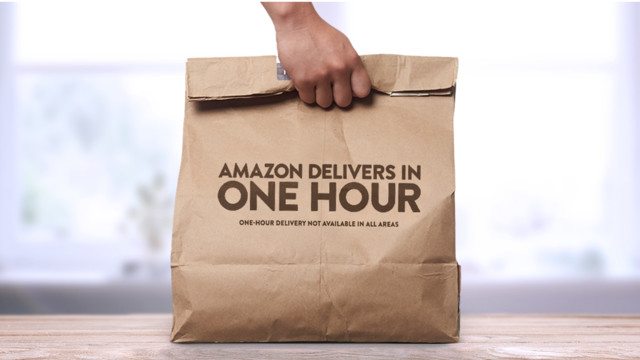 Jeff Bezos knows exactly what he is doing

Amazon has been able to distinguish itself in the ecommerce space with a focus on fast, cheap, and hassle-free delivery. It’s true that no other ecommerce platform boasts the sheer number of items listed on Amazon. More so, no ecommerce or brick and mortal store can compete with Jeff Bezos’ firm on the basis of price. Amazon also wins easily with speedy delivery in Prime and Prime Now, and the firm is out on a serious crackdown against fake products and fake reviews.

That said, Amazon spends a great deal of money to ensure that it provides its customers with an efficient, fast, and cheap shopping service. In FY 2015, the firm spent about $11.5B in shipping fees yet its shipping revenue was $5.5B. In fact, the firm’s net shipping cost had increased by 19% in 2015. Hence, the firm was taking money out of its paying out over the top for shipping in order to main low shipping fees and still get goods to buyers ASAP.

However, Jeff Bezos doesn’t mind “running business at a loss” in order to win customer loyalty and gain market share. In the early years of Amazon, Jeff Bezos didn’t mind ignoring the clamor by Wall Street and investors to turn a profit or share dividends. Instead, he ploughed back revenue into expanding the business and the result is an online juggernaut with a market cap of almost $370B.

FedEX, UPS, and others are first casualties in Amazon’s epic rise

From the foregoing, Amazon is not trying to outsmart FedEx and other logistics companies because it wants to save money or cut costs. During Recode’s Code Conference in June, Bezos revealed that he wasn’t trying to get into the logistics game in order to force better prices for other firms. In his words,  “We will take all the capacity that the U.S. Postal Service can give us and that UPS can give us and we still need to supplement it. So we’re not cutting back. We’re growing our business with UPS. We’re growing our business with the U.S. Postal Service.”

Nonetheless, Bezos words provide little comfort to executives at FedEx and UPS even though they’ve maintained a stoic façade that is disinterested in Amazon’s logistics efforts. In February, David Abney, CEO of UPS said, “Amazon’s a good customer of ours. We have a mutually beneficial relationship.”