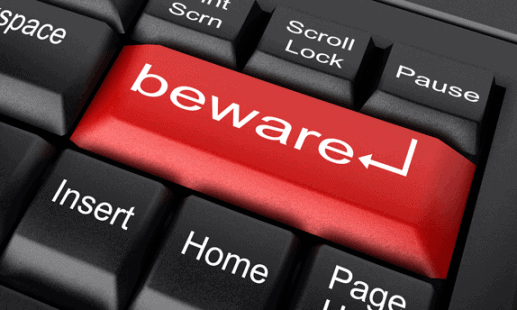 Alphabet Inc stock has been stuck in a narrow price range since the past few trading sessions. Such consolidation often precedes a break out in either direction. The job of any trader or investor should be to search for clues as to the direction of that impending price move.

The appearance of a bearish “pin bar” on the daily chart suggests Alphabet may be ripe for a correction after bouncing close to 10 percent from the lows of last month. 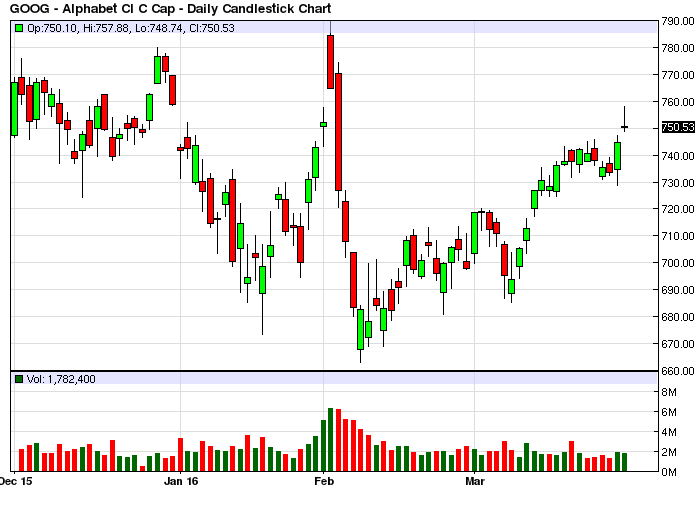 The “pin bar” on Alphabet Inc’s daily chart is indicative of bulls finally running out of steam. The pattern is extremely powerful, and has high predictive value when identified correctly. A pin bar is short for Pinocchio bar. It consists of a small real body and a long wick protruding from the body. In case of the bearish variation, the body is at or close to the low of the session, with the wick at least 3 times the size of the real body.

The significance of the latest pin bar is further enhanced by the fact that it appeared around the key resistance zone of $750. For pin-pointing entry, traders can switch to 5 minute or 15 minute charts, and go short on the break of a lower pivot low. Stop loss can be placed above the last pivot high.

Looking at the daily price chart of Alphabet Inc , Gordon notes that the formation of a “textbook” setup indicates a retracement is round the corner.

“What we had was a rally, then a step back into a higher low,” he explains. “But the key indicator that we are in a corrective rally is we got another push that was exactly the distance of the prior rally and that failed…I think the downtrend is going to resume.”

To profit from the expected decline in Alphabet Inc, Gordon suggests buying a put spread – specifically the April 730/725 spread. In this bearish options strategy, an investor buys a put and then sells a lower strike price put of the same expiry to offset the cost of initiating the trade. The target is for the underlying shares to dip to the short strike, or in this case to $725 by the middle of next month.