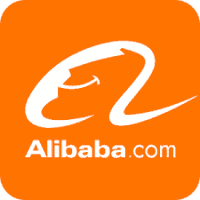 As part of its major global expansion plans, Alibaba Group Holding Ltd subsidiary Alibaba Cloud is opening four new data centers by the end of 2016. The new centers – located in the Middle East, Europe, Australia and Japan – will bring total number of the company’s data centers network to 14, serving key economic centers around the world. The Chinese tech firm has two data centers in the United States, helping the firm compete for a larger share in the rapidly-growing cloud computing market. Alibaba sees Amazon and Microsoft as main competitors in the cloud market.

In a statement on Monday, the company said the expansion will allow it to serve customers worldwide with improved latency and greater access to its offerings, which include data storage and analytics services, enterprise-level middleware, and cloud security services. The new data centers will support the company’s growing client base beyond the current 2.3 million, according to the statement.

“The four new data centers will further expand Alibaba Cloud’s global ecosystem and footprint, allowing us to meet the increasing demand for secure and scalable cloud computing services from businesses and industries worldwide. The true potential of data-driven digital transformation will be seen through globalization and the opportunities brought by the new global economy will become a reality,” stated Ethan Yu, vice president of Alibaba Group and general manager of Alibaba Cloud Global.

The Chinese e-commerce giant formed a joint venture with Meraas Holdings to open the Dubai Data Center. The joint company, called YVOLV, will be responsible creating new applications and big-data tools for customers in the region by leveraging Alibaba Cloud’s cloud computing technologies.

The Chinese firm said it will be the first major global public cloud services provider to offer cloud services from a local data center in the Middle East.

To support businesses in Europe, Alibaba is teaming up with Vodafone Germany to open its first data center in Europe. The center will be located in Vodafone’s data facilities in Frankfurt, Germany.

To cover enterprises in the Asia-Pacific, the company will setup a new data center in Sydney, Australia. The company plans to bring its most popular cloud services to the Australian market, where it is building a dedicated team to build a cloud ecosystem with local technology partners.

The Japan Data Center, hosted by SB Cloud, will offer enterprises with competitive and enhanced public cloud computing services from Alibaba Cloud, the company said. SB Cloud is a joint venture between Softbank and Alibaba Group.

The Chinese e-commerce giant entered into the cloud computing business eight years ago.

The company’s computing business offers a wide range of products and is working to enable all businesses – large, medium and small – to benefit from the greater operational efficiency and lowered costs. It provides a comprehensive suite of cloud computing services to support growing enterprises worldwide, including sellers and other third-party customers and businesses participating in the company’s online and mobile commerce ecosystem.

During the Global Shopping Festival on November 11, the company’s Cloud technology supported all of its online marketplaces and facilitated a record-breaking 175,000 transactions per second during peak traffic spikes.

Last month, in a letter to shareholders, Alibaba Group Holding Ltd Chairman Jack Ma wrote that pure e-commerce players will soon face tremendous challenges, with e-commerce itself rapidly becoming a “traditional business.” He anticipates the birth of a re-imagined retail industry in the coming years, driven by the integration of online, offline, logistics and data across a single value chain.

A report from Bloomberg suggested that Alibaba is expected to face problems in the U.S. after Donald Trump’s victory as U.S. president-elect.