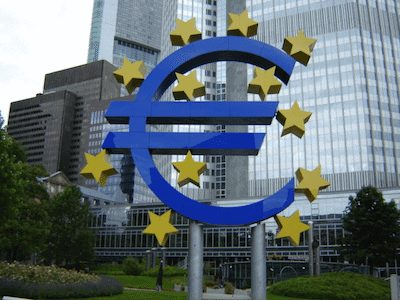 The situation that led to the debt of Italy was strongly linked to the fact that the Italian banks were down 2.3% to a day low by 1039 GMT. Moreover, the yield on 10-year government bonds have raised eight basis points resulting in the day’s high at 2.60%.

The procedure announced by the European Commission will start or not, depending on whether the European Union countries will support it or not. However, it is expected for a meeting with the EU finance ministers to take place.

Rabobank rate strategist, Matt Cairns explains that even if the European Commission has suggested deficit procedures are guaranteed for Italy, the situation created concerns that inevitably affected the Italian bond yields.

Cairns tried to calm the waters and advised investors to pay better attention to what the European Economic Commissioner Pierre Moscovici has to say. Cairns says that because Moscovici has recently claimed that he prefers to discuss the problem and look for solutions rather than sanctions.

Moreover, Moscovici also explained that the bloc’s executive of the European Commission is willing to change its decisions and procedures regarding Italy’s debt as long as Rome can provide them with new data and commitments. However, it seems that his statements didn’t quite temper the rise in Italian yields.

The financial analyst at IG Markets claims that the decision of the European Commission regarding Italy’s debt was widely expected and had effects even before it was officially announced. He added that he has monitored whether the spread would go beyond 295-300 basis points which is a breach that has never been achieved but could bring a lot of tensions if it will happen.

The expectations that aroused post the announcement of the EU

It comes as no surprise that the decision created a huge internal fuss inside Italy. League’s economic chief has also made a few statements shortly after the announcement. He claimed that the party will certainly insist for the Prime Minister, Giuseppe Conte, to address this problem and conduct some serious budget talks with the European Commission. He also added that the Prime Minister should focus all his efforts on preventing any new belt-tightening measures.