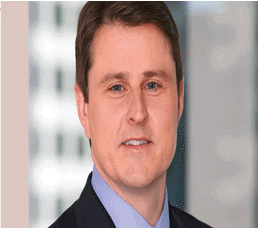 CFA Institute: A must read interview with Matt Eagan Co-Manager of the Loomis Sayles Bond Fund – Great interview covering a variety of topics by one of Learn Bonds’ favorites, David Schawel.

Morningstar: – Bond excitement and concerns for 2013. – BlackRock’s Rick Rieder expects the bond market to focus more on alpha creation next year, but investors should watch for rising duration risk and ongoing troubles in Europe.

Learn Bonds: – Jeff Gundlach: 3 Ways to Profit from the Coming Financial Catastrophe. – Here is an overview of what Gundlach sees coming, and 3 steps investors can take to prepare for, and profit from his predictions.

Barron’s: – Gundlach throws party in building of firm that fired him. – Bond rock star Jeffrey Gundlach’s latest and greatest star turn may have come this week. As first reported by DealBreaker, Gundlach, who heads DoubleLine Capital, decided to celebrate the third anniversary of getting fired by his former employer, TCW, by throwing a party for all DoubleLine employees – at a restaurant in the lobby of the building housing TCW’s offices.

WSJ: – Bonds and stocks singing different tunes. – The bond market and the stock market are sending opposing signals about the fiscal cliff. Bond investors have long been seen as the more sober and cautious bunch when compared to stock investors. That mindset is exactly what seems to be playing out right now as the deadline to avert tax increases and spending cuts approaches.

Bloomberg: Morgan Stanley predicts 2013 will bring first year of losses since 2008 in muni bonds – The margin for error is so thin,” said Michael Zezas, Morgan Stanley’s head muni strategist, who correctly predicted in January that tax-free revenue debt would beat state and local general obligations this year. “With yields being at the historical lows they’re at, it only takes a small move higher in those yields before you realize negative returns.”

Barron’s: – Look for coupon-only 2013 junk bond returns. – The junk-bond market is famous for never actually returning its “coupon” amount – the market’s average yield – in any given year, instead always overshooting or undershooting that basic target mark due to broader market volatility, gains or losses. Junk bonds entered 2012 yielding 8.2%, on average and instead have returned 14.1% so far as investors keep bidding up risky asset classes.

Money Marketing: – Bond opportunities for those who tread with care. – For the last year or so concern has grown over whether a bond bubble is developing, especially given current fiscal policies being pursued by policymakers across the globe. Despite this, experts suggest there is plenty of fixed income opportunity available to those who make careful choices and take advantage of fiscal measures being implemented by governments.

Politico: – Groups make case for the muni bond. – As the country looks for ways to rebuild from Hurricane Sandy and the overall $4 trillion infrastructure deficit. A number of bodies have come together in order to urge Congress to strengthen, not weaken, the tax-exempt bond market because of its essential role in financing our nation’s infrastructure needs.

Bargain Bin: – Best Buy bonds yielding 9%. – Best Buy, the troubled electronics retailer, has had a rough year. The stock has tumbled mercilessly. The story most people cite is this: Amazon is killing retail, and Best Buy is doomed. Best Buy has had some terrible quarters as of late, with disappointing revenue and profits. Most people would look at this stock chart and run away in horror. But what about the bonds?

Saibus Research: – Dan Fuss of Loomis Sayles thinks Supervalu (SVU) Bonds are super value. – Although SVU is facing a challenging set of circumstances, we believe that investors in SVU’s bonds will find them to be super value, especially in light of deal speculation involving Cerberus.

The Daily Beast: – Why China may no longer be America’s No. 1 debt buyer. – As Beijing rejiggers its economic strategy and lets its currency weaken, Japan is likely about to become to the top foreign holder of U.S. Treasuries. What does this mean?

Daily Finance: – Emerging market bonds remain attractive, despite US fiscal cliff. – As the U.S. continues to teeter on the so-called “fiscal cliff,” emerging market (EM) fixed income investors may be concerned about what this will mean for their bond holdings. Should the U.S. fail to resolve its budget issues, the impact of the impasse will certainly be felt, but may not be as severe as some expect, according to Fran Rodilosso, fixed income portfolio manager at Market Vectors ETFs.

@viewfromamerica #Muniland is oversold and needs to back down…hard to see how Whitney's default prediction happens. Detroit may BK though.