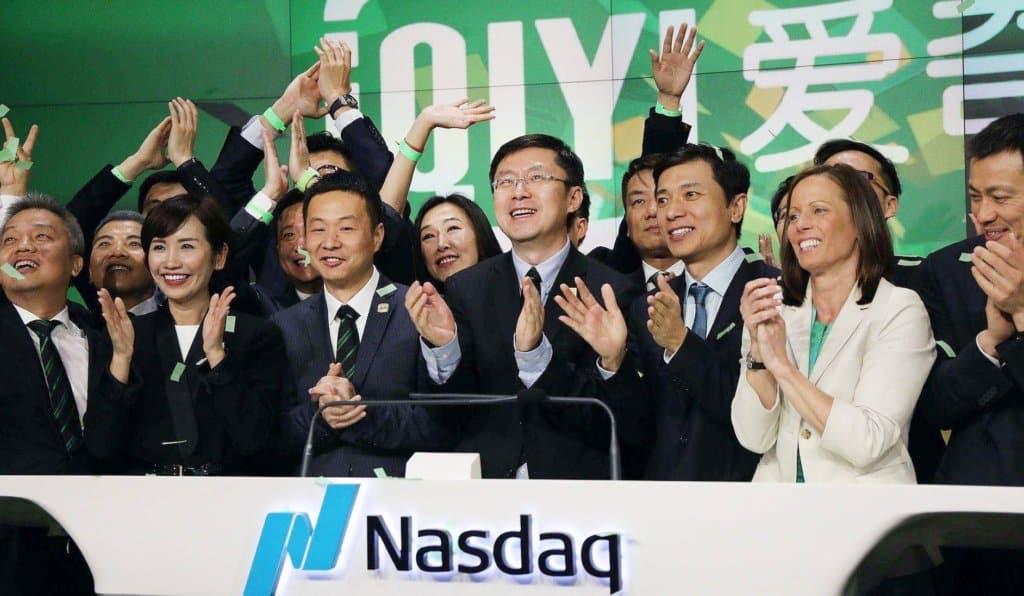 Despite a difficult period for Chinese companies over the last month, interest in cross-border listings remains strong.

Chinese initial public offerings (IPOs) in the US made up about a fifth of IPO proceeds in America in the last three months, raising $3.3bn in the first quarter, the most in three years, according to investment bank Renaissance Capital.  A recent notable listing was the $2.3bn raise by video streaming company iQIYI (pictured) in March 2018.

Geopolitical tensions and stalled economic activity resulting from the coronavirus pandemic haven’t dampened the interest of Chinese companies wanting to list shares in the US. For Chinese companies, a certain prestige comes with a listing on New York stock exchanges.

“As a US-listed company, it’ll be easier to attract top talent from Chinese internet companies,” Yipeng Li, chief financial officer of Sunlands Online Education, told CNBC on the day of its IPO, on March 23.

Last year, 25 Chinese issuers went public in America, in addition to three special-purpose acquisition companies, firms that raised money to buy another. That’s down from 32 Chinese listings in 2018, which was double that of the prior year and the most since 2010.

“It is easier for Chinese companies to show their true value as US-listed companies. Right now all the high-quality [Chinese] education companies are listed in the US,” Li said.

Drew Bernstein, co-head of the China practice at Marcum Bernstein & Pinchuk, an auditor of Chinese IPOs in the US, confirmed of the increased interest in US listings and said he’s working right now with about six or seven offerings in the coming months.

“Many Chinese want to immigrate to the US [and having corporate name recognition] eases access for immigration to them,” Bernstein said.

However, nervousness over the trustworthiness of Chinese financial numbers surfaced over the Luckin Coffee scandal this month.

The Nasdaq-listed coffee seller, based in Xiamen, southeast China,  disclosed that an internal investigation found that its chief operating officer fabricated 2019 sales by about 2.2 billion yuan ($310m ). Following the disclosure, Luckin stock dropped more than 80% and trading has been temporarily halted since. Its investors include Blackrock and Singapore sovereign wealth fund GIC.

After US President Donald Trump has targeted China with tariffs and an increased scrutiny of Chinese deals in America, the value of Chinese foreign direct investment in the US slumped by over a third from 2016. Subsequently, the worth of recently announced deals dropped by more than 90%, according to data firm Rhodium Group.

However, the US market is still considered to be the place for price discovery for tech valuations.  America remains the place to for IPOs and access growth capital for Chinese companies.