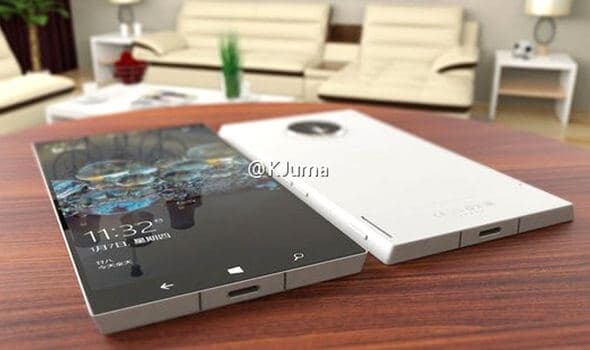 For quite some time now, Microsoft Corporation has been rumored to have a Surface Phone in the works. Official confirmation of a smartphone joining the ranks of the Surface line-up is yet to be made. However, Microsoft has publicly admitted that it is pursuing the ultimate mobile device. For the widespread lovers of the Windows OS, a superior Windows Phone landing on the market is an exciting prospect. Here are 10 items to look out for regarding Microsoft’s highly speculated Surface Phone.

Online discussions hint at the Surface Phone being a powerful, multi-use device with desktop-level processing. It has often referred to as the powerful PC in your pocket. Satya Nadella, the CEO at Microsoft, believe that his company has all the elements to produce a device that is compact, yet effective enough to work as good as computer.

“What we are going to do is focus [our] effort on places that have differentiation.” Nadella said. “If you take Windows Phone, where we are differentiated in Windows Phone, its manageability, its security, its Continuum capability, that is the ability to have a phone that, in fact, can even act like a PC.”

The Surface Phone could revive the QWERTY keyboard or make use of a foldout pad similar to the Surface Pro lineup.

Perhaps the most exciting aspect about the Surface Phone is that it would in fact form part of Microsoft’s alluring Surface line-up. Looking at the attraction that the Surface gadgets, adding a smartphone to the lineup could prove to be a good move for Microsoft. It would certainly not go unappreciated by MSFT hardware fans either.

The Surface range proves to be all shades of innovation time and time again. It seem to appeal to the world’s hunger for premium tech that defies ordinary conventions. Microsoft Surface gadgets come as something fresh and new. They are are renewed take on what personal and business gadgets should essentially offer. Whether buyers are in search of the ideal personal, creative or business PC, they needn’t look any further than the Surface Book, Surface Pro and Surface Studio to find a gadget that is capable of tasks beyond the capacity of conventional hardware.

The all-in-one form factor of the Surface range has pulled in a lot of excitement. It is the very same excitement which rallies behind Surface Phone. If online talks and executive comments are anything to go by, Microsoft might be working on the revolutionizing the mobile device space.

Naturally, the device is bound to be a Windows phone. It should offer the latest and most innovative use of the Windows 10 Mobile operating system. It is bound to be a Windows Phone as well. Microsoft is under a lot of pressure to amplify the appeal of the Windows 10 platform on mobile. The HP Elite x3 is said to be a big hint at where Microsoft plans to take Windows Phones. HP’s device is a Windows phone, too. It serves as a perfect example of a smartphone with PC-like capacity. Smartphone produced by MSFT’s leading partners paint a good idea of Satya Nadella’s mobile ambitions.

Microsoft clearly sees a market saturated Windows 10-based products. The company is hard set on all-in-ones, HoloLenses and ultrabooks that will flaunt the most appealing aspects of the Windows 10 OS. But the smartphone space is yet to be show the U.S. software giant a lot of love. The Lumia handsets that were taken off Nokia’s hands a while ago are thought to be on their way out due to poor performance. The acquisition is considered to be a multi-billion dollar write-off for Microsoft. The Windows operating system as a mobile platform is taking its time to take off.
Cited by analysts, MSFT handsets are held back by a lack of innovative services and popular apps. This rendered the already struggling Windows Phone range unfavorable among tech consumers. Microsoft’s smartphone business subsequently fell into the shadows, doomed to be taken back to the drawing board and re-approached. 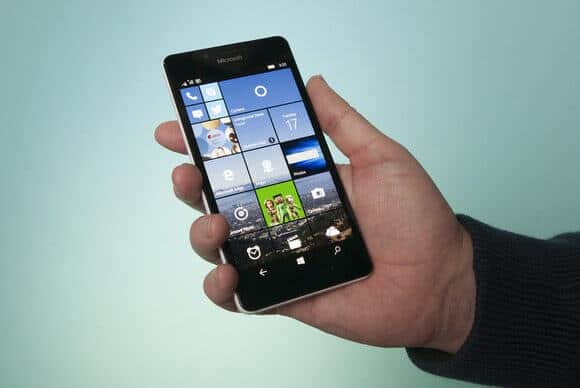 The Surface Phone would be a strong push from Microsoft — a company that is currently witnessing its smartphone ventures fall flat. Nadella claims the company had to go back to the drawing board with new ideas driving the design and function of its next set of products.

“We don’t want to be driven buy just envy of what others have,” Nadella tells AFR. “What can we bring? That’s where I look at any device form factor or any technology, even AI.”

5.A sm artphone that does it all

It is clear at this point that Microsoft Corporation believes in making devices than can do it all. Years ago, the company adopted the all-in-one form factor and made it its own. That was in spite of the endless criticism from rivals and industry partners. Forging strongly, Microsoft managed to secure multiple breakthroughs with items like the Surface Pro 4 and Surface Book i7. Both of these respectively give top-end items like Apple’s iPads and MacBooks a run for their money.

“Three years ago, the 2-in1 as a form factor was questioned.” Satya Nadella, the firm’s CEO, recalls a time where Microsoft got a lot flack for pushing the Surface lineup as all-in-ones? “And now guess what? Even our competition has decided that it’s not a refrigerator and a toaster, but it’s actually a 2-in1.”

Today, Microsoft’s all-in-one gadgets are thriving in several hardware segments. Most of these markets have seen repetitive revamps numerous times over. Microsoft Surface gadgets come as something fresh and new. They are an innovation-driven approach to what personal and business gadgets should essentially offer. Whether buyers are looking for the ideal personal, portable or business PC, they needn’t look any further than the Surface Book, Surface Pro and Surface Studio. These stand at the fore of premium device markets and are capable of tasks beyond the capacity of conventional hardware.

What are your thoughts on the alleged Surface Phone? After so long without confirmation, is the device merely rumor? Does the prospect of an ultimate Windows phone excite you? Share your take in the comments below. You can also keep the conversation going by sharing this page on social platforms.