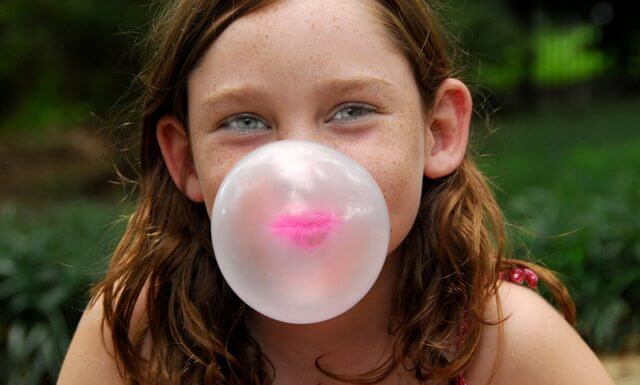 FT: – Quantifying how much bond values will drop when interest rates rise – Ratings agency Fitch argues that the declining yields for US corporate bonds — a byproduct of the low rates — has created an environment where fixed-income investors could be hit with significant losses when rates start to rise. Not exactly rocket science, but interesting that someone’s tried to put numbers to it to illustrate.

CNN Money: – Bond bubble isn’t bursting … yet. – What does QE4 mean for the bond market? The Fed is going to do everything it can to keep all sorts of bond yields low for a long time. We could be in the thick of the 2016 presidential race by the time the Fed decides to finally tighten.

The Market Oracle: – Hidden US Treasury bond market risks? – While Treasuries are said to have no default risk as the Federal Reserve (Fed) can always print money to pay off the debt, hidden risks might be lurking. As oxymoronic as it may sound, the biggest risk to the economy and the US dollar might be, well, economic growth! Let us explain.

Sober Look: – US corporate credit market looking extraordinarily rich. – One of the “side effects” of the Fed’s monetary expansion is all the capital flowing into spread products, particularly corporate credit. Corporate bond yields are hitting record lows across the ratings spectrum. An average junk bond in the Merrill HY index now yields some 6.3%. But does this low yield cover the risks involved?

San Diego Entertainer: – Municipal bonds, liquidity traps, and the fiscal cliff, advice from Steve Sexton. – The Fed has decided to continue buying more bonds, up to 40 billion a month. This expansive policy will expand the fed balance sheet to 3 trillion dollars (an additional 2.2 trillion in debt). The question here is: How will they be able to shrink the balance back to normal without causing a collapse of the economy?

Chicago Tribune: – Investors flee munis amid D.C. uncertainty. – Municipal bonds may lose their tax-free status as Congress hunts for sources of new tax revenue, and investors are selling the bonds in anticipation of losing income.

Learn Bonds: – What the Fed’s new policy means for bond investors. – There are 4 possible scenarios. I tend to agree with bond experts like Bill Gross and Jeff Gundlach, who think that inflation is going to rise faster than the Fed is expecting. But what do you think?

JD Supra: – Attacks on the exemption for municipal-bond interest and why it is important to the average taxpayer. – The argument for taking away tax exemption on munis is that the interest would become taxable and would help eliminate the deficit. However, there are some serious flaws in this analysis as well as some increased costs this would have on all taxpayers in other ways.

FT: – Record setting year for corporate debt. – Junk bond salesmen are working right up to the last trading days of their record year, as companies take advantage of ultra-low interest rates to lower their borrowing costs and take out insurance against a dive over the US fiscal cliff.

BondSquawk: – Add Income with DISH network high yield bond. – As part of Bondsquawk’s High Yield Portfolio released earlier. Here are the details of a High Yield bond issued by the DISH Network. This bond offers an investor an opportunity to capture high income.

ETF Strategy: – Short-duration bond ETFs offer protection against rising interest rates. – Declining yields for corporate bonds have created the potential for a ‘bond bubble’ under which a rising interest rate scenario could result in significant losses for fixed-income investors, according to a Fitch Ratings study.

Barron’s: – Junk bond yields on verge of falling below 6%. – Early this year the high-yield market’s average yield made a rare, brief foray below the 7% barrier, which had reliably held up throughout market history as a floor for yields before investors stopped buying. Then yields reliably rose. But in May it happened again. And then all of a sudden yields fell below 7% in August and have stayed there for months. It’s only a matter of time before they fall below 6%.

Voice of San Diego: – CAB Legislation Expected in January. – California legislation proposed 2 limit issuance of Capital Appreciation Bonds (CABs). The bills come after months of scrutiny of capital appreciation bonds, which have been the subject of numerous media stories including a large front-page piece in the Los Angeles Times last month.

Reuters: – NY Triborough bridge & tunnel bond sale pushed back again. – The Triborough Bridge and Tunnel Authority’s sale of $728 million of revenue refunding bonds for the New York Metropolitan Transportation Authority (MTA) has been put on hold for the second time, a market source said on Wednesday.

The Telegraph: – Central banks risk bond market crash. – What are the wider, macro-economic implications of quantitative easing? If this flood of central bank money works as it is supposed to, then it should eventually induce a bit more spending in advanced economies and therefore a return to growth. Once this starts to happen, then, according to the textbooks, long bond yields will begin to rise. But bond yields remain close to historic lows. It’s a brave man who calls an end to the long bull market in government bonds, and a very rich one, if he gets it right.

Investors Chronicle: – Bond warning from Bill Gross. – When it comes to corporate credit, investors are in danger of forgetting the risks and are relying on a central bank ‘put’ to keep a floor underneath the prices of riskier assets. A fall in prices of corporate bonds wouldn’t mimic the same value destruction of the highly leveraged forms of credit the boom years spawned, but pension and mutual funds could be hit hard, Gross reckons.