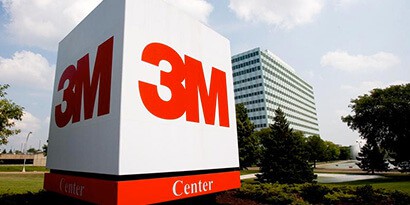 3M (NYSE: MMM) stock price lost close to 30% of value since May 2019 amid trade war conflict and lower than expected growth from end markets.

Its shares are currently trading around the lowest level in the past three years. The bearish trend in its share price is likely to extend the momentum according to market pundits. JP Morgan’s Tusa has reduced the price target to $140 a share following the second-quarter results. The analyst has given underweight ratings for 3M shares, saying 3M is “far from out of the woods” around its structural challenges.

Although the company has been aggressively working on restructuring initiatives, it appears that the company needs a longer time for stabilization. The company expects annual pretax savings of $250 million. The reduced manufacturing output and the reduction in operating cost could help it in saving $300 million this year.

Despite these initiatives, its revenue and earnings are declining from previous year periods. Its second-quarter revenue of $8.8 billion indicates 2.6% drop from the year-ago period. Besides from healthcare and consumer business, its automotive, electronics and industrial businesses are experiencing downtrend. 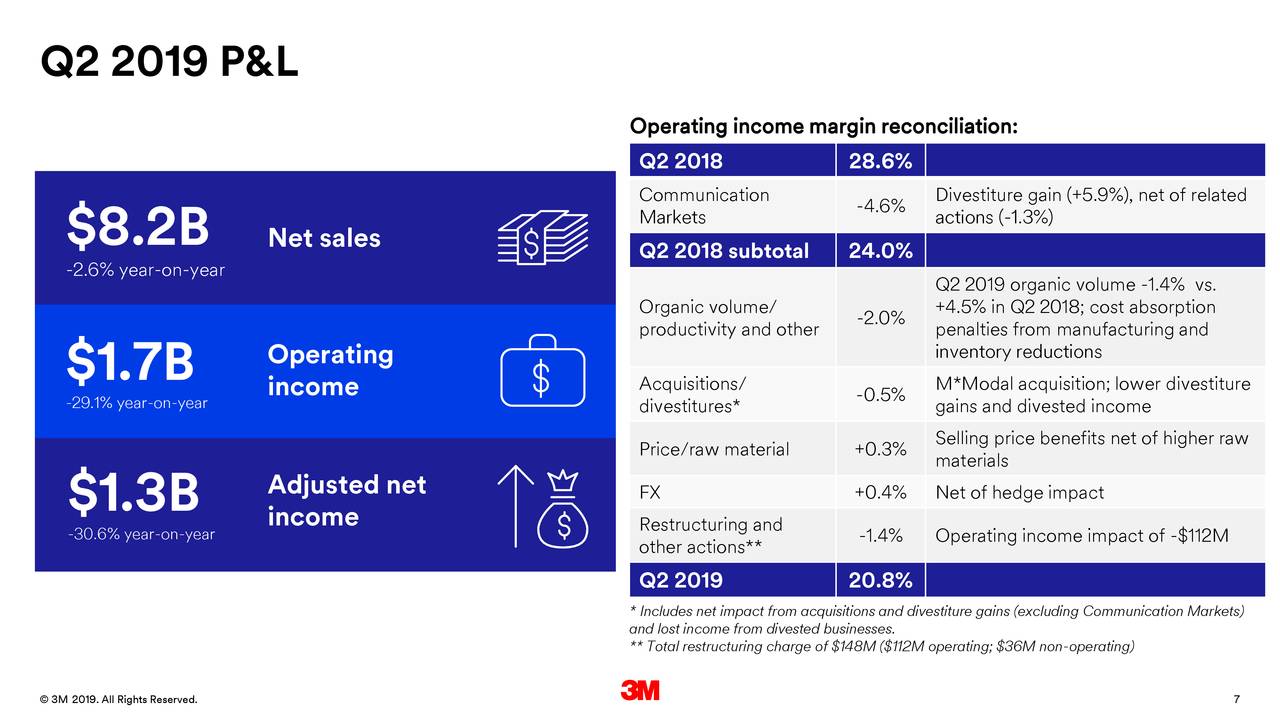 The pressure on its revenue base has also been impacting margins and earnings potential. Its operating margin declined 7.8% year over year in the second quarter. Consequently, 3M’s adjusted earnings per share $2.20 declined sharply from last year’s earnings of $3.07 per share.

“Our execution was strong in the face of continued slow growth conditions in key end markets, as we effectively managed costs and improved cash flow,” says CEO Mike Roman. 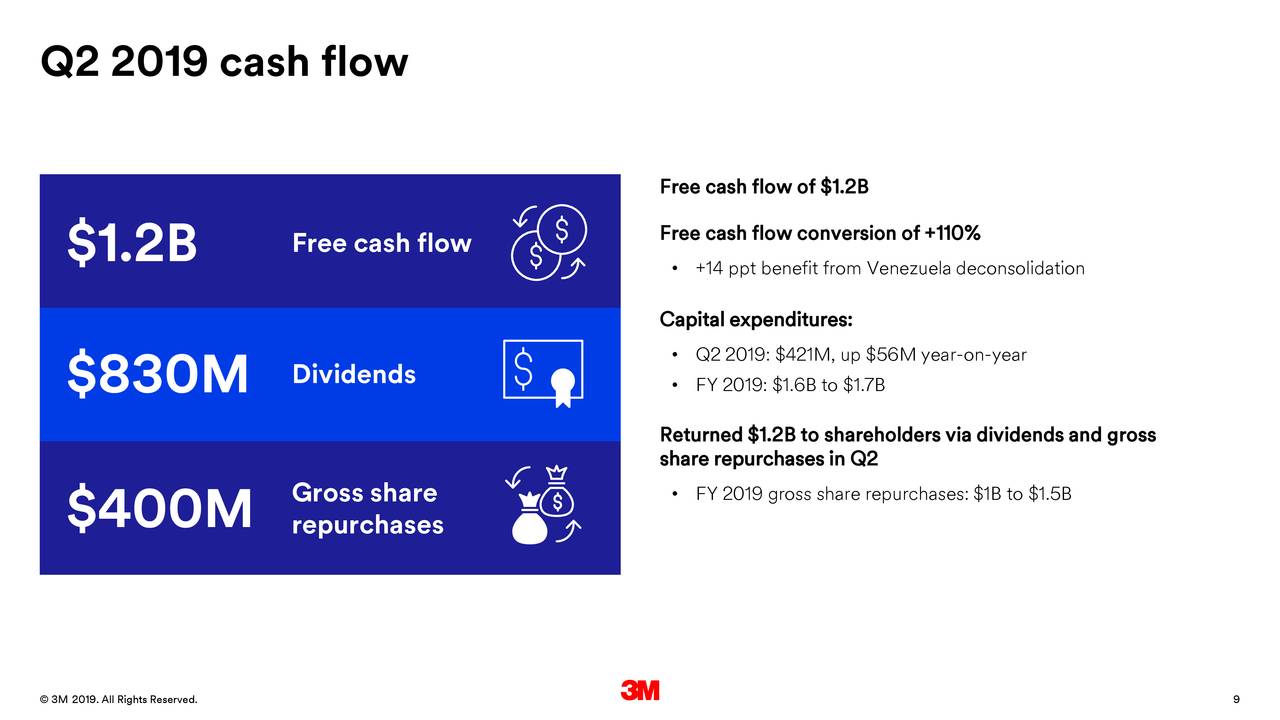