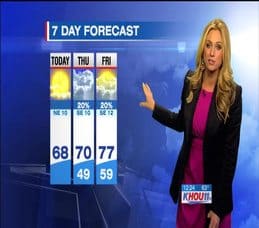 Thomas Kenny: Broad bond market outlook for 2013 – While the odds are against a major bond market collapse in 2013, investors nonetheless need to temper their expectations given that low yields are creating a less attractive trade-off of risk and reward.

Bloomberg: – Treasury scarcity to grow as Fed buys 90% of new bonds. – Even as US government debt swells to more than $16 trillion, Treasuries and other dollar fixed- income securities will be in short supply next year as the Federal Reserve soaks up almost all the net new bonds.

Bond Squawk: – Why investing in individual bonds makes sense. – Many investors try to keep things simple by investing in funds in order to capture returns. While widely used, Mutual Funds or Exchange Traded Funds (ETFs) may not be for everyone, especially investors who are looking for steady income and capital preservation.

WSJ: Some ideas to improve your odds in the “great yield gamble”.  – Ranging from buying leveraged loans instead of high yield to buying closed end funds that trade at a discount.

ETF Trends: – PIMCO ETF manager Bill Gross buying munis on looming taxes. – With the fiscal cliff looming over America and potential tax hikes across the board, Bill Gross, the manager behind the PIMCO Total Return Fund, believes tax-free municipal bonds are an attractive option. Investors can gain access to the muni bond securities through the exchange traded fund investment vehicle.

Reuters: – Strong case for Fed to stay course on bond buys. – There is a “strong case” for the US Federal Reserve to stay the course on accommodative policies in the New Year and continue buying a total of $85 billion in bonds each month, a top central bank official said on Monday.

Index Universe: Jim Rogers still recommends shorting US bonds.   Jim Rogers has reaffirmed his bearishness on bonds which is tied to his skepticism that the US and the rest of the industrialized world will ever get out from under all its indebtedness without some additional crisis.

FT: – Fitch warns muni investors on downgrades. – Investors who have piled into US municipal debt face rating downgrades on their bonds next year, a leading credit rating agency is warning. Fitch says that local government is still far from a recovery from the effects of the financial crisis and recession on the US economy. The agency expects to downgrade dozens or hundreds of issuers in 2013.

Financial Review: – Retail bond arbitrage. – As issuance in the over-the-counter (OTC) corporate bond market hots up, a divergence between margins in the wholesale and retail bond markets is creating opportunities for both sets of investors to buy the same risk at a better price.

ETF Trends: – Muni bond ETF all-time high triggers bubble fears. – The largest muni debt ETF has rallied to a record high as investors pile into the bonds on expectations tax rates will rise next year and boost the appeal of the sector’s tax-exempt status.

FT: – Corporate bond bubble fears continue to grow. – Investors have been piling into corporate bonds for the past few years in search of yield at a time when haven government bond yields are at record lows, igniting concerns that the surge in demand could tip the asset class into bubble territory.

WSJ: – No easy money in munis. – If you invest in municipal bonds, it is time to pause, position your hands directly beneath you and sit on them. If you don’t own munis, don’t let yourself be stampeded into buying.

Financial Advisor: The bullish case for munis – The environment has narrowed the yield gap between taxable Treasury bonds and high-quality municipals, which translates into higher after-tax returns for investors.

HuffPost: – Fiscal cliff takeaways from Mohamed A. El-Erian. – Fiscal cliff negotiations seem to have become reactive rather than proactive. They seem to have lost most, if not all of the critical strategic underpinnings. Should we be surprised? Not really.

Bloomberg: – Florida debt shrinking most in decades fuels rally. – Governor Rick Scott’s veto pen helped reduce Florida’s debt in back-to-back years for the first time in at least three decades. Lawmakers say it might be time to reverse course. The cuts are driving bonds of the fourth-biggest state to the best performance in almost a decade. Debt of Florida and its localities has earned 9.2 percent this year, beating the 8.9 percent return for the $3.7 trillion municipal market, Standard & Poor’s data show.

Weak dollar helping breakevens firm up. 10 year closing is in on 2.5%.