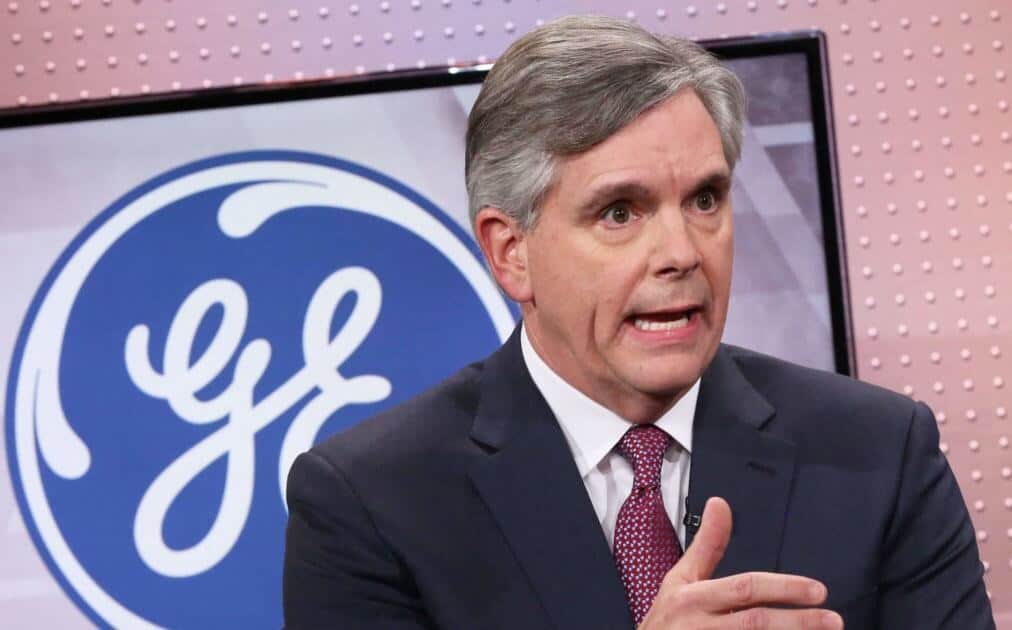 General Electric (NYSE: GE) stock price fell almost 3% as the company says the coronavirus pandemic dealt it $1bn blow to cash flow during the first three months of the year.

Lockdowns brought on by the health crisis has hit all business units of the Boston-based conglomerate, the company says aviation is among the hardest hit area due to more than a 90% global fall in demand for commercial planes in March and April.

“The impact from COVID-19 materially challenged our first-quarter results, especially in Aviation, where we saw a dramatic decline in commercial aerospace as the virus spread globally in March, said chief executive Larry Culp (pictured).

The group’s aviation business — the largest and most profitable of its divisions — was hit as orders for engines and other parts fell 14 per cent year-on-year to $7.5bn for the three months to 31 March. Profits at the unit fell 39 per cent to just over $1bn.

“We’ve been hit hard and fast … in some of our most important, highest-margin businesses, be it aviation, and services, particularly, gas power services,” said Culp. “We think that that gets worse before it gets better, particularly here in the second quarter.” 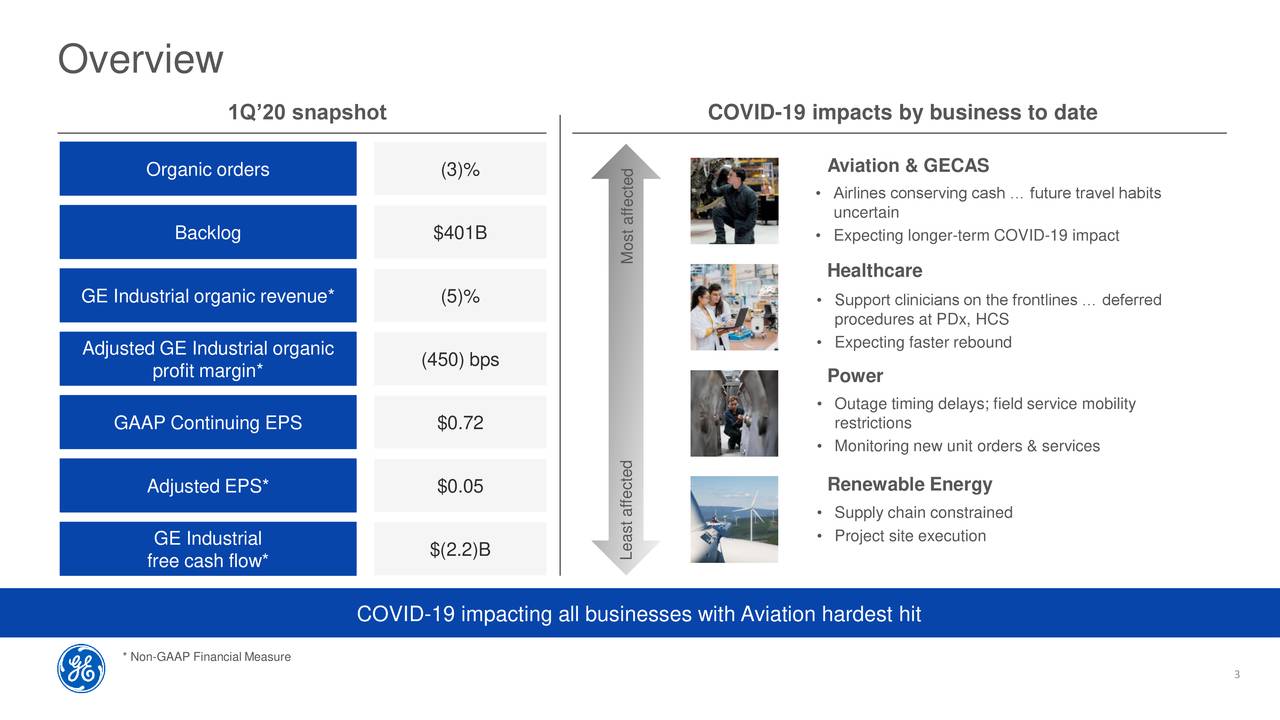 Earnings per share, adjusted to exclude certain items, were 5 cents for the quarter, compared with 13 cents last year and just shy of the 8 cents expected by analysts. Adjusted industrial profits, a core measure of GE’s earnings, fell 46 per cent year on year to $1.1bn. The company withdrew its full-year guidance earlier this month.

The group said total revenues of $20.5bn were down 8 per cent on last year but broadly in line with expectations. The stock had been lower in earlier dealing, but recovered later on Wednesday afternoon to trade largely unchanged at $6.77. GE has lost 43% of its value in stock trading since the beginning of this year.

Culp said the business is working on initiatives to save $2bn in operating costs and $3bn to preserve cash.

The company announced that headcount at its power division fell by 700 during the first quarter and a hiring freeze was implemented.  The company had already slashed 10% of its aviation workforce in late March, around 2,600 jobs.

Despite negative cash flows and a steep fall in revenue, Culp’s strategy of selling the non-core business has helped it boost its cash position during the crisis. GE completed the BioPharma sale last month for $20bn in net cash, bringing its cash, cash equivalents, and restricted cash to $47.3bn. The company has also lowered its Industrial debt by $7bn, and Capital debt by $4bn.

If you are interested in buying General Electric stock, you can check out our featured stock brokers here.