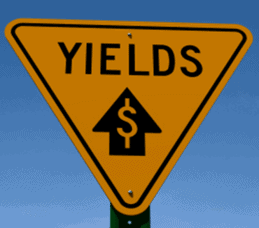 Index Universe: – Yield hungry ETF investors getting crafty. – Last year, the winning bet in fixed income was on falling interest rates, and while investors are still keen on finding yield, they’re starting to look for it in very different places.

FT: – GMO abandons bond market. – GMO, the Boston-based asset manager, says it has “given up” on the bond market, deciding to ditch long-dated sovereign debt as investors continue to pour billions into government bonds, including US Treasuries.

Dallas News: – Prospect of higher taxes pushing investors toward municipal bonds. – Stock-averse investors didn’t need any more reasons to barrel into bonds, but the outcome of the recent presidential election and all the drivel mouthed by politicians over the fiscal cliff gave them some anyway.

MorningStar: – Flows still point to a near record year for fixed income. – Inflows into intermediate-term bond funds continue to dominate taxable fixed-income flows. Optimism and positive performance in the third quarter gave way once again to the realities of markets and economies that continue to be fraught with risk and uncertainty.

Market Oracle: – Is the US bond market Ponzi scheme coming to an end? – The US Bond market has been in a bull market since the 1980s and although I originally was looking for a potential high early this year, we have not really progressed much further, expect that real rates have come down even lower and tested the prior December 2008 lows at 2.5%, potentially creating a double bottom.

LearnBonds: – Is now a good time to refinance your mortgage or buy a new house? – We will not tell you (because we don’t know) where real-estate prices are going, but we can give you a framework to think about mortgage rates and the likelihood of rates moving higher or lower.

Bloomberg: – Biggest taxable rally since ’94 narrows company gap. – Municipalities from Wisconsin to Connecticut are paying the smallest yield penalty in three years on taxable borrowings as investors seek out securities with higher interest rates and lower defaults than corporate debt.

ETF Trends: – Best muni bond ETFs for yield. – In the ongoing search for yield, some have branched out to high-yield municipal bond exchange traded funds, but investors will need to consider specific risks associated with the muni market.

Capital Spectator: – Investors don’t appear to be concerned about the impending fiscal cliff. – If investors are worried about the threat from the fiscal cliff, it’s not obvious in the recent price trends for the major asset classes. Our ETF proxies for the primary slices of the world’s capital and commodity markets remain in the black for the year through November 23.

Macon: – Municipal Bond Tax Exemption is Worth Saving. – Tax-exempt financing for governments has helped build schools, roads, bridges, water and sewer systems, libraries and airports for more than a century. However, in response to the looming congressional “fiscal cliff,” their tax exempt status is under threat. What will this mean for local government infrastructure projects?

Richard Shaw: – Mid-cap, consumer cyclicals and municipal bonds doing best in US for now. – Looking at moving averages and price rate of change of US key asset categories in the short-term over periods ranging from 1-year to 5-days; mid-cap stocks, consumer cyclicals and municipal bonds look best at this time. Utilities look worst of the alternatives.

Bloomberg: – Bond gains falter as fiscal cliff threatens US. – The biggest rally in three years in corporate bonds from the U.S. to Europe and Asia is losing steam, with the debt poised to deliver the first monthly losses in a year as the fiscal cliff imperils America’s economic recovery.

PIMCO: – Déjà vu all over again. – The re-election of President Obama reinforces the likelihood that the bond market will remain anchored for quite some time to come by the extraordinary degree of monetary accommodation that the Federal Reserve is providing.

Bloomberg: – San Bernardino’s ‘toxic politics’ snarl Calpers debt. – As bankrupt San Bernardino, California, neared yet another contentious vote to cut spending, the city council took a five-minute bathroom break. With one councilman still gone 40 minutes later, those remaining traded accusations of dirty politics with shouts of “Shame on you!” Amid the arguing, the vote never happened.