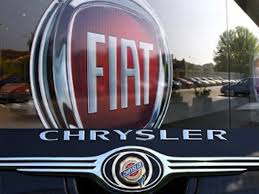 Prior to expenses, the sale of 100 million shares of stock coupled with a separate offering for a bond will raise $3.89 billion according to Fiat Chrysler Automobiles. With this sale, needed capital for funding a significant expansion plan and paying down debt will be provided to the company.

According to Fiat Chrysler Automobiles, common shares held previously in treasury shares will sell at $11 each, thereby raising $1.07 billion. In addition to this, the sale of bonds that by December 15, 2016 will convert into company shares raised $2.8 billion.

On the same day that name changes of two primary subsidiaries were announced to include Fiat Group, now known as FCA Italy SpA and Chrysler Group now FCA US LLC, Fiat Chrysler Automobiles confirmed the share and bond offerings were complete.

In a statement from CEO of FAC Sergio Marchionne, FCA has experienced a transformational year. With the share and bond offerings now complete, FCA will be established as a global automobile maker with necessary capitalization to be a serious competitor against the largest automakers in the world. The company is excited to execute the business plan for 2014 through 2018.

This past May, a motivated five-year plan was revealed by Marchionne in which the company plans to invest up to $60 billion in order to reach large-scaled goals.

The Agnelli family controls the investment company Exor, which bought bonds worth an aggregate $886 million, thereby preserving roughly 30% of FCA ownership. For FCA shares, Exor will retain ownership of approximately 29.5% once the offerings are complete, as stated by John Elkann, Chairman for both Exor and FCA.

In January, Fiat took over 100% ownership of Chrysler and then last October, all regulatory hurdles that made it possible for the newly formed company to establish world headquarters in London and register in Netherlands were officially cleared. Shortly after on October 12, the company’s name was changed to Fiat Chrysler Automobiles.