Microsoft Corporation is offering a number of free-to-play games for Xbox One.

The Redmond-based tech giant launched the Xbox One S in August. A wide range of games have been released this year including Final Fantasy XV and Battlefield 1. We’ve also discussed the top seven best Xbox One games that are coming in 2017. Let’s take a look at the top 10 best free games available for the Xbox One.

You can now play Frozen Free Fall: Snowball Fight for free. This is an epic matching puzzle game that features 195 free levels and a local multiplayer mode

You can challenge your friends and family to a thrilling Snowball Fight where you dodge and throw snowballs by creating cascading combos. Unleash spectacular power-ups and progress through challenging levels to unlock new characters and even more exciting puzzles.

World of Tanks is cross-play enabled so you can voice chat and coordinate with your teammates and compete against players worldwide across both Xbox One and Xbox 360 platforms.

The game has long been championed as the combination of best of both worlds, satisfying both hardcore card game fans for strategy depth and causal players for fantasy RPG gameplay.

Hawken follows the freemium model for monetization, with in-game purchases as the source of revenue.

Happy Wars is a large-scale online multiplayer action game, involving up to 16 players per match.

Go wild in over-the-top melees in a fantasy setting featuring comical characters. Assign any of the 6 unique character classes to your player character, personalize it by adding customization parts from a wide variety of choices, and engage in heated sieges and cast spells in grand magical battles with players all over the world. 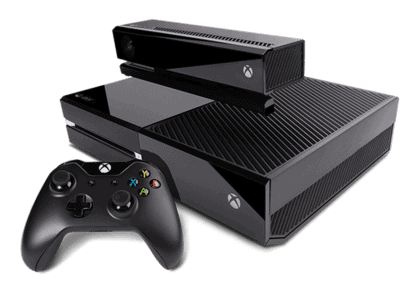 Happy Dungeons is a free-to-play action RPG. Grab a pad and enjoy the witty, upbeat storyline that’s never short of a surprise, all set within a bizarre world overflowing with comical characters.

The game has vibrant graphics combine with high-speed, stomach-churning action. You can customize your character to your heart’s content and go nuts in your own unique way.

Gems of War is the newest Puzzle/RPG/Strategy mash-up from the creators of Puzzle Quest. Battle against epic bosses or other players not just with swords and sorcery, but with a puzzle board.

Gems of War is a highly addictive, easy to learn, and filled with crazy combos and tons of depth. Match gems to power your spells, and match skulls to smite your enemies. Then take the spoils of war, and forge a mighty empire.

Fight players in kingdoms, become the champion, then defend your title against the ravening hordes. You can even join a guild and fight alongside your friends. Collect and level-up over 100 different troops and their special spells. Discover over 150 Quests, each with a distinctive story. Collect all 65 Weapons and their unique spells, and rise on the global rankings in asynchronous PvP.

Enter the DC Universe is a free to play action game in which you fight alongside and against legendary DC characters such as Batman, Wonder Woman, Superman, and the Joker.

You can walk the darkened streets of Gotham City and investigate the mysteries of the futuristic cityscape of Metropolis. Also, you can travel to legendary locations such as Arkham Asylum and the Watchtower.

Battle Islands is an action-packed, WW2-themed battle strategy game. It’s 1942, and deep in the South Pacific your platoon of crack troops lands on a tropical island, but can you defeat enemy forces and hold your ground to fight another day?

You will need to act quickly to control air, sea, and land forces, build your garrison, battle against friends and create powerful allegiances. Also, you need to control troops, jeeps, tanks, boats and warplanes over air, sea, and land. It’s important to build and improve your military might, and use it to raid and pillage enemy islands and capture their resources.

Battle Islands is an exciting real-time strategy and combat gameplay.

It is a highly competitive fast-paced real-time strategy game, where players team up AirMechs to amass unrelenting combat forces and destroy the enemy team’s fortress.

The new Xbox One S is 40% smaller than the Xbox One. The console comes with a built-in power supply plays Blu-ray movies. It enables users to stream video in stunning 4K Ultra HD with High Dynamic Range.

According to Microsoft, the HDR support for video and gaming will make games – Gears of War 4, Forza Horizon 3 and Scalebound – even better due to a higher contrast ratio between lights and darks.