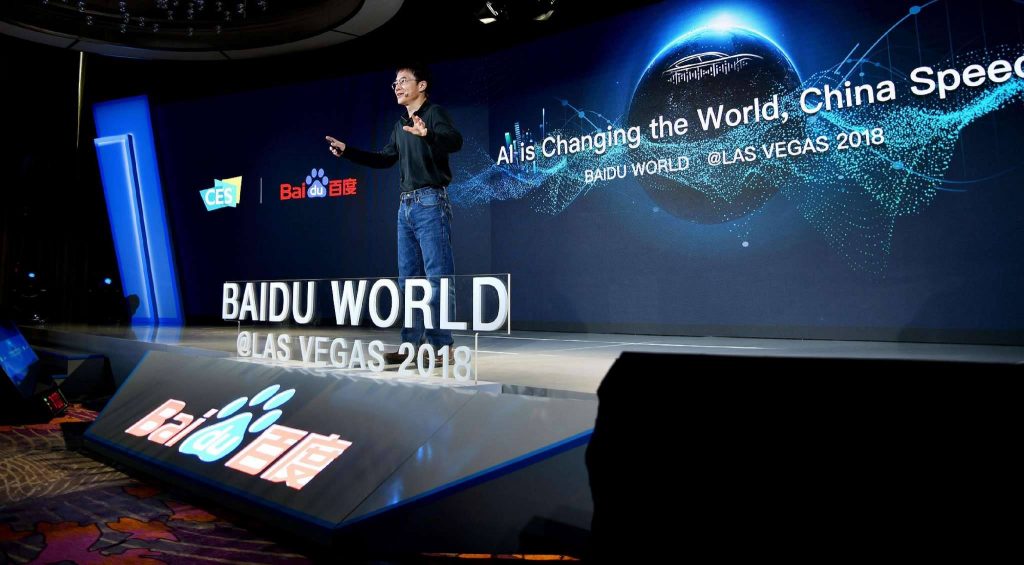 There has been a broad-based sell-off in Chinese tech stocks over the last couple of weeks and Baidu is over 41% from its 52-week highs. Is Baidu stock a buy now after the sharp fall?

While there has been a sell-off in all tech stocks amid concerns over their valuations, for Chinese tech stocks, the sell-off was further compounded by China’s crackdown on its tech companies and fears over the delisting of Chinese companies from US exchanges.

US crackdown on Chinese companies

The US SEC has adopted rules that could lead to the delisting of Chinese companies if they don’t company with the rules. The US House of Representatives passed the “The Holding Foreign Companies Accountable Act” in December which was later signed by then-President Trump. The law entails delisting of foreign companies if they don’t comply with the US Public Accounting Oversight Board’s audits for three consecutive years.

Alibaba, Baidu, and JD.com are among the leading US-listed Chinese companies. Amid the US-China tensions, Baidu has followed Alibaba and went for a dual listing in Hong Kong. Alibaba had also given a miss to the US stock markets for the IPO of Ant Financial which was later stalled by the Chinese authorities.

The SEC had 90 days to adopt the rules and it has put the new rules on the website seeking public comments on how to identify the companies that don’t meet the standards. While the new rules would cover all foreign listed companies on the US exchanges, the release leaves no doubt that it is targeted mainly at China as US-listed companies would need to disclose “name of each official of the Chinese Communist Party who is a member of the board of directors of the issuer or the operating entity.”

Chinese companies face the heat in the US

Also, the companies would need to disclose “Whether the articles of incorporation of the issuer (or equivalent organizing document) contains any charter of the Chinese Communist Party, including the text of any such charter.”

Fears of delisting in the US are taking a toll on Chinese stocks including Baidu. Meanwhile, China’s crackdown on its tech companies is not helping matters. Earlier this month, China fined Baidu and several other Chinese companies for making acquisitions without notifying authorities. While the fine wasn’t huge, it signals the tough stance that the country has taken against its tech giants. 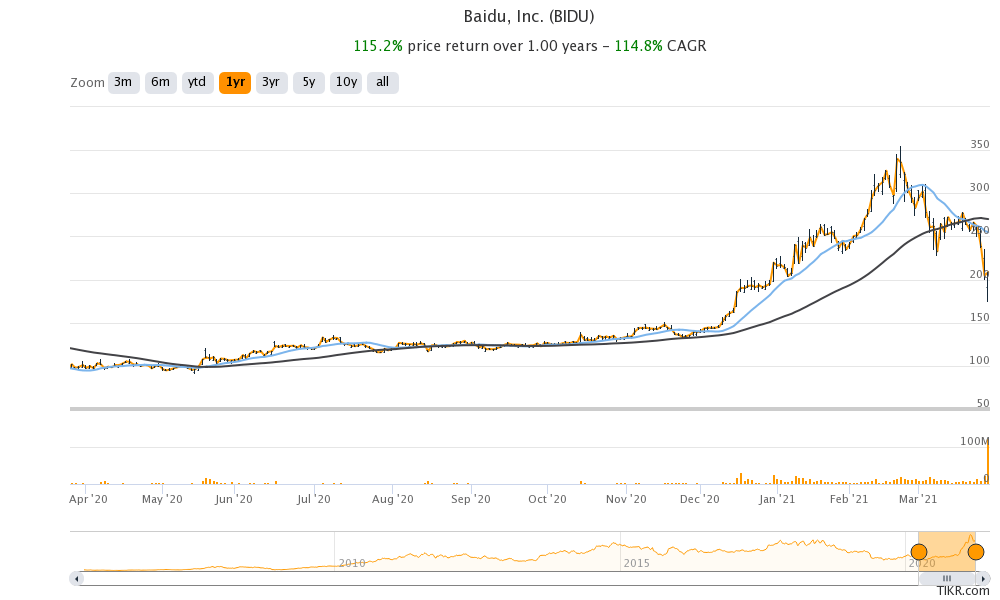 Should you buy the dip in Baidu stock?

Chinese companies including Baidu would face increased scrutiny in the US after the new laws. The motivation for the law was the Luckin Coffee accounting scandal where US investors lost billions of dollars and reportedly US investigators did not get adequate help from the Chinese regulators.

If Chinese companies are indeed delisted from the US exchanges it will be a lose-lose situation. Chinese companies have been able to lower their cost of capital by raising billions of dollars from US stock markets. On the other hand, US investors have had access to a profitable asset class and have reaped good returns in many Chinese companies especially the electric vehicle stocks like NIO.

Before considering buying the dip in Baidu stock, it would be prudent to look at the company’s fundamentals. While Baidu is known for its search engine, the company has also been investing in artificial intelligence (AI) and autonomous driving. Both these businesses can add value to the stock in the medium to long term.

Notably, pure-play AI and autonomous driving stocks are commanding exorbitant valuations. However, Baidu’s valuation multiples look reasonable. It trades at an NTM (next-12 months) PE multiple of 20x. The valuation multiples have come down amid the sell-off in Chinese tech stocks.

Citi is bullish on Baidu stock

Meanwhile, Citigroup has put its weight behind some of the Chinese stocks including Baidu after the recent crash. “While we are not sure whether the huge volatility of share price movement of many technology stocks during the last few days could trigger more forced selling pressure or de-risk selling sentiment from other funds in the next few days, we do believe and are reassured that none of the sell-down is fundamental related,” said Citi analysts in a client note.

Citi has a target price of $364 on Baidu stock which is a premium of 75% over current prices. Citi said that the company’s “growth outlook remains promising” and termed the “selloff as technical and exaggerated and hence a long-term buying opportunity.”

Pegasus Fund Managers is also buying Baidu stock after the fall. “The valuation has turned very attractive. Shares have hit a near-term bottom since the drop has nothing to do with fundamentals. It has earnings growth and the momentum is not bad. It’s the best tech stock to hold if you want to get exposure to the concept of auto-driving,” said the company’s Managing Director Paul Pong.

There are several ways to trade and invest in Chinese companies like Baidu. Some of the brokers let you trade in Chinese market stocks. Since Baidu trades on the US markets, you can buy it with any of the best online stock brokers