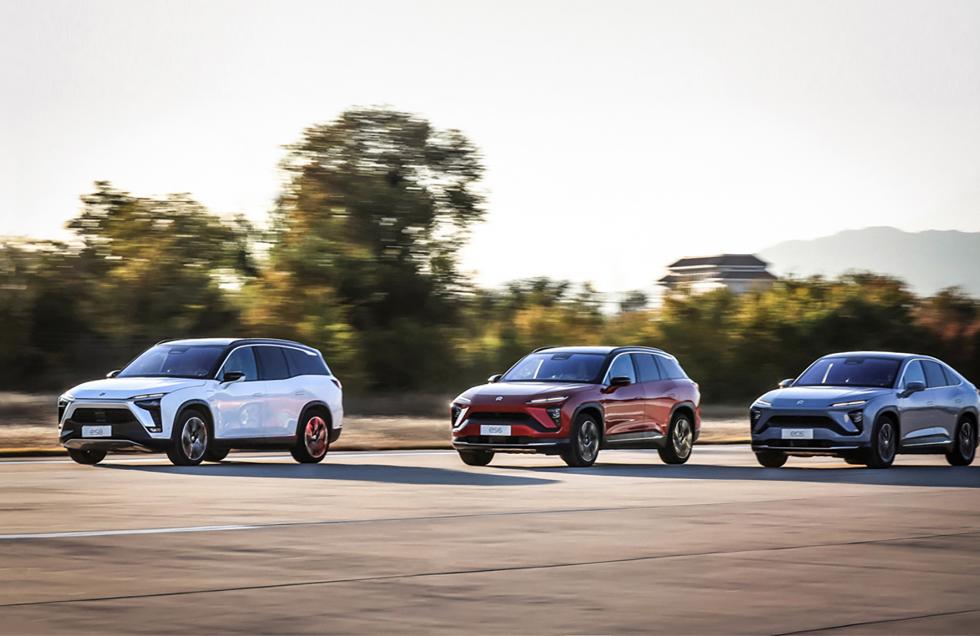 NIO delivered 7,225 electric cars in January, a year over year rise of 352%. Looking at the breakup, the company delivered 1,660 ES8, 2,825 EC6, and 2,720 ES6 models in the month. The company’s cumulative deliveries have risen to 82,866 as of 31 January 2021. Last year, Tesla reached the milestone of reaching a cumulative 1 million deliveries. Tesla could deliver over a million cars in 2022 looking at its strong growth trajectory. The company expects to grow its deliveries at a CAGR of 50% over the next few years.

Meanwhile, NIO has now reported record-high deliveries for the last six consecutive months. Like Tesla, NIO is also a capacity constrained company and can only sell as many cars as it can produce. Both these companies are working to increase their production capacity and meet the soaring consumer demand for their vehicles

Coming back to NIO, its EC6 crossover accounted for 39% of its total January deliveries and was the highest-selling model. This is the most recent model from the Chinese electric vehicle maker and was launched officially in December. Tesla also gets most of its revenues from the Model 3 and Model Y and the sales growth of its older Model S and X have been gradually coming down.

In January, NIO announced its new sedan ET7 that would be its first sedan and compete with Tesla’s Model S. At the NIO Day event last month, the company unveiled its ET7 sedan. The car would be available in 2022 only but the pre-bookings are open. It would have a 150-kilowatt-hour battery pack which is better than the 100-kilowatt-hour battery pack that it had launched last year.

Because of the better battery pack, NIO EC7 would have a range of over 621 miles. The car, which NIO’s CEO William Li termed a “cozy living room” would cost between $69,185 and $81,230 depending on the configuration that a user chooses. The pricing is before any subsidies. The pricing is competitive looking at comparable models from rival automakers. Notably, there is a price war in the Chinese electric vehicle market as cash rich companies battle it out for market share.

NIO stock closed almost flat on Monday despite the stellar January delivery report. However, it is up over 1,250% over the last year. NIO is among the most notable turnaround stories of 2020. The company not only survived what looks like an imminent bankruptcy but also thrived in the year. The company’s market capitalization is now approaching $100 billion and it now has plenty of cash to fund its cash burn and invest in growth. 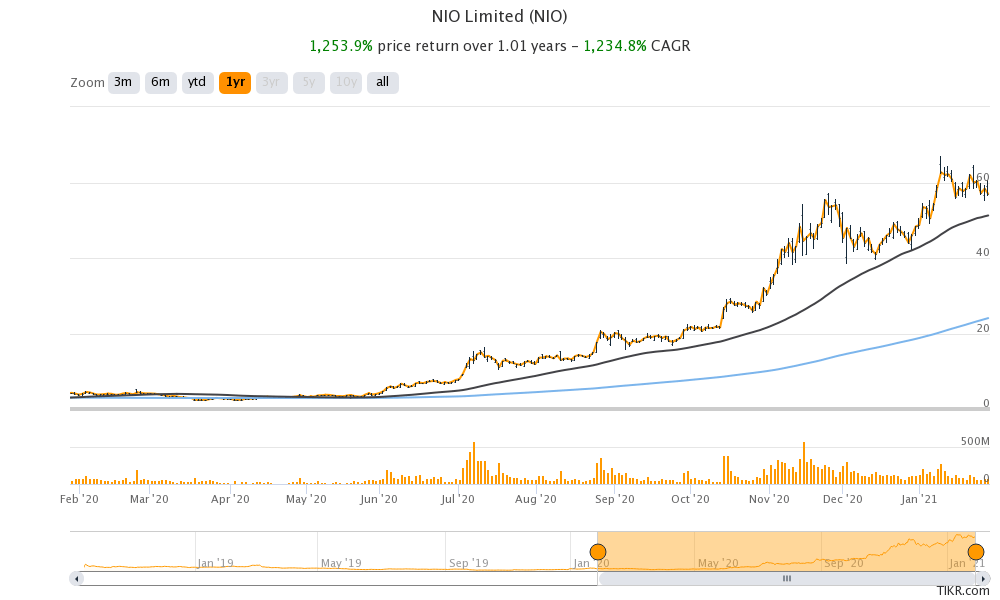 Electric vehicle companies have been on a capital raising spree. Last year, both Tesla and NIO issued shares thrice amid the rise in their stocks. Last year, Tesla generated free cash flows of $2.8 billion and raised almost $13 billion from share issuance.

It had cash and cash equivalents of $19.4 billion at the end of 2020 which is higher than its total debt. While legacy automakers have a huge debt burden that’s further compounded by pension liabilities, Tesla now has negative net debt and the cash on its balance sheet exceeds its total debt.

XPeng delivered 6,015 electric cars in January, a year over year rise of 470%. The company delivered 2,305 G3 and 3,710 P7 in the month. XPeng has now delivered a record number of cars for three straight months.

“The record-breaking delivery results reflect the strong market appeal of XPeng’s products and services as the Company accelerates its delivery capabilities and launch of new smart features, expanding brand awareness and marketing efforts,” said the company in its release.

Today, Li Auto also provided its January delivery numbers. The company delivered 5,379 of its Li ONE cars in January which was 356% higher as compared to the last year. The company has delivered 38,976 cars so far cumulatively.

It also announced that it would establish a new research and development facility in Shanghai. “The abundant availability of top-notch talents with expertise in smart vehicles in Shanghai and its adjacent areas alongside rich supply chain resources made the city an ideal choice for our new R&D center,” said Yanan Shen, co-founder, and president of Li Auto.

He added, “Its establishment will expedite our new model launches and the development of smart vehicle technologies as we aim to provide our users with increasingly advanced products and services.”

Following in NIO’s footsteps, XPeng and Li Auto also issued shares towards the end of 2020. These companies listed on the US markets last year only but the spike in its stock prompted them to issue more shares.

Incidentally, electric vehicle stocks have soared whenever they announced capital raise. Usually, a capital issuance leads to a drop in stocks on dilution fears. However, when it comes to electric vehicles, the only thing markets want is strong growth. The capital raise would help these companies to invest in new facilities and turbocharge their growth.

Electric vehicles look a good investment theme for the near foreseeable future despite overvaluation concerns. You can buy NIO stock and other listed green energy stocks through any of the best online stockbrokers.