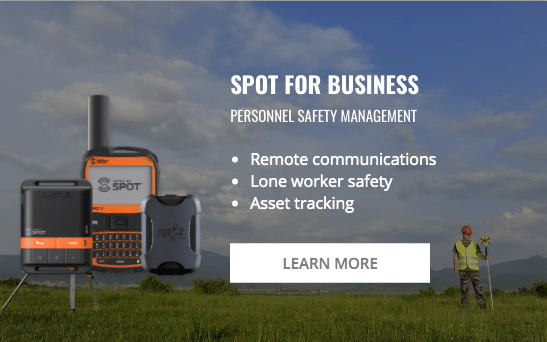 Globalstar shares rocketed during yesterday’s stock trading session following the reveal of a major opportunity in the private high-speed LTE market for the company and higher forecasted penetration of its existing satellite solutions for commercial Internet of Things (IoT) devices.

These details were communicated by the Chief Executive of the Lousiana-based satellite communications provider, Dave Kagan, during the 24th Burkenroad Reports Investment Conference hosted by the New Orleans-based Tulane University and later on released in the form of a 22-page long PowerPoint presentation.

Along with providing updates about the firm’s historical performance, Kagan informed investors that the firm plans to expand its terrestrial spectrum segment to a point that it accounts for more than half of the firm’s total revenues – which, by the end of last year, landed at $128 million.

Moreover, according to the presentation, the company expects to expand its reach in the global commercial segment of the Internet of Things (IoT) market, reportedly valued at $2.5 billion. From that total, Globalstar believes that it can grab a market share of 90% or higher even though the firm acknowledged that it does not hold licenses to operate in all corners of the globe yet.

In the ideal scenario that they manage to achieve that, the company’s commercial IoT revenues will expand from $36 million last year to $2.2 billion by 2027. This appears to be the reason why Globalstar shares traded higher yesterday, as they closed the session 48% higher at $1.36 per share after the report was published.

Moreover, the firm revealed that it has secured terrestrial authorization to deploy its Spectrum satellite coverage in the United States, Brazil, Canada, and 7 different African countries including Mozambique, Rwanda, Gabon, and Namibia.

According to the firm, the total addressable market (TAM) for this private LTE solution was around $23 billion by 2017 based on a report from Harbor Research.

What’s next for Globalstar shares?

A closer look at Globalstar’s investor presentation shows that the firm lost almost $110 million last year although it produced a positive EBITDA of $33.4 million after adjusting for non-cash items.

Meanwhile, its adjusted EBITDA, which mostly adds back non-cash items including non-cash compensation extended to executives, landed at $42.2 million.

As a result of yesterday’s uptick, Globalstar’s market capitalization jumped to more than $2.23 billion, which is around 53,000 times its 2020 EBITDA. Market participants may be expecting that the materialization of these opportunities might result in a significant expansion in the firm’s profitability in the following years.

If the firm manages to achieve the ambitious target of amassing 90% of the global satellite commercial IoT market, that additional revenue would boost the firm’s EBITDA to around $600 million – assuming its margins stay the same at 25%. However, it remains unclear if such an achievement is actually possible.

Based on that, and excluding any potential revenues resulting from the expansion of its private LTE segment, we can state that the market is assigning a price/EBITDA multiple of almost 4 to the company based on these forecasted earnings.

If you wish to invest in Globalstar shares you can do so by signing up with one of our favorite stock brokers.