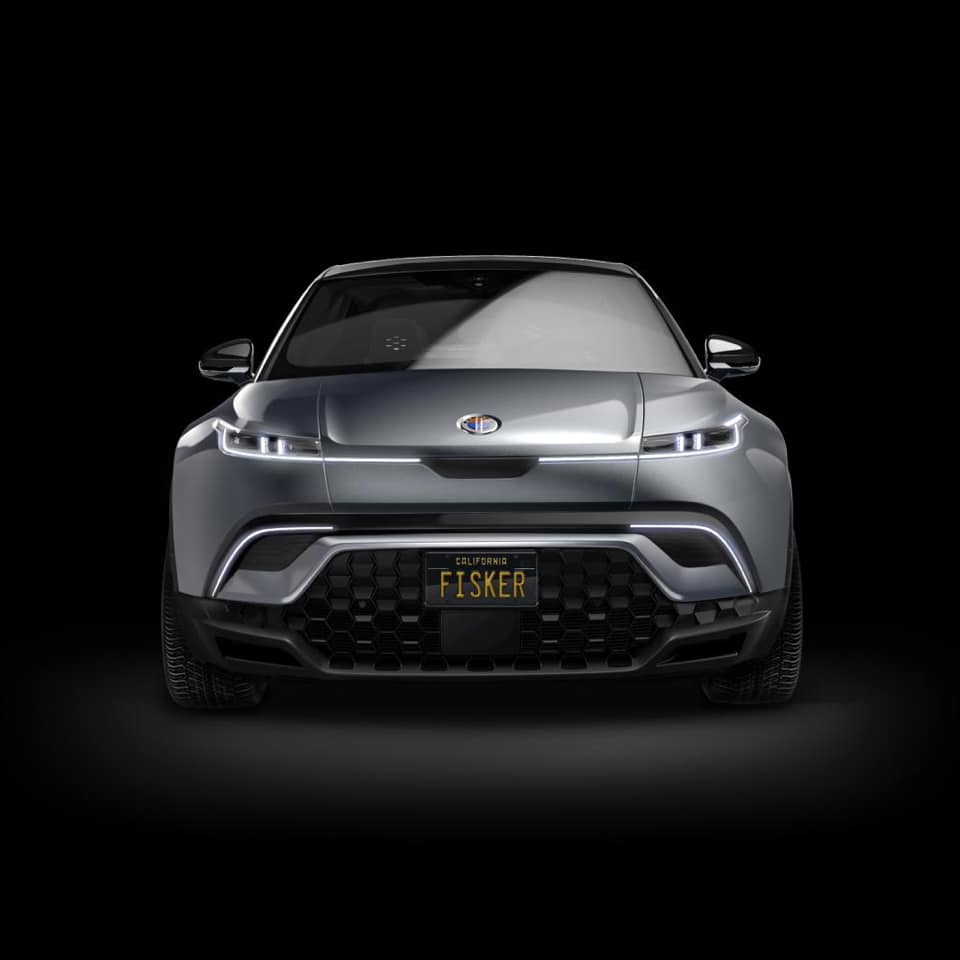 Fisker stock was trading sharply higher in US pre-market price action today after the company announced a framework agreement with Foxconn to produce cars.

The two companies have signed a new agreement for Project PEAR to jointly develop new segment vehicles which would be sold globally under the Fisker brand name.

Fisker’s first model would be an SUV named Ocean and would start at $37,499. The lease cost is expected to be around $379 per month. The model is expected to have a range between 250-250 miles which is below what companies like Tesla and NIO offer. That said, the price point for Ocean is also below Tesla’s Model X and Model Y.

Fisker went public last year through a SPAC merger and has had a horrid time since the listing and trades at less than one-third of its peaks. There has been a sell-off in all the electric vehicle stocks and Fisker is no exception. Tesla meanwhile is outperforming other electric vehicle stocks in 2021 even as it is also down sharply for the year.

Meanwhile, coming back to Fisker’s agreement with Foxconn, the company said in the release that “Under the agreements, Fisker and Foxconn will jointly invest into Project PEAR, with each company taking proceeds from the successful delivery of the program. Fisker will work with Foxconn on a new lightweight platform designated ‘FP28,’ leveraging technological expertise from each company to support Project PEAR and potential future vehicles.”

Fisker is optimistic about starting the production of its Ocean SUV in Europe in the fourth quarter of 2022. Project PEAR would the second model for Fisker and the company has priced it attractively at $30,000. Notably, Fisker is still in the pre-revenue stage.

“At under $30,000 with stunning design and innovation, we are rethinking the car, both in terms of proportions, design, interior functionality and connected user experience. Project PEAR comes just a year after we launch the Ocean,” said Fisker’s CEO Henrik Fisker.

He added, “We see the tipping point for electric vehicles fast approaching and we are utterly focused on being ready to meet that demand. The Fisker brand will go beyond electrification, by taking the lead in design innovation and sustainability.”

The demand for electric vehicles is expected to rise sharply over the next decade and legacy automakers have announced several new all-electric models to take on pure-play electric vehicle companies. Apple is also planning an entry into the electric vehicle industry by the middle of this decade. 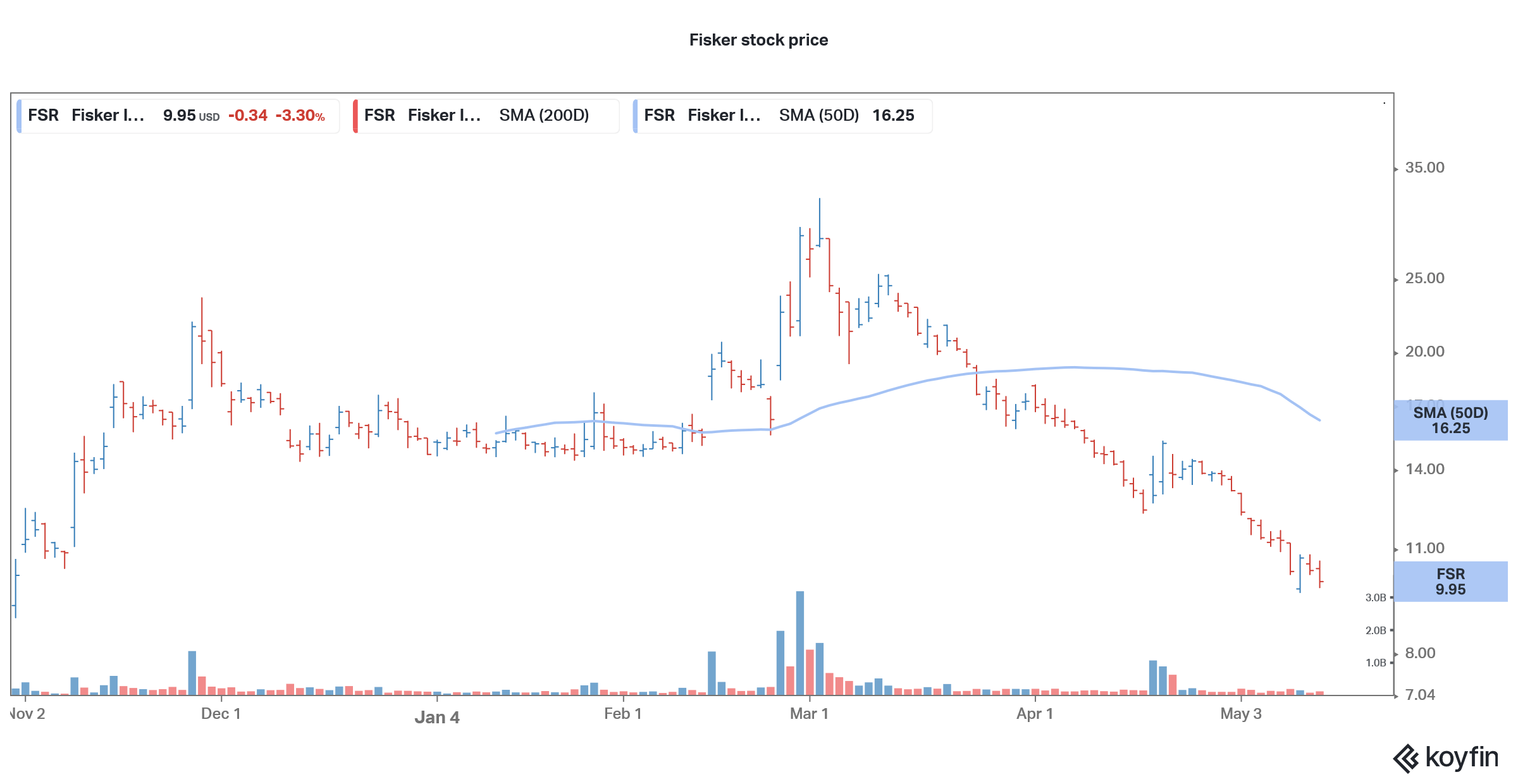 Ocean SUV to be unveiled later this year

Fisker intends to reveal a production-intent prototype of the vehicle of the Ocean SUV at the Los Angeles Auto Show which would be held later this year. For Ocean, the company has tied up with Magna to produce the cars. A lot of pure-play electric vehicle companies including NIO are following an asset-light model and partnering with third parties to produce their cars.

Tesla makes cars at its own Gigafactories

However, Tesla has taken a different approach and produces its cars at the giant Gigafactories. The company also produces some of the components in-house. Lucid Motors which is set to merge with Churchill Capital IV (CCIV) is also building its own plant to produce electric cars. CCIV also trades at around a quarter of its 52-week highs.

Morgan Stanley is bullish on Fisker

Markets sent Fisker stock north after the agreement with Foxconn. Morgan Stanley analyst Adam Jonas reiterated his overweight rating and a $40 target price on the stock after the announcement. Jonas’ bull case target price implies an upside of 900% over current prices. Jonas has been bullish on Fisker and earlier this year he said that the company “we think from a risk-reward basis, is a lot more attractive than meets the eye.”

“I think that our clients might be underestimating how important Fisker, that Fisker project is, for both Foxconn and Magna to get it right,” said Jonas. He also said “We think they might be one of the very few EV startups that actually launches on time and ramps efficaciously. Watch it.”

Last month Bank of America also issued a bullish note on Fisker stock after which it rallied. However, it soon came down as the sell-off in speculative growth names intensified amid rising inflation and bond yields.

Bank of America assigned a $31 price target to the stock. The brokerage based its price forecast on the expected boom in electric vehicle sales and Fisker’s 2025 revenue and earnings numbers.

However, they sounded optimistic about the electric vehicle start-up company despite rising competition and said that Fisker stands “out even with plenty of fish in the ocean of new EV (electric vehicle) automakers.”

They also added that “Our Buy rating on Fisker is predicated on our view that the company is a beneficiary of, although still one of many participants within, the automotive industry evolution towards electrification.”

How to invest in Fisker stock?

You can buy Fisker stock through any of the reputed online stockbrokers. Alternatively, if you wish to trade derivatives, we also have reviewed a list of derivative brokers you can consider.