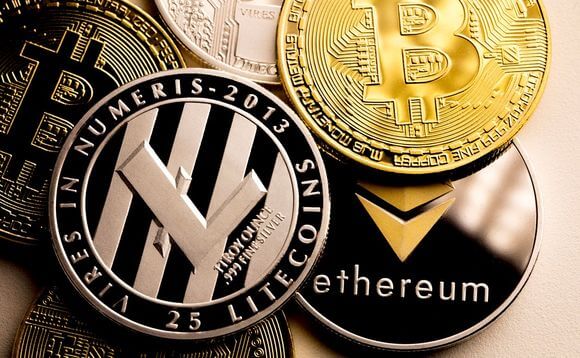 The market cap of cryptocurrencies is shrinking by more than $300 billion this morning after three Chinese regulatory bodies announced a ban imposed to financial institutions and companies providing payment services that prevents them from offering products or performing transactions with crypto assets.

These services include trading, clearing, settling, and registration, while the organizations are not allowed to provide savings or any other financial products that involve cryptocurrencies.

The move comes only two and a half months after China introduced its very own national digital currency – know as the digital yuan – in their latest effort to promote their domestic currency as a widely-accepted mean of exchange for the global economy.

However, this is not the first time that the Asian country has clamped down on crypto assets. The first assault can be traced back to December 2013, when Chinese regulators banned banks from holding or transacting with Bitcoin (BTC). Six years later, China effectively banned initial coin offerings (ICO) and cryptocurrency exchanges from operating in the country.

In this context, today’s move appears to be the latest in China’s long-running history of opposing Bitcoin, and cryptocurrencies for that matter, possibly as the country aims to promote its digital currency as a plausible substitute for these decentralized alternatives.

“Recently, crypto currency prices have skyrocketed and plummeted, and speculative trading of cryptocurrency has rebounded, seriously infringing on the safety of people’s property and disrupting the normal economic and financial order”, said the three Chinese regulators, including the National Internet Finance Association of China (NIFA), in a joint statement released yesterday.

Meanwhile, analysts from JP Morgan Chase wrote in a note to clients: “Institutional investors appear to be shifting away from bitcoin and back into traditional gold, reversing the trend of the previous two quarters”.

So far this morning, cryptocurrencies have lost a total of $367 million combined according to data from CoinMarketCap, with the market capitalization of the entire ecosystem dropping to $1.722 trillion.

On an individual scale, Ethereum (ETH) is losing 24% so far at $2,656 per coin while Bitcoin (BTC) is dropping almost 17% at $37,921 – slipping for the first time below the $40,000 psychological threshold since early February this year. The two cryptocurrencies combined account for almost 60% of the market capitalization of the entire ecosystem.

It is important to note that China is one of the most important cryptocurrency trading and mining hubs in the world. If the government moves to impose further bans that criminalize or penalize crypto-related activities as a whole, the entire market could suffer quite dramatically as volumes would drop as a result of the measures.

What’s next for cryptocurrencies?

This latest crackdown from China is without a doubt dealing a strong blow to the cryptocurrency market this morning, with Bitcoin (BTC) sliding below a key threshold that may have served as the last line of the defense for the coin before it moves even lower.

Meanwhile, the break of this major support area at $42,500 results in a huge downside risk for Bitcoin, with the coin risking a drop to the high 20,000s for a 26% loss. The evolution of the price action in the coming hours could either reinforce this view or invalidate the current break depending on whether this dip is bought by institutional investors and late buyers looking to enter the space at a much lower price point.

If that happens, chances are that Bitcoin could find support near the $40,000 area and that appears to be the shared view among key market participants including Michael Novogratz from Galaxy Digital.