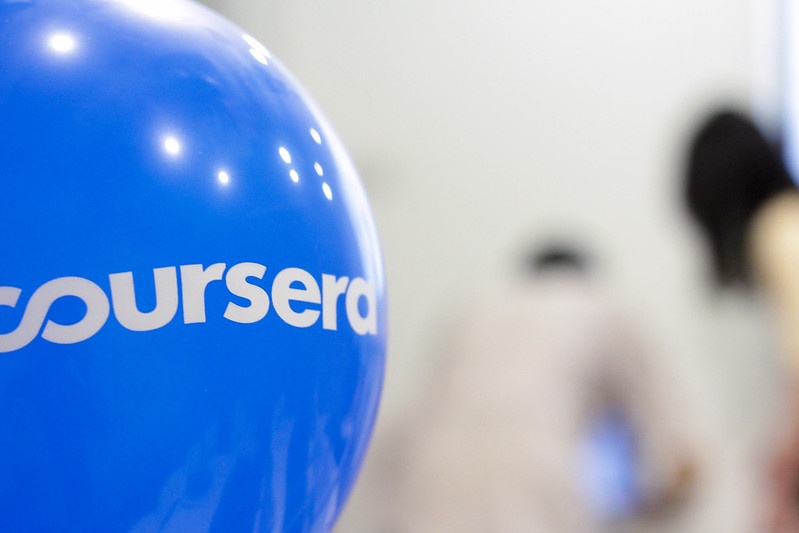 Coursera stock shined during its first day of trading on Wall Street, with shares of the Mountain View-based online learning platform jumping 36% above their listing price of $33 a piece.

Through this initial public offering (IPO), Coursera successfully raised a total of $520 million in proceeds at a valuation of $4.3 billion while yesterday’s uptick pushed that number higher to around $5.9 billion.

Coursera’s shares moved higher since the first minute they hit the trading floor but then exploded in the middle of yesterday’s stock trading session, ending the day at $45 per share while also moving 1.5% higher in pre-market action today at $45.75.

The company, an online learning platform that offers access to high-education courses from top-tier universities across the world, saw its revenues jump nearly 59% in 2020 compared to a year ago after selling $293.5 million in courses as the pandemic prompted more people to give online education a try.

During that period, the number of registered learners – a key metric for Coursera (COUR) – jumped to 76.6 million, allowing the firm to register in a single year nearly 40% of the students it had brought since the platform was first launched due to this pandemic tailwind.

Meanwhile, according to Coursera’s SEC filing, the firm also used the opportunity to attract more corporate clients, with this particular segment growing from 240 companies in 2019 to 387 by the end of 2020.

The Enterprise segment has grown to become an important component of Coursera’s top-line, now accounting for 24% of the firm’s total revenues after contributing only 8% to the company’s sales back in 2017.

Most of these losses were caused by higher marketing expenditures during 2020, as the company took advantage of the pandemic to grow its user base – a decision that seems to have worked out pretty well.

Meanwhile, its adjusted EBITDA, which eliminates the effect of non-recurring and non-cash items, ended the year on negative territory at $39 million, up from a previous negative EBITDA of $26 million in 2019.

Is Coursera stock a buy after the IPO?

As of yesterday’s closing price, Coursera is being valued at around 20 times its revenues. Although that number seems quite high, it is important to take note of the company’s historical growth and how the pandemic may have provided a long-term tailwind to the firm’s business model.

Meanwhile, the number of registered learners grew at a rate of 24% per year on average before the pandemic stroked. If we were to assume that growth rates go back to those pre-pandemic levels once the virus situation is over while the average revenue per learner remains at $3,442 per learner, we could forecast that, 5 years from now, Coursera’s revenues could move up to approximately $860 million.

Now, what about the price-to-sales ratio? Other companies in this space, including Grand Canyon Education (LOPE) and Pluralsight (PS), are being valued at around 5 to 7 times their sales.

However, Coursera’s business model is quite unique, as it offers access to top-tier degrees from well-reputed universities. Therefore, if we were to assign the firm a higher P/S ratio of say 10 – roughly two times higher than the one given to these “competitors” – we would land at a valuation of approximately $8.6 billion based on these rough estimates.

That would represent a 45% potential upside in the following five years if these targets and assumptions come to fruition.

Wondering how you can buy some Coursera shares? Take a look at our list of top stock brokers so you can get your hands on some before they move any higher.