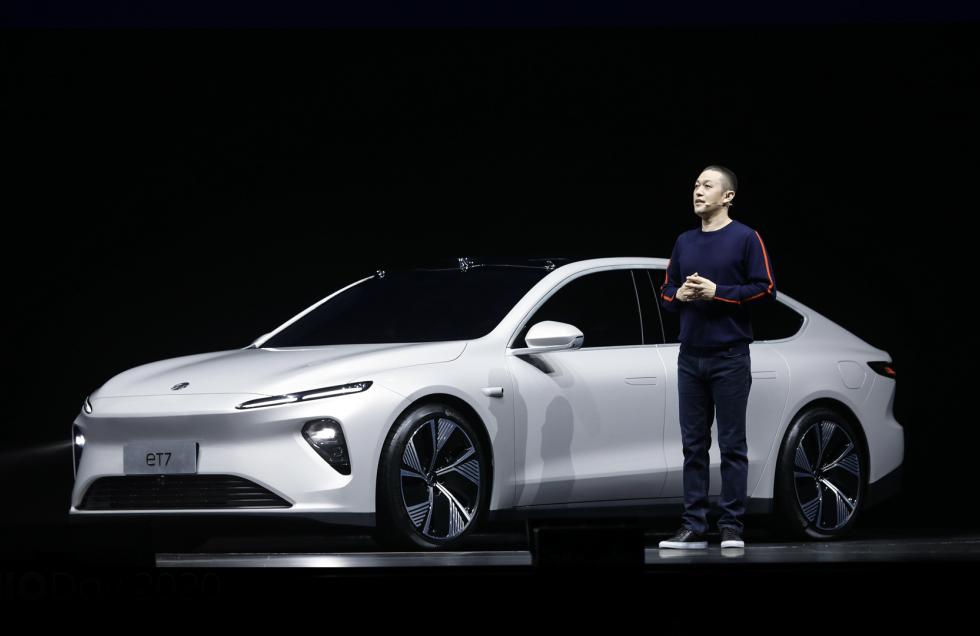 NIO stock was among the biggest gainers in 2020 with a rise of over 1,100%. The company has provided more details about its upcoming sedan ET7 during the NIO Day last week. What factors could drive NIO stock higher from these levels?

NIO had announced the launch of its sedan earlier this year only when it reported its December delivery report. While many feared that the Chinese electric vehicle maker would go bankrupt, it not only survived the scare but thrived in 2020.

NIO stock made a new record high of $59.31 on Friday and had a market capitalization of almost $92 billion which is more than General Motors and almost thrice of Ford. The rally in electric vehicle stocks has made many retail investors who bet on the vehicle electrification theme rich. Tesla’s CEO Elon Musk has now become the world’s richest person ahead of Amazon’s CEO Jeff Bezos.

After last year’s turnaround where it delivered on key operating metrics and also shored up its balance sheet, NIO is now looking at aggressive growth. At the NIO Day event last week, the company unveiled its ET7 sedan which is its first-ever sedan. The car would be available in 2022 only but the pre-bookings are open. It would have a 150-kilowatt-hour battery pack which is better than the 100-kilowatt-hour battery pack that it had launched last year. 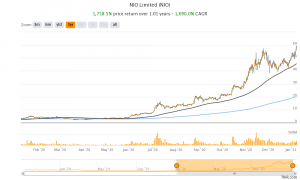 Because of the better battery pack, NIO EC7 would have a range of over 621 miles. The car, which NIO’s CEO William Li termed a “cozy living room” would cost between $69,185 and $81,230 depending on the configuration that a user chooses. The pricing is before any subsidies. Notably, while NIO cars don’t qualify for the Chinese government’s subsidy for electric vehicles based on the car prices, its battery swap technology that it has pioneered makes it eligible for the subsidiary.

It is worth noting that while battery costs have gradually come down, they are still the most important cost driver as well as a differentiator for electric cars. The battery swap technology, that NIO calls the BaaS (Battery-as-service) helps bring down the initial buying price of an NIO car by almost 20%. Buyers can then rent the battery at around $150 per month.

Tesla Model 3 is the bestselling electric car model in China

Tesla’s Model 3 was the best-selling electric vehicle model in China in the first 11 months of 2020 with sales of 116,000 vehicles. Tesla’s Gigafactory ramped up operations last year. This year, it also started delivering Model Y cars in China. Meanwhile, looking at the premium positioning that NIO has set for its cars, it wouldn’t be competing for Model 3 which has a much lower range as well as pricing as compared to the ET7.

NIO’s sedan would compete with the sedans from luxury automakers like BMW. Li expects the sales of ET7 to reach similar volumes as BMW’s 5-series sedan in China. However, he did not give a timeline even as he termed it a “reasonable” possibility,

The ET7 model would have lidar sensors as part of its autonomous driving system. Notably, lidar stocks had surged in December amid reports of Apple launching an electric car by the middle of this decade. Gene Munster, who expects Tesla’s market capitalization to soar to $2 trillion over the next three years, sees Apple’s entry into electric vehicles as the biggest risk for Tesla.

Musk has been critical of lidar technology. He is also not convinced by the hydrogen fuel cell technology, that competes with battery-electric cars like Tesla produces, to grab a share of alternate energy vehicles. However, fuel cell technology has been gaining traction and fuel cell energy stocks were among the biggest gainers last year with the rally gaining steam after Joe Biden’s election as the US president.

In a sign of gaining acceptance of the technology, earlier this month, South Korea-based conglomerate SK Group has announced that it will take a 9.9% stake in Plug Power, valued at around $1.5 billion. The two companies will also form a joint venture to develop fuel cell products in Asia.

Other drivers for NIO stock?

The sedan launch is a positive driver for NIO stock. Later this year, the company is also expected to launch its cars in international markets outside of China. International expansion and new models would drive the company’s growth in the medium to long term.

That said, there are genuine concerns over the rally in electric vehicle stocks getting overstretched. NIO is making losses and is expected to not turn around a profit for at least the next two years. Also, looking at the intensifying competition among electric car makers, there is bound to be pricing pressure and these companies might never be as profitable as tech companies.

Those who thought that electric vehicles are overvalued and would fall are having a hard time. For instance, Tesla stock short-sellers lost almost $40 billion last year betting against the company. That’s the highest loss on a stock that short-sellers have suffered in a year.

You can buy NIO stock and other listed green energy stocks through any of the best online stockbrokers.