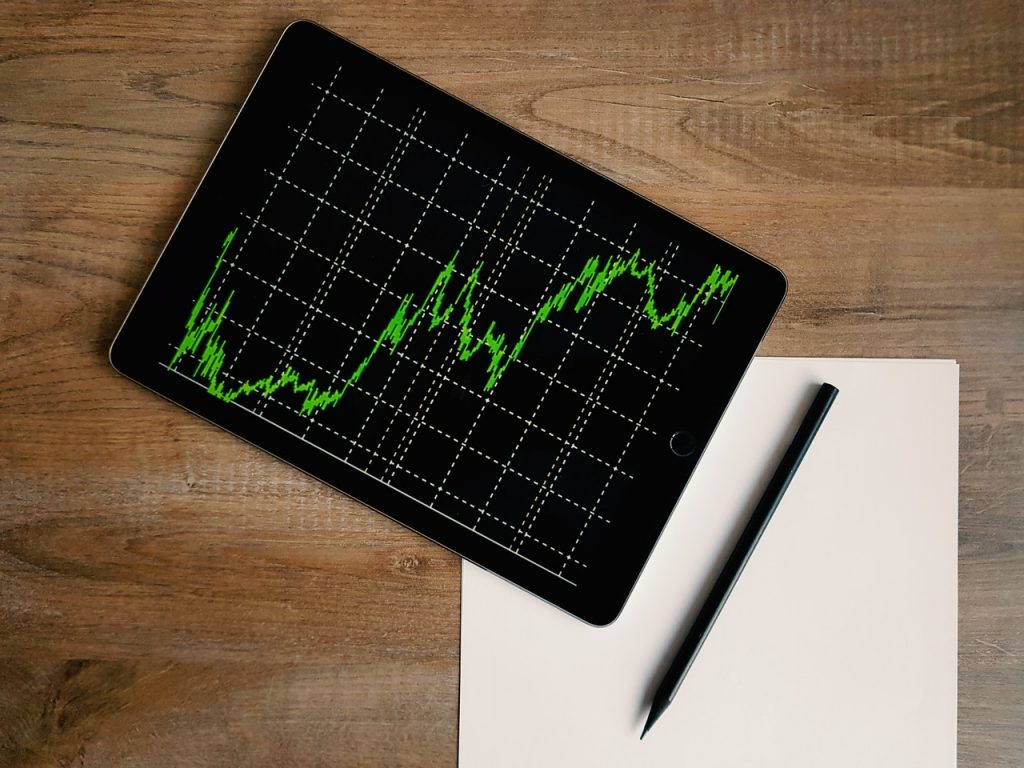 Chinese tech giant Baidu was trading sharply higher in US premarket trading today after the company’s fourth quarter earnings beat estimates. What’s the outlook for the stock and can it continue to rise further?

The company’s revenues increased 5% in the quarter to $4.6 billion. The revenues were slightly ahead of what analyst were expecting. In the full year 2020, Baidu reported revenues of $16.4 billion which were similar to what it had posted in 2019.

Baidu revenue reached US$16.4 billion with adjusted EBITDA reaching US$4.2 billion in 2020. Despite an unprecedented year, our business returned to growth and our profits were solid in the fourth quarter,” said Herman Yu, CFO of Baidu.

Along with posting better than expected revenues, Baidu also reported a spectacular earnings beat. It reported an adjusted EPS of $3.04 which was ahead of the $2.79 that analysts were expecting.

The earnings report also shows that Baidu’s investment in AI (artificial intelligence) is paying off. “Through years of investment in research, AI chip design, developer community, patents and talent development, we are turning AI into innovative use cases,” said Herman. 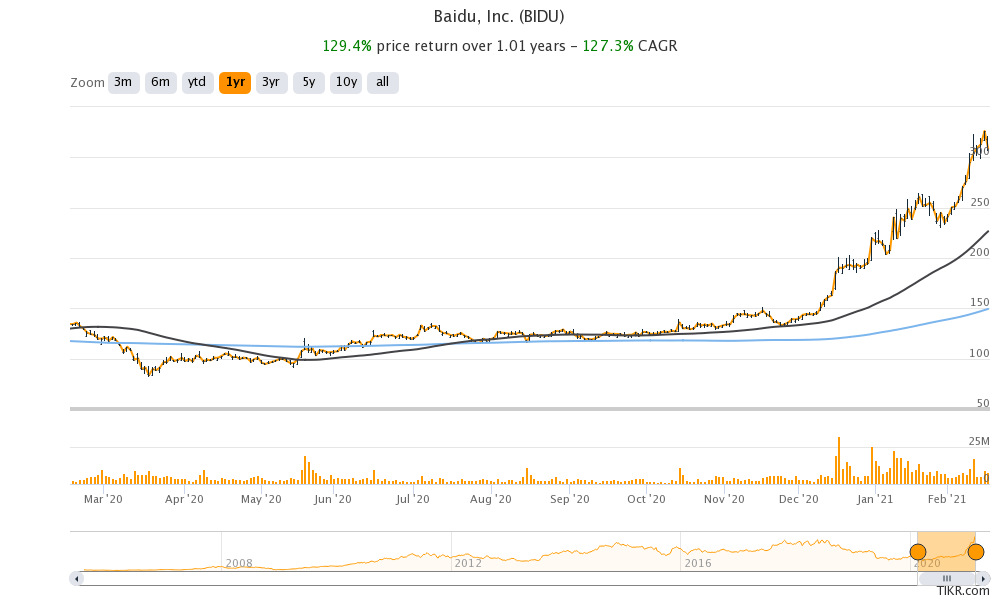 A play on artificial intelligence

He added, “For example, Baidu AI cloud differentiating with AI solutions grew 67% year over year in Q4, reaching an annualized run rate of US$2.0 billion.” Citing a research arm of the Ministry of Industry and Information Technology, Baidu said that it holds the maximum AI patents and applications in China.

In the current quarter, Baidu expects to post revenues between $4-$4.4 billion which would mean a year over year revenue growth between 15-26%. The guidance assumes core revenue growth between 26-39% in the quarter and no contribution from YY Live that the company is expected to acquire in the first half of the year.

What’s the forecast for Baidu stock?

Of the 38 analysts polled by CNN, 33 have a bur or equivalent rating while one rates it as a sell. The remaining five analysts have a hold rating on the stock. Over the last month, analysts have been turning bullish on the company. Earlier this month, Barclays lifted Baidu’s target price from $190 to $350 while China Renaissance Securities upgraded the stock from a hold to buy with a $325 target price. Mizuho also raised its target price from $250 to $325.

Baidu stock has more than doubled over the last year. It trades at an NTM (next-12 months) PE multiple of 26.9x which looks quite attractive. Along with growing its core business, the company is also investing in AI and autonomous driving which would be a long-term value driver. 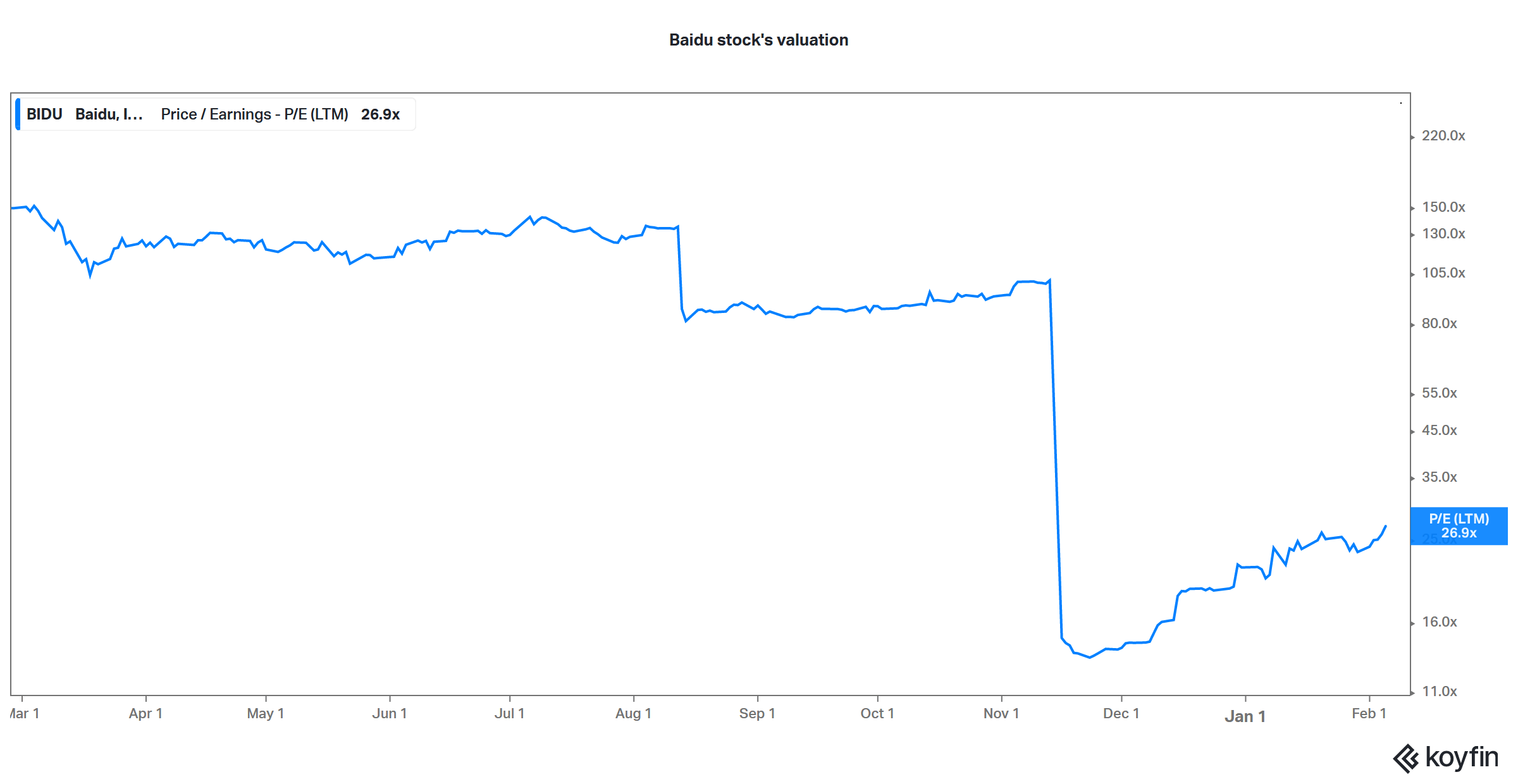 The company is working on robotaxis

Should you buy Baidu stock

Baidu looks like a good tech stock to buy looking at its strong growth outlook. The company’s AI and autonomous driving capabilities would help drive the stock higher in the medium to long term. Notably, AI and autonomous driving companies are attracting exorbitant valuation while Baidu’s valuation multiples don’t seem to reflect these businesses.

There are several ways to trade and invest in Chinese stocks. Some of the brokers let you trade in Chinese market stocks. You can also invest in stocks of Chinese companies that are listed on the US stock markets and select from any of the best online stock brokers. You can also invest in the Chinese market indices through binary options. There is a list of some of the best binary options brokers.

If you are not well versed in investing in stocks and still want to have exposure to China’s stock markets, you can consider ETFs. There are ETFs that give you exposure to a basket of emerging market stocks as well as those focused on China. There is also a guide on how to trade in ETFs