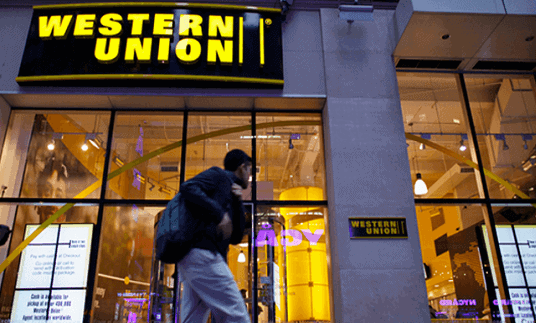 Western Union to report revenues of $1.09bn in the second quarter, down 18.6% year over year, according to analysts. Its earnings per share are expected to fall 20% over the period to $0.36. Digital financial transactions have increased in 2020 as consumers have preferred online payments to cash. The company competes against such rivals as PayPal, MoneyGram and TransferWise.

Western Union: Some improvement in May

Western Union’s business model is tilted towards the consumer-to-consumer (C2C) business, which accounted for 85% of the group’s revenues in the first quarter.

In its first-quarter earnings release, Western Union said: “As the virus has spread globally, the company has seen a significant decline in transactions, primarily in its C2C retail business, due to stay-at-home orders and economic uncertainty surrounding the severity and duration of the crisis.”

It added: “These trends continued in the month of April, but a small number of geographies and markets began to ease restrictions on a limited basis.”

Western Union also suspended its share repurchase plan and said that it cannot provide guidance on how much the pandemic could impact its 2020 earnings. Several companies have withdrawn their 2020 guidance amid the uncertainty over the coronavirus.

Global remittance volumes are down

In April, the World Bank said that it expects global remittances that form the mainstay of Western Union’s business to fall 20% in 2020. Western Union said that it finds the estimate “too pessimistic”, but admitted, “we are expecting remittance volumes to be down this year.”

The company said that the fall in total transactions was just 7% year over year in May as compared to 21% in April and almost 30% in late March to early April, the worst period in the pandemic. 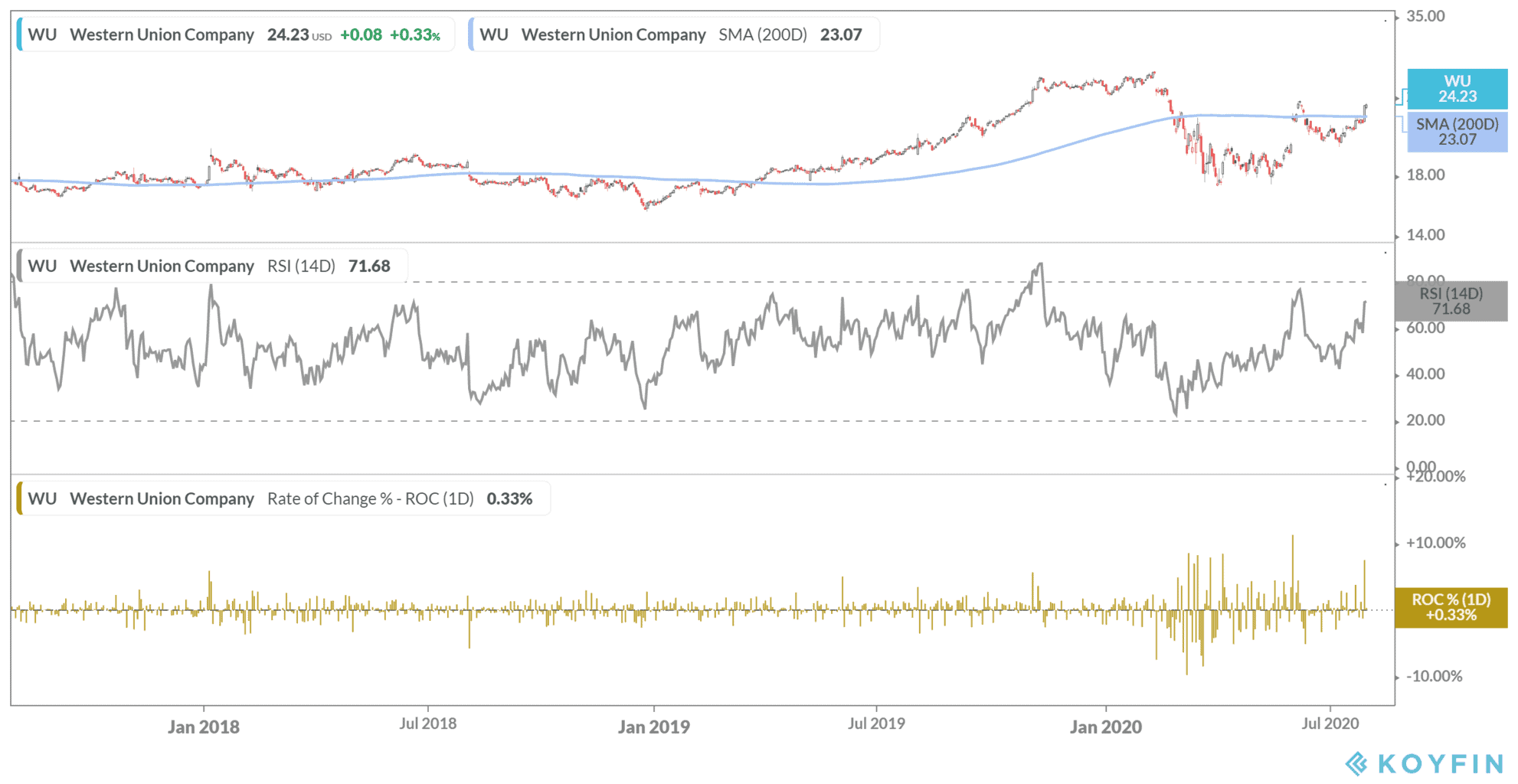 Weston Union shares are down 9.5% year to date, underperforming the S&P 500. Last week, Susquehanna raised the stock’s target price from $21 to $23. Western Union has a mean consensus price target of $22.25 that represents a potential downside of 8.2% over yesterday’s closing prices. Looking at the technical parameters, Weston Union has a 14-day RSI (Relative Strength Index) of 71.68, which indicates overbought positions.

You can buy or sell Western Union stock using any of the best online stockbrokers. Alternatively, if you wish to trade in Weston Union derivatives, we also have reviewed a list of derivative brokers you can consider.