US initial jobless claims are expected expect to fall to 920,000 on Thursday, and if correct would only be the second time during the pandemic that claims have come in under one million.

The date covers the week ended 22 August, according to the consensus estimates compiled by Trading Economics.

US jobless claims have been very volatile

Over the last 21 weeks, over 57 million Americans have filed for initial jobless claims, according to the Department of Labor.

Claims gradually fell in every week after peaking at 6.9 million in the last week of March.

In the week ended 8 August, they fell below 1 million for the first time during the pandemic. However, the trend reversed next week and claims unexpectedly rose above 1 million again.

Prior to the week ended 8 August, US initial jobless claims were above a million for 20 consecutive weeks.

Commenting on last week’s jobless claims data, Gus Faucher, chief economist of PNC Financial Services said “The amount of unemployment in the U.S. economy is gradually falling, but is still very high and the pace of improvement is slowing.”

“It is too soon to tell if the expiration of bonus unemployment insurance payments of $600 per week at the end of July has had any impact on the labor market,” added Faucher.

“The modest jump is a stark reminder that claims will likely encounter some turbulence as they fall rather than gliding in for a soft landing,” said Daniel Zhao, senior economist at Glassdoor. 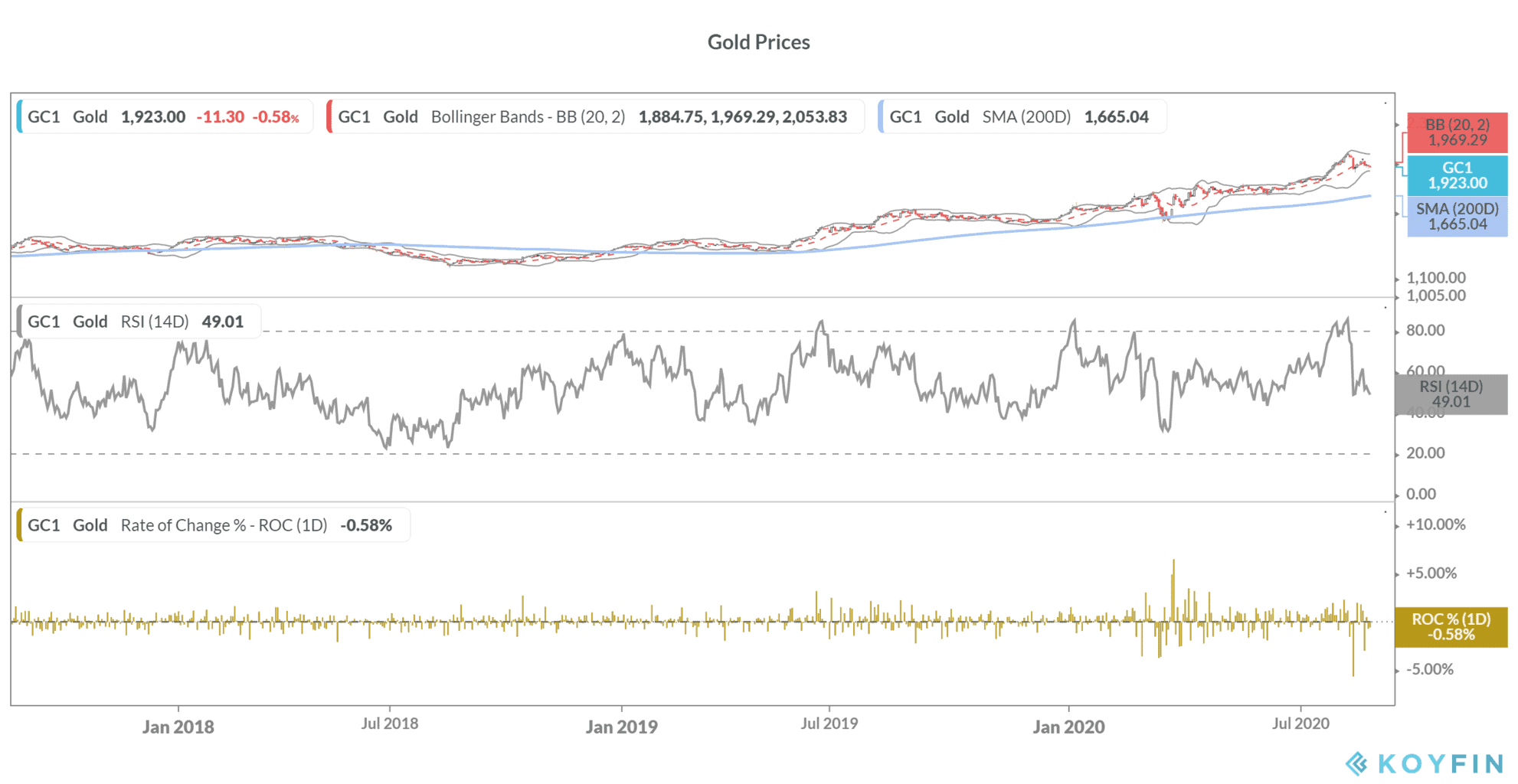 Gold prices, that had fallen over 3% last Wednesday, rose 0.5% on Thursday after US jobless claims rose above the one million mark. As a safe-haven asset, gold prices tend to well in periods of economic uncertainty.

While the Nasdaq index, the S&P 500 both hit record highs last week — but some point out that Main Street is not as healthy as Wall Street.

Faucher said: “Initially businesses were recalling a lot of workers as state restrictions were lifted. Now businesses are dealing with the reality that there’s a lot lower demand than there was at the start of the year.”

The uneven economic recovery could support gold prices. Most analysts are positive on gold especially given the expected fall in the US dollar.

You can buy gold through any of the reputed brokers for gold. You can also trade in gold through CFD (Contract for difference). We’ve compiled a list of some of the best CFD brokers