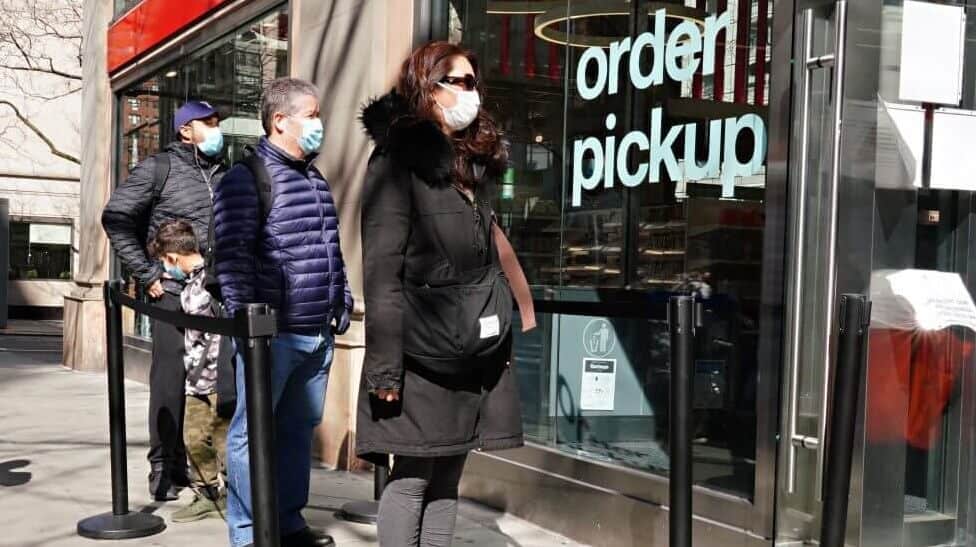 US retail sales are expected to post their steepest ever fall on Friday, covering the first full month of lockdowns across the country.

Shop sales are set to plunge by 11% in April when the Commerce Department releases its data, according to JPMorgan.

This follows the March report, which suffered an 8.7% month-on-month fall, which was then the biggest drop in retail sales since records began, even though many stores were open for around three weeks of that month.

Retail spending – along with employment – is seen as a barometer of America’s economic health. Just under three million Americans signed on for unemployment benefits for the week ended 9 May, the Labor Department said on Thursday. Over the last two months, over 36 million Americans have lost their jobs since the coronavirus has shut down large sections of the US economy.

This unemployment rate and the collapse in shops sales, has been behind the push by President Donald Trump and a number of US states to reel back health restrictions this month, allowing businesses to open. This comes against warnings from the federal government’s own doctors that the rapid easing of restrictions risks a more costly second wave.

Deep cuts in Main Street spending in March give an indication of how brutal April is expected to be.

Figure: US month-on-month retail sales since 1992

Sales at clothing stores halved in March, sporting goods, hobbies and book stores were down 23%, and motor vehicles fell just over a quarter. One of the few bright spots, was that food and beverage purchases rose 26%, as people stockpiled food and ate out less.

Fashion chain retailer J Crew became the first major chain of the crisis to file for bankruptcy last week, followed by department brand Neiman Marcus. JCPenney (JCP), the 118-year-old department store, is reported to be working on its own bankruptcy filings, which could be lodged as early as the end of the week.

“Getting back to work or shopping in a pre-virus manner is difficult to predict at this time, with households likely to tiptoe back in rather than making an immediate return to the lives they experienced before,”  National Retail Federation Chief Economist Jack Kleinhenz said last week.

He added: “As states begin to slowly reopen and assuming the coronavirus does not come back, the economy should begin a process of gradual recovery. My overall impression is that the recovery will have fits and starts among states, regions and cities depending on the severity of the pandemic in their localities.”

Economists will study one of the few sectors that has lifted during this period, online retailers, led by Amazon and others.  Ecommerce accounted for 11.4% of US retail sales at the end of last year, but online platforms jumped to 30% of the overall picture year-on-year in March and early April, according to data body Rakuten Intelligence.