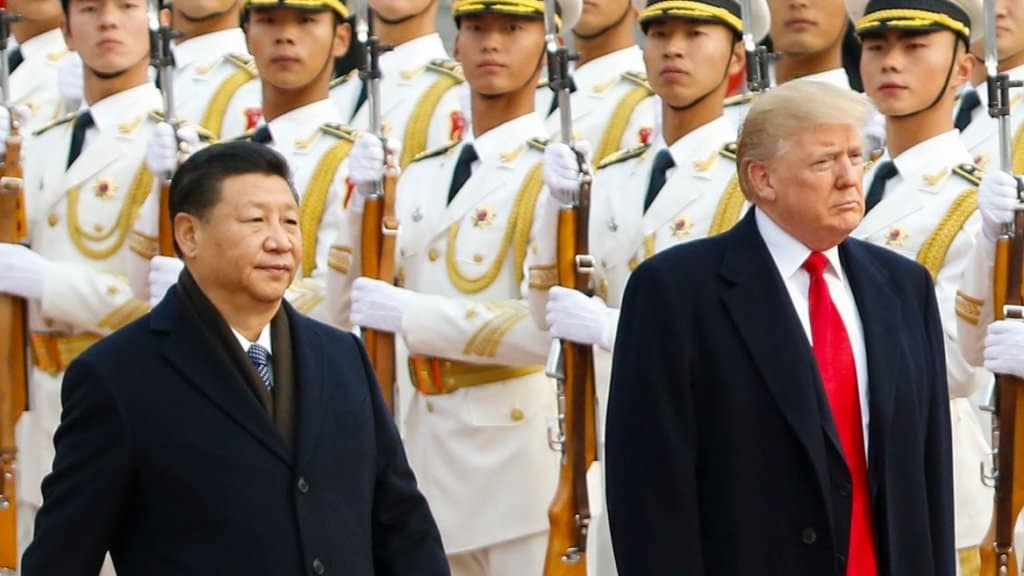 US-China relations are worsening deteriorating as each week goes by with both governments escalating trade threats and exchanging regulatory punches that threaten a wide range of industries including technology, energy and air travel.

Both countries have blacklisted each other’s companies, barred flights and expelled journalists. The unfolding events have caused waves of unrest among global markets as companies grow more nervous the trading landscape may undergo dramatic changes.

“There are many industries where US companies have made long-term bets on China’s future because the market is so promising and so big,” Myron Brilliant, the US Chamber of Commerce’s head of international affairs told Bloomberg. Now, they’re “recognizing the risk.”

Meanwhile, China, led by President Xi Jinping (pictured, left), is trying to avoid measures that could backfire, according to Shi Yinhong, an adviser to the nation’s cabinet and a professor of international relations at Renmin University in Beijing. Any sanctions on US companies would be a “last resort” because China “is in desperate need of foreign investment from rich countries for both economic and political reasons.”

In the months ahead of US presidential elections in November, the pressure is expected to increase with US President Donald Trump (pictured, right) continuing to blame China for causing the coronavirus pandemic, accusing Beijing of “illicit espionage to steal our industrial secrets” and threatening the US could pursue a “complete decoupling” from its communist rival.

Several companies on both sides have already been affected by the US-China feud. China Mobile Ltd, the world’s largest mobile operator, was blocked from entering the US due to security concerns. The Trump administration also tried to constrain the global reach of China’s Huawei Technologies Co, the world’s largest telecommunications equipment manufacturer.

Meanwhile, China restricted US airline flights into the country for more than two months and, after the U.S. imposed visa restrictions on Chinese journalists, it retaliated by expelling American journalists. US companies are facing severe scrutiny with China’s state news agency casting one probe as a warning to the White House. China also has long made it difficult for US telecommunications companies to enter its market, requiring overseas operators to co-invest with local firms and requiring authorization by the central government.

One of the most serious steps towards the escalation of the US-China feud has been the Trump administration’s campaign to contain Huawei by seeking to limit the company’s business in the US and push allies to shun its equipment in their networks.

US automakers have also suffered the impact of the US-China feud with Ford Motor Company’s main joint venture in China becoming the target of a fine for antitrust violations in June.

Another source of tension comes from the aviation sector, as both countries squabble over access to their skies. China’s decision to limit US airlines operations to those services scheduled as of 12 March hurt already struggling carriers. Flights by United Airlines Holdings Inc, Delta Air Lines Inc, and American Airlines Group Inc had already been suspended to and from China because of the coronavirus pandemic and the US government has been trying to raise the airline sector back on its feet with a $25bn bailout.

With the US now threatening to ban all flights from China, the on-going US-China feud could jeopardize America’s economic recovery, as well as dampen foreign investment in China.