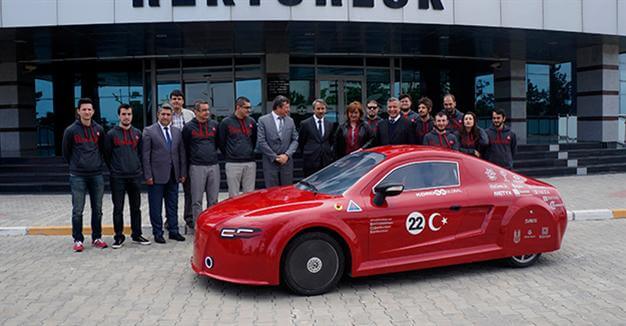 Tesla Motors Inc is getting a look at another potential builder of electric cars. As per Turkey’s science minister, Turkish initiatives like the Pehlivan Elektrak – an electric car – could be an improvement over the models built by Tesla. It is still not certain when (and if) large-scale production of the car will begin.

Safer and better than Tesla cars

Fikri Isik – Turkey’s Science, Industry and Technology Minister – said “Our car will be better and safer than Tesla’s car.” The Hurriyet Daily News quoted the Minister saying “While they (Tesla Motors Inc ) need to establish charging stations, we will integrate the charging station into the car thanks to a developed engine which extends the car’s range.”

Speaking to the reporters, Isik said they will need a producer to begin production, and they will announce crucial cooperation deals for this part very soon. Isik added that TÜBİTAK (Scientific and Technical Research Council of Turkey) will develop the required technologies and the prototype. When asked if Fiat was among the interested companies, he answered ‘yes.’

Tesla has been the inspiration

Isik further told they are happy with their electric car technologies choice after an emission scandal with Volkswagen. To see over 400,000 preorders for the new electric car – Tesla Motors Inc Model 3 – and that too before the EV has even reached the market is a huge accomplishment, said the minister, who admitted the example of Tesla accelerated their process.

Turkey’s car project is more than the development of a car, and will bring many other technologies to the country, said Isik. “One of the world’s largest battery manufacturers offered us to make production jointly. We have already built cooperation with Bosch in the framework of our car project,” the minister said.

By 2018, TÜBİTAK wants to produce the range extender conventional engine in Turkey, and have the intellectual property rights of the technology, said Isik. TÜBİTAK works on a domestic automobile platform based on the Saab 9-3. To produce a developed car over the platform, Turkey acquired a license from carmaker NEVS for 40m euros. Last year, the Turkish government declared a tie-up with Sweden’s Saab in its bid to launch a new “national car” fueled by electricity.

“The two-cylindrical gasoline-powered engine with a 1 liter capacity, which will also serve as a generator, will work with high productivity at around 35 percent,” Isik said.

They are working on a driverless car project as well, said the representatives from TÜBİTAK.

Does Tesla have anything to worry about here? Not likely, but it seems that nearly every week or so we hear another announcement about a new EV project. The trend toward EVs and safety is super clear and fortunately for Tesla, they are in the lead – so far.