Tesla Motors Inc wins when it comes to electric vehicles, yet almost every big automaker has made some kind of electric vehicle or is promising to make one including GM, Ford, Nissan and Honda. Yet one not so popular name that could take the fight to Tesla is Kia. The company is working on a Kia Soul EV, says a report from Yahoo. 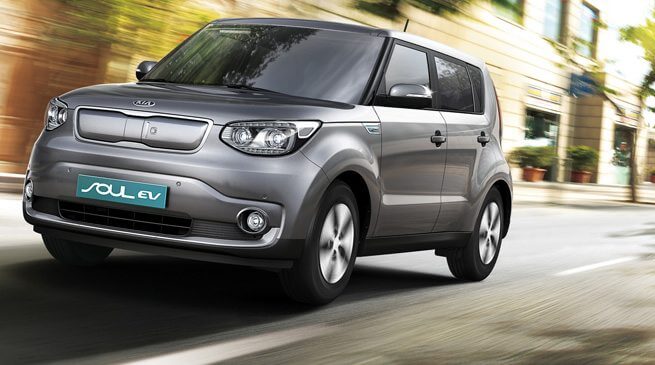 Kia Soul EV is a car that would cost around $32,000 or $24,500 after the tax break. This pricing would make the Soul EV one of the most inexpensive electric cars on the market. Even Tesla’s “mass market” – the Model 3 – is costlier and will probably start at $35,000.

Though Tesla cars have better mileage, Soul outpaces most EVs, including Chevrolet Volt, with a maximum range of 93 miles. Steve Kosowski, Kia’s manager of long-range strategy and planning, says “It’s a niche, for sure,” and “It works globally in urban markets like New York City, Los Angeles, Seoul, Frankfurt.”

Kia is not trying to sell its Soul EV to everyone. Kia only sells where it gets customers whereas Tesla Motors Inc has a goal to electrify the entire auto industry. The Soul EV is available only in a few states, and Kia markets only in areas where people have previously shown interest in the Kia Optima Hybrid, which went on sale in 2011.

Kia’s Soul has a peppy torque off the line like many electric cars, and has received strong reviews for good value, crisp handling and a roomy interior. As per Inside EVs, Kia has sold 150 Soul EVs in 2016, well below the 85 sales per month of last year.

An important factor behind the automakers sudden attraction towards electric cars is the government, which is raising the pollution standards, mostly compelling them to build cars that don’t burn gasoline and diesel. However, the ascent of EV’s has been slowed by low gas prices, and compared to 2015, the overall sales are down 23% this year.

Tesla Motors Inc should be praised for putting into practice the direct-to-consumer sales model, a sales strategy that removes the dealership, and sale and delivery is done by the automaker itself. A California-based startup – Roadster – is working to expand the concept by giving the car buyers a way to buy almost any car from 35 different automakers.

Roadster Express the company’s new service provides a car-shopping experience that’s completely online. Brand new vehicles from makers like Toyota, Honda, Subaru are sold on the platform. Roadster COO – Rudi Thun told – BI, “It’s simple, self-service interface that gets you through the entire transaction,” and then “then you’ll schedule delivery, and we’ll bring that car to your house.”

Roadster Express is an extension of its premium service, Roadster Concierge, an option geared toward vehicles that were difficult to find. Roadster Express specializes in cars that are widely available and mostly cheap like Toyota Camrys, Acura MDXs and Chevy Volts; cars priced around $20,000 to $40,000 range.

Dealers who partner with Roadster Express pay 1.25% of the price of the new-car sale to the startup. In return, the dealers not just receive a sales lead, but a complete new-car order generated and executed by Roadster. As of now, Roadster Express is only available in California, but it is planning a nationwide expansion later this year.

In pre-market today, Tesla shares were up over 1%. Year to date, the stock is down almost 5% while in the last one-year, it is up almost 23%.