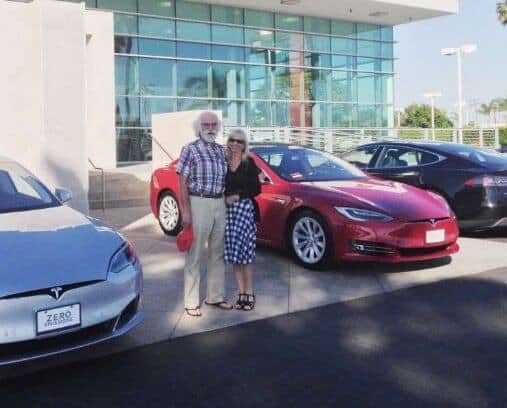 Tesla Motors appears to be a brand that targets the young, rich, tech-savvy, eco-conscious and Mercedes- driving buyer. Yet, the assumption that Tesla buyers all fall into the aforementioned stereotype is a hasty generalization. Tesla’s appeal to buyers is broadening. The firm posted a customer story on its website and it underscores the appeal of its brand beyond the usual stereotypes. 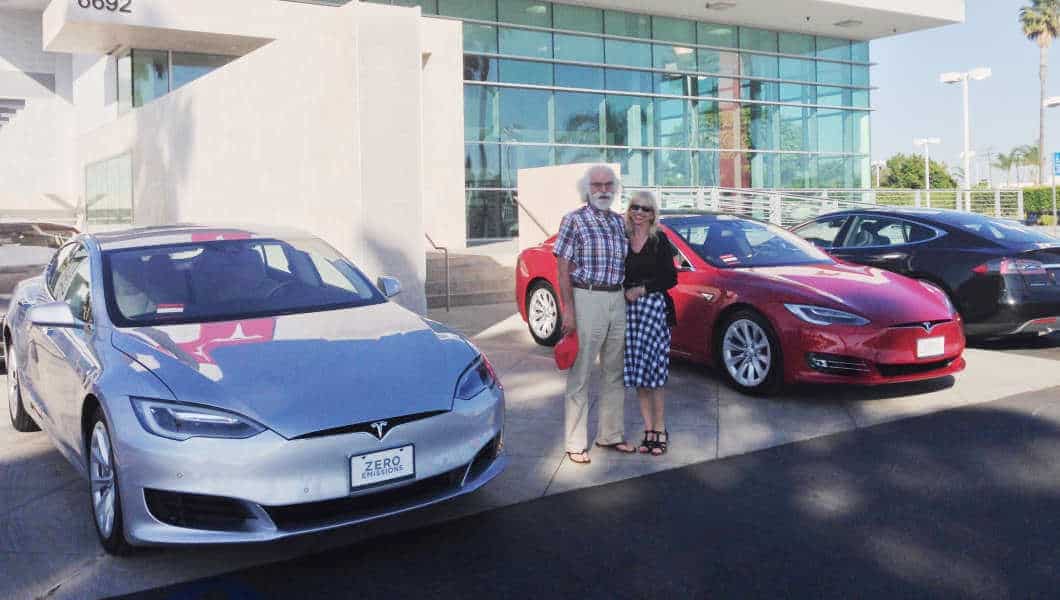 A Model S Surprise after 29 year driving an Acura

The latest post tells the story of Vern and Sandy Padgett bought two Model Ss within three months even though they were initially planning to buy a Model 3. Vern says, “I always wanted to buy a Tesla, but I just never saw myself as the owner of a car that expensive. I drove the same car for 29 years, an Acura Integra. It now has 223,000 miles on it. It’s a fine car, but after 29 years, I didn’t feel bad about upgrading.”

Vern says he was on the line to drop a deposit for the mass market Model 3 at the Buena Park Service Center when a semi loaded with six Model S pulled up. He says, “I said to myself “Hey, I could buy one of those right now!” Not because I wanted a luxury sports sedan, but because I wanted to be part of Elon Musk’s mission. And I wanted to do it now.”  The rest his history – Vern bought the Model S for himself when he went ahead to order another one as a surprise present for his wife. Rounding up the story Vern says, “This was something I knew we would treasure for a long time. The Model S was a wonderful present and our experience will be a memory of a lifetime!”

Some will argue that Vern bought the cars because he could afford them, and they’ll be right. However, the fact remains that Vern has been following the Elon Musk’s story since the days of the Roadster but he didn’t place an order until now. With the Model 3, there’s a Tesla that many people can afford and it would be interesting to see an explosion in new orders once the Model 3 begins delivery.

In other news, Tesla Motors can’t seem to compete with smaller and nimbler rivals in the EV space – at least when it comes to finding, keeping, and retaining top talent. Latest news report has it that Kurt Thywissen, one of the early members of the team and Senior Engineering Manager of UI & Autopilot Software at Tesla Motors has left the firm. Thywissen joins the growing list of key executives who have left the firm to join startups in the EV niche and this exodus often slows Tesla down from reaching its goals

Interestingly, Thywissen didn’t leave Elon Musk to join Faraday Future or Atieva; rather, he has left to join NEXTEV. NEXTEV is a Chinese EV startup with an engineering facility in Silicon Valley. Earlier this year, NEXTEV poached engineering program manager, Henry Wang from Tesla. NEXTEV is working on developing intuitive interaction between humans and self-driving systems to in order to build a smooth transition from “human driving mode” to “machine driving mode”.

NEXTEV had been working under the radar for a while but the firm seems to have what it takes to be a serious contender in the self-driving industry. The firm has raised about $1B in funding some of its biggest backers include Tencent Holdings and Sequoia Capital. Thywissen position at NEXTEV is the “Senior Director of Human Machine Interaction” and he will work in the firm’s “Digital Cockpit Team”.