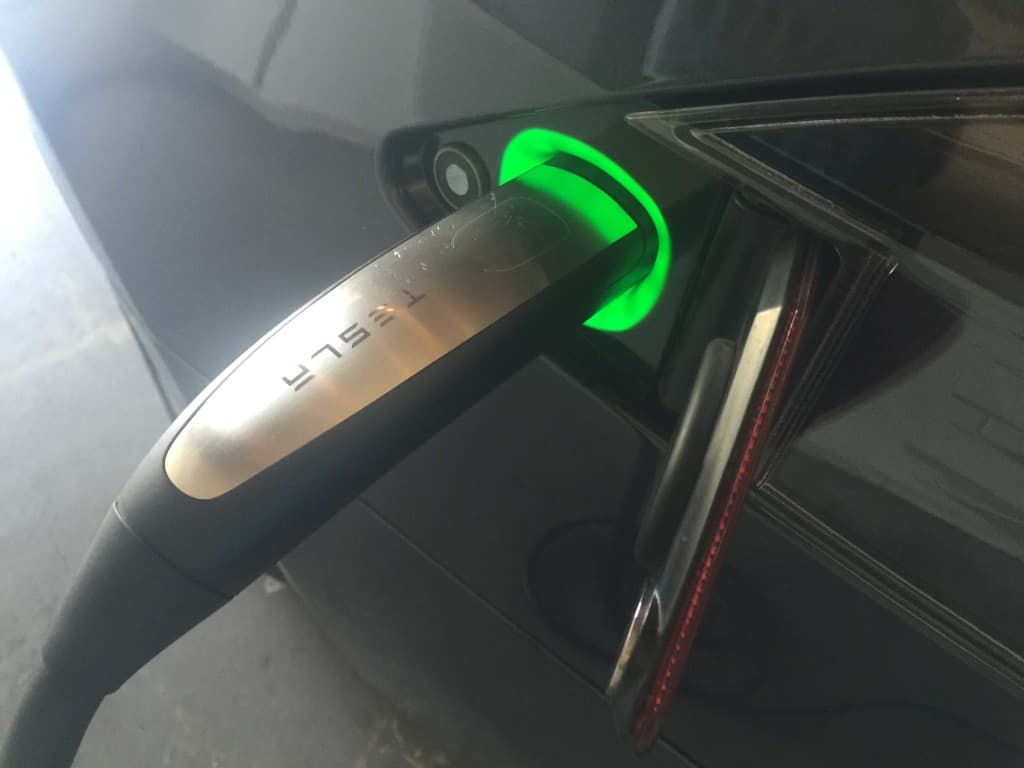 Elon Musk may have just had the rug pulled right out from under him. After several months of unyielding hype, Tesla Motors Inc  will finally reveal the newest addition to its EV line-up tomorrow evening. Yes, Thursday the 31st of March is only one sleep away. However, a new report from Electrek just today is answering some of the biggest questions about the Model 3 via leaked info from a “second hand source”. The leaked details include design, range and features.

Still, the sheer excitement of the Model 3’s unveiling will probably keep many EV fans from dosing off. Large hoards of prospective buyers are expected to be lined up outside Tesla stores around the world when the sun comes up tomorrow. There stands to be no shortage of people who are eager to become a part of the world-famous and exclusive Tesla brand at a discount. After all, the upcoming Model 3 promises to be the EV maker’s most inclusive car yet.

Future Tesla owners and investors want to be reassured

Although, Model 3 buyers aren’t the only ones who stand to endure a restless evening tonight. The anxiety is bound to get to other stakeholders too. Tesla Motors undoubtedly has the EV world all giddy with excitement, but there are a lot of important questions about its Model 3 that have purposely been left unanswered. It is hoped that more will be revealed tomorrow night.

But CEO Elon Musk did say that in-depth specifics about the Model 3 will only be shared closer to the car’s production. So, the question is, will Elon Musk  spill the beans at Tesla Model 3 unveiling and how much information will be withheld? It is this coy approach to the new Tesla’s introduction that has probably left investors anxious and equally annoyed. At this point, we have a better idea of how the Model 3 will be showcased than the actual car itself. Bearing this, every new detail about the affordable Tesla will go a long way towards either alleviating or adding to the concerns of investors.

As the Model 3 event begins to broadcast live around the globe tomorrow night, we will all be hoping to learn a lot more about the EV that has firmly held our attention since its announcement months ago. There are definitely few vital points that both investors and potential buyers should look out for.

What we know about the Tesla Model 3

By now, we all know that the Model 3 will initially sell for $35,000 in a basic configuration. This is clearly the most appealing aspect of the new Tesla. Though it is also no secret that despite selling the world’s most sought-after luxury cars, Tesla Motors Inc  continues to fail in making a profit. It is this, the automaker’s first mass-market EV, that is expected to help turn all this around. But if the world’s best EV producer can’t gain positive figures selling $100,000 cars, how does it expect to do so at a third of the price?

Analysts and industry expects across the board are pretty much in consensus when it comes to the Model 3’s true cost. That is, the car can’t possibly be worth $35,000. Many reports have pointed out that, Gigafactory or none, the costs of making the upcoming mid-range car will be significantly higher than the seductive price tag it flaunts.

It is at this point where we realize that the Model 3 probably won’t have most of the luxuries that come with its high-end counterparts. Actually, the smart business move would be to offer most of these famous and luxurious features as additional extras. The rational question to ask in regards to the Model 3 is not whether Tesla will exclude a lot of the Model S- and Model X-like qualities from it, but to what extent will they be used to make up for losses?

In fact, a new report from Electrek revealed today that a well equipped Model 3 will approach the $50k – $60k price range – that’s in striking range of the entry level Model S!

Once we understand what Model 3 buyers stand to go without, we can get to the essential answers we’d like from Mr. Musk tomorrow night. Note that the answers to these questions won’t only relieve investors or further worry them, but what makes investors happy will probably make buyers think twice about getting themselves a the new Tesla as well. Perhaps there’s a reason other than just building hype that lies behind why Tesla has been holding out on details. It’s also worth pointing out that a huge number of people will have laid down a deposit on the Model 3 tomorrow several hours before they truly find out what they’ve signed up for.

That being said, those who aren’t entirely sure whether getting a Model 3 will be worth it may want to hold off until after the car’s reveal event before making their reservations. Sure there are great opportunities at stake too, but it’s safe to assume Tesla wants to get the most from the ill-informed.

What will come with the basic configuration?

At the unveiling tomorrow, we’d like to know if Model 3 owners will get the unlimited and free use of Superchargers that is offered to Model S and Model X owners. Perhaps the mid-market EV will only come with free charging for a limited time only? Regardless, I personally think it’s vital for any vehicle buyer to know exactly how they would have to go about refueling their car.

Will the Model 3 come with the famous Autopilot features that have helped add an entirely new, fun and uniquely luxurious element to the Tesla brand? If not, how much will it cost to be able to add them to the Model 3? Will they be an option at all? Recent news reports that Tesla is offering to upgrade Model Ss without the components to enable Ludicrous Mode for $10,000. Will a similar cost be attached to its mid-range EV?

Other bells and whistles?

What will the car’s interior look like and to what extent will the electrical gimmicks seen on its other cars in included? That 17-inch touchscreen monitor would be a really nice inclusion.

The average car buyer and investor would also want to know whether Tesla has learned from its past manufacturing mistakes. It’s self-opening doors have been on the receiving end of a lot of criticism in the past. Many buyers consider them to be inefficient and hasslesome. Does Tesla recognize that the mid-market, which the Model 3 is primarily aimed at, is not as forgiving as the high-end buyers it is used to? We’d like to know to what extent Tesla Motors has considered value for money with the Model 3.

Sticking with its setbacks, investors and buyers would probably like a progress report on the Gigafactory as well. Tesla itself has said that the plant’s on-time completion will be essential towards ensuring the cheap and fast production of the Model 3. Any delays in delivery for the mid-market won’t be so easily shrugged off as it has in the past. Again, the company is dealing with an entirely new kind of buyer here. Normal car buyers have shorter pockets and far less time to spare. To what extend does Tesla realize this?

The Model 3 is affordable but not cheap

The EV firm should also understand that it’s the exclusive car brand that the mid-range buyer is after and not a cheap EV. The market is already filled with affordable EVs and even more competitive rivals are on the way. What people are really excited about is being able to get a themselves a Tesla as a discount. Delays and other disappointments can easily water down the worth of the Model 3 in the eyes of the average car buyer. People looking for an affordable EV can easily lose interest and turn their attention to a few of the upcoming Tesla rivals who have had no history of long and costly setbacks.

When will the Model 3 actually be delivered?

Finally, will the Model 3 actually be delivered on time? It’s bad enough for mid-market consumers to have to wait over a year to get the car they paid for. Any further sort of holdup would definitely have a poor effect on the Model 3’s appeal. For investors, a lot will rests on the assurance that the Model 3 schedule will remain on track. It also would be very nice to hear a more accurate date of release from Musk.

The hype surrounding Tesla Motors Inc ‘s fourth vehicle has done a lot to inspire more investment lately. Tesla shares have grown to $230 from $140 in the last seven weeks alone. After tomorrow night, we shall see whether investors are still as enthusiastic about the Model 3 as they were before.